For the first time in October 2020, converted super cruisers with V2 engines raged over the Laguna Seca race track. The motorsport organizer MotoAmerica called for the King of the Baggers, and 12 machines and courageous drivers competed in the spectacular competition.

The fans loved it, the drivers had a lot of fun. Accordingly, MotoAmerica decided to expand King of the Baggers into a full racing series.

“Honestly, the MotoAmerica King of the Bagger’s debut race at Laguna Seca went better than we could have dreamed,” said Wayne Rainey, President of MotoAmerica. Accordingly, the decision was made to expand the course further. The whole country is covered with the new racing series. It is also hoped to attract new teams and drivers.

King of the Baggers 2022 ist Indian

The prestigious King of the Baggers title goes to Tyler O’Hara with his Indian Motorcycle and S&S team at the end of the 2022 racing season. It rained at New Jersey Motorsports Park on the last of the seven race weekends of the 2022 season. Tyler O’Hara lurched wildly to 2nd place and enough points to win the overall standings. It’s the second KotB title for O’Hara and the Indian S&S team. They had already won the legendary kick-off event in autumn 2020 together.

After Harley-Davidson had won the 2021 season, Travis Wyman of the Harley-Davidson Screaming Eagle team was still in first place with a three-point lead in the overall standings before the last round in New Jersey. But in the wet race in New Jersey, where all the diggers started to skid dangerously, Travis Wyman fell on the second lap. And while trying to overtake the other Indian factory driver: ex-MotoGP racer Jeremy McWilliams. Travis Wyman was then able to continue, but he had fallen too far behind. The points for second place were enough for his competitor Tyler O’Hara to become KotB Champion 2022. By the way, the winner of the last KotB run in New Jersey in 2022 was Kyle Wyman – Travis Wyman’s older brother and KotB Champion 2021.

Harley-Davidson won the title in 2021

Harley factory rider Kyle Wyman was undeterred by Indian’s first win and took the top step of the podium at both Road America in Wisconsin and the season finale at Laguna Seca. This makes Wyman on Harley the King of the Baggers 2021. 2nd place also goes to main competitor Tyler O’Hara on his S&S Indian Challenger. The private team Vance & Hines Harley-Davidson with driver Hayden Gillim can claim 3rd place in the championship. Fun fact: With starting number 155, Superbike champion Ben Bostrom started on a Feuling Harley in Laguna Seca. 5th place was the result for the old master.

On May 2nd, 2021, the first race of the King of the Baggers took place at the Michelin Raceway Road Atlanta course. The Mission Foods S&S Cycle Team dominated the weekend: With the victory on Sunday in 12:58.498 minutes, the team confirmed the performance of the Indian Challenger with Tyler O’Hara in the saddle, which was already apparent in the free practice sessions and the qualification. Second place goes to the Harley factory team with driver Kyle Wyman. In a fairing-to-fairing finish, the Indian edged out the Harley by a mere 0.454 seconds after eight laps. The fastest lap on the four-kilometre track in Atlanta with many high-speed passages and few corners was just 1:36.392 for the winning Indian. The second-placed Harley stayed just behind with 1:36.651. Third place again goes to an Indian team, that of Roland Sands Design: The RSD Challenger needed a total of 13:24.250 for the eight laps, the fastest race lap was driven in 1:39.626. So in each case significantly slower than the factory Harley and the winning Indian. Six of the seven starters were able to finish the race.

Indian Motorcycles is now also officially joining the King of the Baggers and is presenting itself as a sponsor of the series. Furthermore, Indian provides a workshop truck at each of the races in order to be able to offer the Indian drivers the necessary factory support. In 2020 Indian still officially drove the races with a converted Indian Challenger and won. Last year’s winner, Tyler O’Hara, will be back on the S&S-built bike in 2021. 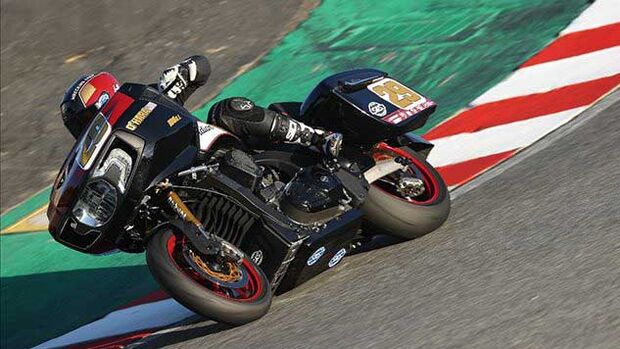 Harley-Davidson announced a good three weeks before the start of the season that it would be fighting for the King of the Bagger crown with a factory team. For this purpose, the Screamin’ Eagle Factory builds a current Harley-Davidson Road Glide Special and uses the street-legal Milwaukee Eight 131 with 2,247 cc and a good 180 Nm. The driver will be Kyle Wyman. A highly experienced road racer in the US, six-time AMA Flat Track Champion and Daytona 200 winner. In addition to the commitment, Harley is also offering $30,000 to allow more Harley riders to compete in the King of the Bagger races . 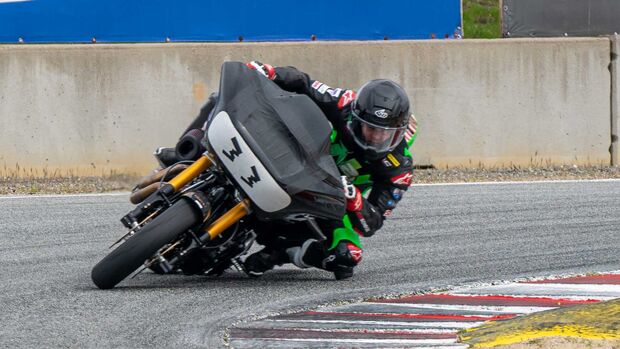 The series, which fuels the fire of one of motorcycle’s oldest rivalries – Harley-Davidson vs. Indian – kicks off April 30 – May 2, 2021 at Michelin Raceway Road Atlanta in Braselton, Georgia. And ends on July 9th and 11th at the famous Laguna Seca in California with the infamous Corkscrew chicane. In between there is a race weekend between June 11th and 13th at the Road America Ring in Elkhart Lake in Wisconsin. 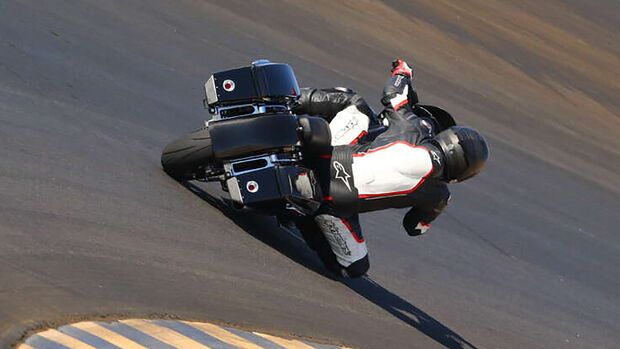 While the debut of the King of the Baggers was an invitation, the 2021 series is open to all qualified AMA Licensees, with championship points accruing at each round and a national champion crowned at the end of the season.

When such 300-kilo chunks are maneuvered over racetracks by experts, it’s quite spectacular. In addition, Big Twin drivers and fans can be tied to the racing action. Clever plan, nice to look at – and in the end either Harley-Davidson or Indian have won so far.

BNP Paribas believes that Spain will enter a recession and will grow 0.5% in 2023