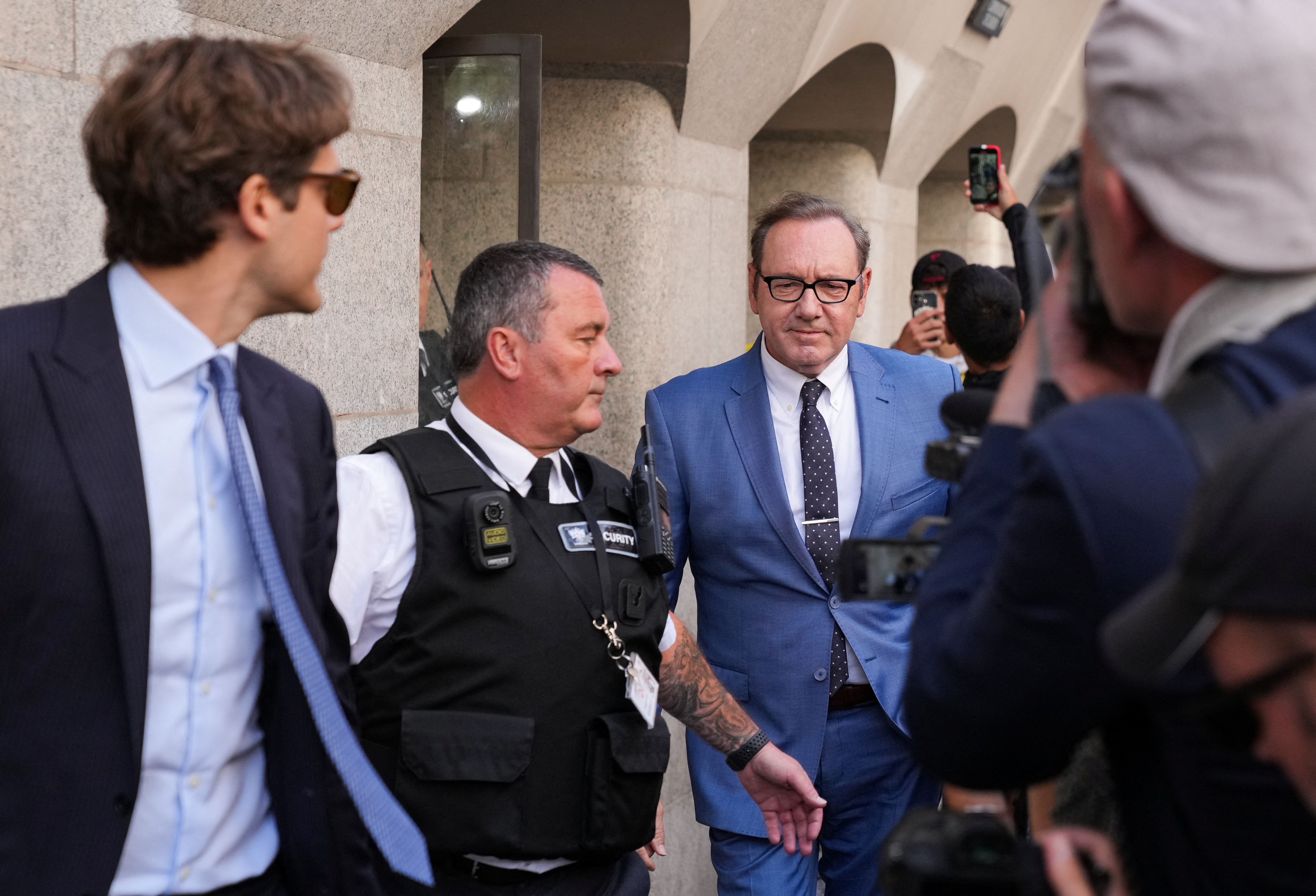 “Not guilty”. This is how actor Kevin Spacey responded this Thursday at the Central Criminal Court of England and Wales, in London, to the charges against him: four accusations of sexual assault made against him by the London Metropolitan Police, plus a fifth charge that implies non-consensual penetration of another man. The alleged crimes were committed between 2005 and 2013 against three men who are now in their thirties and forties. Four of them occurred in London and one in the town of Gloucestershire, west of England.

Wearing glasses and a pale blue suit, he has been sitting listening to the hearing for 20 minutes. In it, freedom without bail has been decreed and the trial date has been set: June 6, 2023. The actor faces a trial in which, if found guilty, the penalties would range from six months of imprisonment or fine, to life imprisonment.

It was on May 26 when the United Kingdom’s Crown Prosecution Service (CPS) announced its decision to prosecute American actor Kevin Spacey, 62, for four crimes of sexual abuse. “Likewise, he has also been accused of forcing a person to engage in penetrative sexual activity without his consent. All the charges are the result of the final review of the evidence collected by the Metropolitan Police during their investigation, ”explained then Rosemary Ainslie, head of the Scotland Yard Special Crimes Division.

In the middle of June, the British justice initiated the process against Spacey and, in a preliminary hearing, the charges were communicated to him. During that first session, Judge Tanweer Ikram allowed the actor to be released without bail, as has happened again in this second hearing in which the actor has denied the facts, as he also indicated through his lawyer, Patrick Gibbs, in June: “The actor strongly denies any criminal activity in this case.”

The star, star of legendary films such as Glengary Glenn Ross, The Usual Suspects, LA Confidential, American Beauty or the House of Cards series, publicly revealed in 2017 that he was gay, shortly after actor Antony Rapp had accused him of raping him when he was 14 years old, in 1986. Spacey was 26 at the time. After a party, the Star Trek Discovery actor told Buzzfeed News, Spacey jumped on his bed and tried to molest him. It was the Weinstein case, and the movement that spawned MeToo, that encouraged Rapp to take the plunge. From that first accusation, up to 30 more men assured that they had been victims of the actor’s sexual abuse.

In recent years, some of the processes against Spacey have ended with dismissal, due to prescription of the crimes or because the accusing parties or the Prosecutor’s Office decided to drop the charges. Through lawsuits in civil jurisdiction, however, the actor has had to pay compensation worth several tens of millions of dollars. On July 17, 2019, the last criminal process against the actor was closed, when the anonymous masseur who accused him of sexual abuse died.