Jean-Pierre Lumaret: “To remedy the problem of cattle excrement in Australia, dung beetles were imported from Africa and Europe” 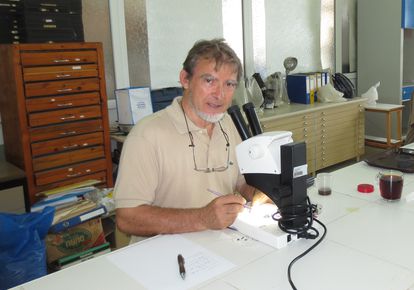 The importation of dung beetles from Africa and Europe, also from Spain, to try to solve the problems caused by the accumulation of livestock excrement in Australia is one of the most paradoxical examples of the key role of insects. At 75 years old, the French entomologist Jean-Pierre Lumaret, from the CSIRO laboratory (Commonwealth Scientific and Industrial Research Organization) in Montpellier, continues to participate in the Australian introductions of beetles, now coming from Morocco. As this researcher points out, dung beetles provide humans with essential services for free, however, “the case of Australia shows that if we eliminate them, a serious problem is generated that is expensive to remedy.”

Ask. How did Australia’s problems with cattle droppings come about?

Response. The first settlers who arrived in Australia introduced cattle, sheep, horses. At first, there were only a few animals, but in the 1960s there were already 30 million cattle and 77 million sheep. This represents a huge amount of excrement, since an average cow produces about 12 dung per day, which means between 350 and 400 million defecations per day, 33 million tons per year. The problem is that in Australia this huge amount of excrement was not recycled, because the Australian dung beetles that had evolved with the marsupials were not interested in the dung of introduced cattle.

Q. Why is this important?

A. The role of dung beetles is essential, as they help introduce soil microorganisms into livestock excrement to transform and recycle them. If the manures are not worked by the beetles, they will remain dry on the ground for up to several years. Excrement accumulated on the ground without recycling occupied a million hectares in Australia, this is a huge area, which means a reduction in pasture and losses for farmers. But, in addition, there is a second even greater problem and that is that, as there was no competition from beetles in the dung, hematophagous flies multiplied, which bite cattle to extract their blood.

Q. What solution was sought?

A. To remedy the cattle dung problem in Australia, dung beetles were imported from Africa and Europe. It is an idea developed by George Bornemissza, an Australian of Hungarian origin who saw that species of African origin had already been introduced in Hawaii and it had worked. As Australia is a very large country with very different climates, species were introduced from continents with comparable climates, from Africa and Europe. The cost of the program was essentially paid by the ranchers, who had to contribute several tens of millions of dollars.

Q. What results were achieved with the importation of these insects?

A. The first program lasted between 1968 and 1982, and 45 species were sent from Africa and Europe, of which 23 have established themselves, multiplying and occupying a part of Australia. In the tropical zone, in the north of the country, it worked well, because many species with extremely high yields were introduced. But few beetles of Mediterranean origin were sent to South Australia and there the dung have continued to stay and the flies proliferate. That is why in a second time, between 2012 and 2014, I was requested by the CSIRO to introduce two new species from France and Spain.

P. Where from Spain?

A. From the south, from Andalusia.

Q. Where are the beetle introductions right now?

A. In 2017 a new, larger and more ambitious program was launched that will end in June 2023. Again, it is mainly the farmers who pay and this time the species we have chosen are of Moroccan origin. With climate change, southern Australia has increasingly hot and dry spells, so beetles had to be selected that were able to adapt to these harsher conditions. In addition, they also had to be active species in early spring, when swarms of flies arrive in South Australia from the center of the country. The beetles are collected in Fez, Morocco, and then sent to the CSIRO’s Montpellier quarantine center, from where they are shipped directly to Australia or used for breeding and sending the next generations bred there.

Q. How does the introduction of these alien species affect the local fauna of Australia?

A. In this case, the beetles selected for Australia are species that do not compete with local fauna for marsupial droppings. We take many precautions not to affect native species.

Q. But in these introductions of insects, so many precautions are not always taken.

R. In the introductions, there are two philosophies. In some places it has been done carefully, taking great precautions so that there are no problems. And in others, let’s say that first it has been introduced and then it has been checked if there was any problem. In the United States, they introduced in the south of the country, in Texas and California, two species that had already been taken to Hawaii and Australia, but not with the same ethics. These are Digitonthophagus gazella and Euoniticellus intermedius, which after being released in the southern United States, gradually moved to Mexico and continued down through Central America until reaching Panama in a few years. The problem is that these introduced species are displacing the native ones, because they have the same diet.

Q. What lesson do you draw from the importation of beetles into Australia?

A. Dung beetles are a key component of grasslands and they are free, the case of Australia shows that if we eliminate them, it creates a serious problem that is expensive to remedy. The current program costs A$20 million to reintroduce just three species.

Q. Given the current decline of insects in many parts of the planet, is it foreseeable that these movements of species between countries will increase in the future?

R. Yes, but it is a pity. It is more expensive to restore ecological processes than to protect them from the start. A few years ago I was in the Czech Republic, there the means of production were collectivized when it was part of the Soviet Union bloc and people could not have their own cattle, in many areas there were no cows in the fields, which caused the disappearance of dung beetles. Now they have begun to make translocations to recover the species from their own fauna. It is possible, but if you want to do it on a large scale, this is very expensive.

Q. What is the situation of dung beetles in Spain?

R. In Spain there are places with a lot of cattle, but the cattle are treated with veterinary drugs that are toxic to coprophagous insects. There are areas with thousands of unrecycled dung because there are no dung beetles or very few. By using these drugs in an unreasonable way we are doing exactly what Australians are fighting against by paying millions of dollars.

Q. Are you worried about what is happening with the insects?

R. We are losing many insects and the pace is very worrying. There is an Australian colleague who says the following: it is important that Australia imports as many beetles as possible because one day we may be the ones reselling the species that have disappeared from your countries.

Q. Are people really aware of the importance of insects?

A. Not at all. It is a matter of education, but at all levels. Even cultured people are ignorant of many things about insects. I have done a lot of training with managers of protected areas, with farmers, even with veterinarians. Many veterinarians treat animals and their job ends there. It is unbelievable, but many discover that after the treatments there are residues of the drugs that affect the dung beetles and that can completely alter the functioning of the grasses. They do not know what dung beetles are and their key role in the environment.

Q. What can be done to prevent farmers from using drugs that affect insects?

R. In the current program, training is carried out with farmers and veterinarians so that they learn to live with dung beetles without massively using drugs that kill them. It is the ranchers who have paid for most of the reintroduction programs, it makes no sense that they are also the ones who kill them.

Extend vacations teleworking from Bali, Menorca or Huelva: "I start the day differently"