Italy, another fire in the infernal summer of the EU 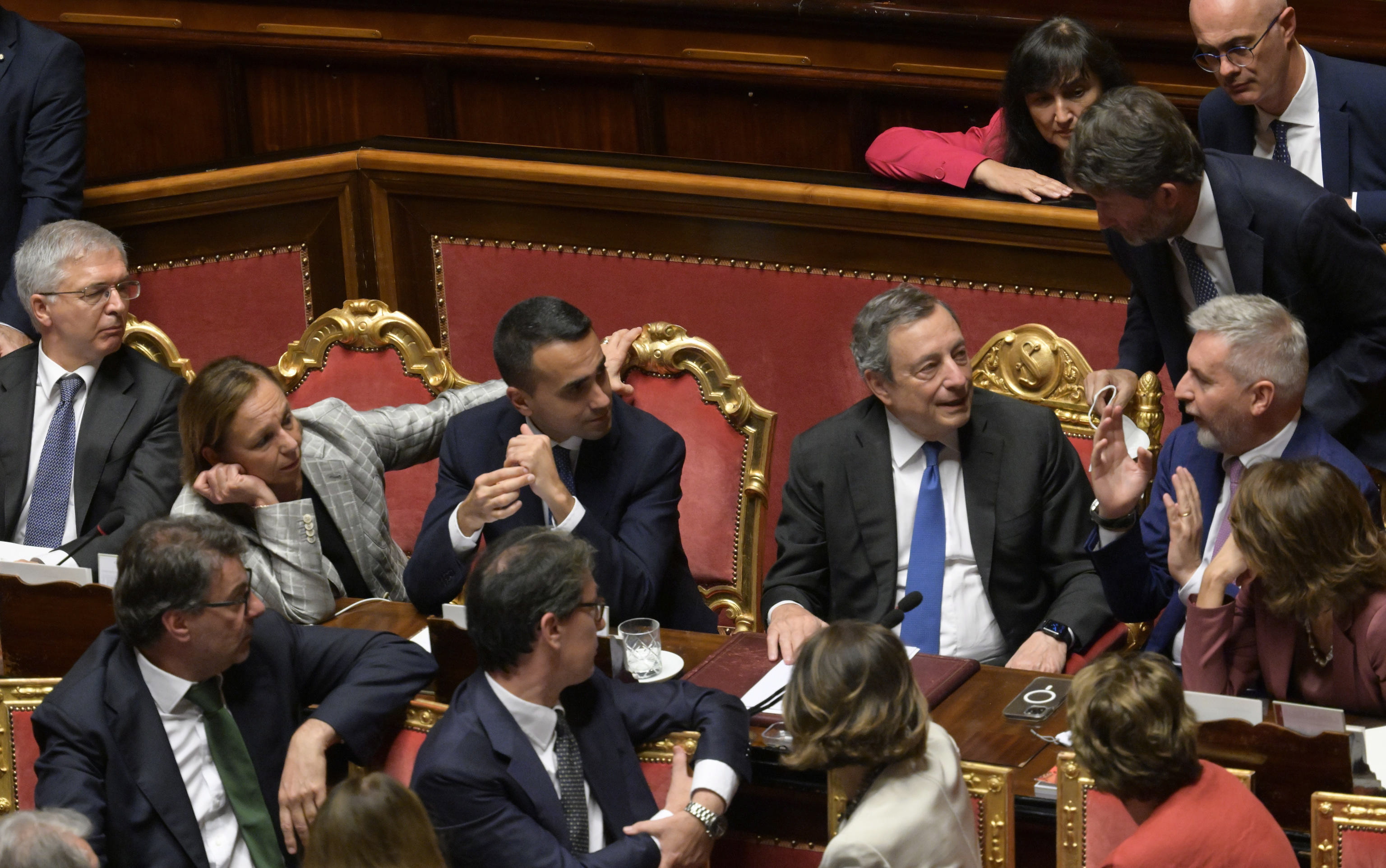 The 5 Star Movement lit the fuse, and Rome burned.

The political terrain could not be more suitable for the spread of the flames, full of dried twigs and bushes. The containment efforts of so many, in Italy – beginning with the President of the Republic – and abroad, who wanted to avoid the collapse of the Government of national unity led by Mario Draghi in the last year and a half in such demanding circumstances, were of no use. such as those posed by the current international scenario. After the gesture of the populist and ideologically amorphous 5 Star Movement ―which last week avoided voting on a confidence motion―, the old instincts of partisan selfishness were unleashed in the hemicycle, and both Salvini’s League and Berlusconi’s Forza Italia stood out of the project led by Draghi. The atavistic tics prevailed over the recent serious commitment to seek political agreements in a Parliament shaped by the ballot box in a substantially ungovernable way, according to orthodox schemes.

The road from here on out is, on this umpteenth night of political drama in Rome, full of unknowns. The President of the Republic, Sergio Mattarella, will have to decide what he does; he has the prerogative to dissolve Parliament, and the transalpine country is very prone to surprises and theatrical blows. But it is clear that Italy is entering a dark jungle, in a situation of potentially prolonged ungovernability in the midst of a formidable crisis. Conditions of stability and efficiency are not in sight in the coming months. New formulas to exhaust the legislature would be at least precarious. The early return to the polls runs the serious risk of throwing a new result of a devilish administration, like the one that has marked the legislature that is ending, with long months of campaigning and negotiations.

This is a fire with great potential to spread in the European Union, due to the size of the affected country and, above all, its enormous public debt. Already this Thursday the European Central Bank addresses a key meeting to define policies that prevent the increase in risk premiums in countries in difficulty. What happened adds urgency and drama to this complicated exercise. But, in addition, Rome faces months of dispersion amid such important issues as the energy crisis or the implementation of reforms linked to the massive aid that the EU disburses in the recovery package from the pandemic crisis, and will lose ground on issues such as the reform of the stability and growth pact. The instability, unwillingness to make far-reaching decisions of its third economy, of course represents a new blow to an EU harassed on a thousand fronts.

The pressure on Draghi to avoid this jungle trip was enormous. The former central banker took note and, after last week’s attempt to resign foiled by Mattarella, he reframed his position. He declared himself willing to continue. But he did so by presenting a politically tough speech, without concessions, in which he demanded a clear commitment to support an ambitious political roadmap until the natural end of the legislature in the spring. He listed the pending reforms, underlined Italy’s position on the international scene and demanded that the parties define themselves. “Are you ready?” he asked the parties. It was clear from the beginning of the crisis that he was not willing to continue in the midst of turbulence, defections, riots, negotiations conditioned more by a very long pre-election campaign than by content and citizen interest.

The parties, the majority, responded that they were not ready. The center-right area advocated a reformulation of the majority, a discontinuity of the agenda and members – which excluded the 5 Stars – which was unpalatable for Draghi. He rightly underlined that a government presided over by a figure not elected at the polls only makes sense if it is backed by a very broad parliamentary consensus.

Under his leadership, Italy has put on track a considerable series of reforms ―which may or may not be liked, but at least they moved in the face of other periods of sad paralysis―, it has staged an economic rebound that will allow it this year to compensate for the GDP lost due to the pandemic in 2020 – unlike, for example, Spain or Germany – and has played a relevant role in international issues such as the freezing of Russian reserves abroad. He was more on the side of solutions than on the side of problems. It is reasonable to fear that today he has changed sides, entering a dark jungle, with the straight line lost.