Isabel Díaz Ayuso: “I am convinced that Formula 1 in Madrid will be a complete success”

The president of the Madrid’s community has once again emphasized its full conviction that Madrid has all the necessary conditions to become a successful headquarters of the Formula 1. Also, Isabel Diaz Ayuso has ensured that this project does not have to generate any friction with Catalonia, taking into account that continuity of the circuit of Montmeló in the most important automobile competition in the world, it is guaranteed by contract until 2025.

«spain you may have two grand prizes or you may have none at all. We do not want to compete with anyone in this regard. We want to talk to all the public and private institutions that are related to these events so that they are also in Madrid because I am convinced that it will be a complete success”, he assured Diaz Ayuso press conference after Council of Government of the Community of Madrid.

The president explained that they are “very early” in the negotiations with the formula 1 and clarified that all these movements, still premature, are not being carried out “to the detriment of Catalonia». The Madrid government is clear that bringing the names of Max Verstappen, Carlos Sainz or even Fernando Alonso, that he still plans to remain active for a few years, and everything that surrounds the competition would be a more than profitable investment for the region.

In this sense, it should be remembered that the counselor of Presidency, Justice and Interior of the Community of Madrid, Enrique López, He sent a letter a few months ago to the president and CEO of the Fórmula 1, Stefano Domenicaliin which he emphasized that Madrid has “the greatest interest” in hosting the competition in the coming years.

The Spanish Grand Prix has been arguing in Montmeló uninterruptedly since 1991, when he took over from Jerezand has ensured its permanence for the next three years. Madrid has its sights set on 2026, but there is also the possibility of a country hosting more than one race in the same year. In fact, next year USA will hold three racesMiami, Austin and Las Vegas) e ItaliaFrom (Emilia-Romagna and Monza). 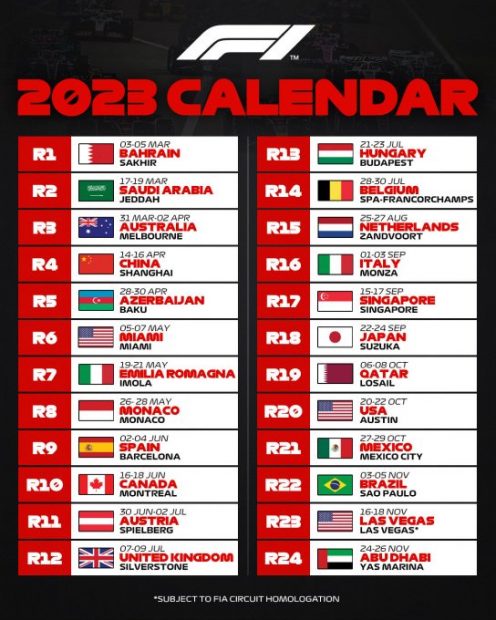 Black winter for the self-employed: 60% foresee a decrease in activity in the remainder of the year

How authoritarian countries use surveillance technology from China

Intel N100 and Intel N200: Evidence of descendants of Celeron and Pentium