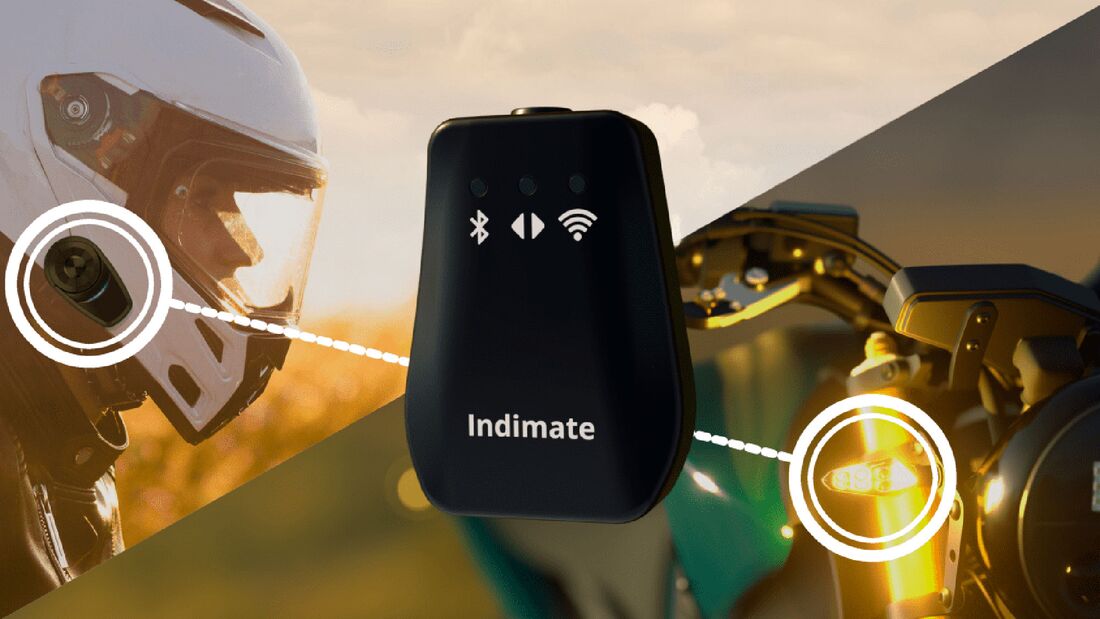 We know that: a motorcyclist flashing for no reason comes towards us. And while we roll our eyes in the helmet at someone who has once again forgotten to deactivate his turning beacon, we notice that we ourselves have been pretending to turn immediately for kilometers.

While unintentional left blinking is just as confusing as right blinking, it isn’t quite as dangerous for us motorcyclists. If, for example, another road user is more attentive to what the motorcyclist is doing next when the blinker on the motorcycle lights up, for example – overtaking or turning left, unintentional right blinking can lead to significantly more unpleasant situations. For example, on the main road, when a motorist turns from an intersection onto the priority road, because he assumes that I will turn right in front of him.

But even without the worst happening, accidentally still activating the blinker is annoying. The next coffee break can begin with a warning sentence at the latest when the one in front of the group has to signal after every turn that the one behind should switch off its indicator.

Yes, there are a lot of drivers who have their indicators one hundred percent under control. For everyone else – and for himself – motorcyclist and electronics student Nicolas Rogers invented the retrofit indicator signal Indimate. When the blinker is activated, it sends an acoustic signal to the helmet’s Bluetooth unit. The motorcycle helmet must therefore be equipped with a Bluetooth speaker or a hands-free system.

Coupled with the helmet system, the volume, duration and tone of the indicator signal can then be individually adjusted using the appropriate smartphone app. The small Indimate device can be attached anywhere on the motorcycle, but the developer recommends placing it under the seat so that it cannot be stolen.

The volume could be adapted to the driving noise

The indicator signal is connected to each indicator using four cables, one each to the earth and positive poles of the battery. The Indimate can also function as a Wi-Fi spot, so that the user can use it to establish a connection to his mobile phone. So when you listen to music or make a phone call, the indicator ticks in the background when the blinker is activated.

Nicolas says he’s also thinking about automatically adjusting the volume of the turn signal to the wind noise picked up by the phone’s microphone, or playing a short beep when the phone’s accelerometers detect that the bike has returned to an upright position after turning a corner.

Nicolas plans to launch a Kickstarter campaign for pre-orderers in the coming months. He estimates the device will cost between $ 62 and $ 78.

If, in addition to the acoustic “turn signal switch off reminder” for motorcyclists, we now get a tool on the market that reliably forces car and truck drivers to activate the turn signal at all when changing lanes and turning, the number of accidents should drop even more.