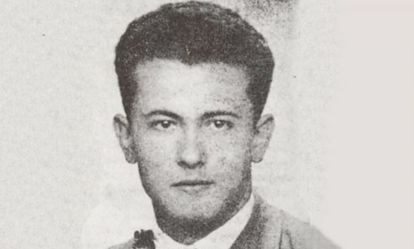 Iñaki Larramendi, in a file image.

This Friday, Iñaki Larramendi, one of the founders of ETA, died in July 1959. With his death, the last of the five founders disappeared. Along with Julen Madariaga, Benito del Valle, José Luis Álvarez Emparanza “Txillardegi” and Manu Aguirre, Larramendi constituted in 1950 the nationalist student association, EIA, and EKIN, a division of the youth of the PNV, EGI, embryo of ETA.

Larramendi, from San Sebastian, 93 years old, had little public profile. He devoted himself preferably to internal tasks in the new organization that he had as referents, especially Txillardegi and Madariaga. He was much better known to the police forces. He was first arrested in 1950, for his student activities.

His second arrest led to several years’ imprisonment in Soria for his participation in the first ETA attack with media coverage. It was a failed attack due to its artisanal execution, the attempted derailment of a train of ex-combatants, on July 18, 1961, which was traveling to San Sebastián to celebrate the anniversary of the Francoist uprising. The train ran smoothly on some rails to which the bolts had been loosened.

Larramendi left ETA around the Fifth Assembly, in 1965-1966, when the organization decidedly committed itself to terrorist activity and assumed the postulates of the revolutionary liberation movements. He remained committed to nationalism along the cultural and political lines of Txillardegi. Of the initial group, Madariaga only maintained his revolutionary militancy for a certain time, who died in April 2021, at the age of 88.