Illescas, the city that shines in education through chess 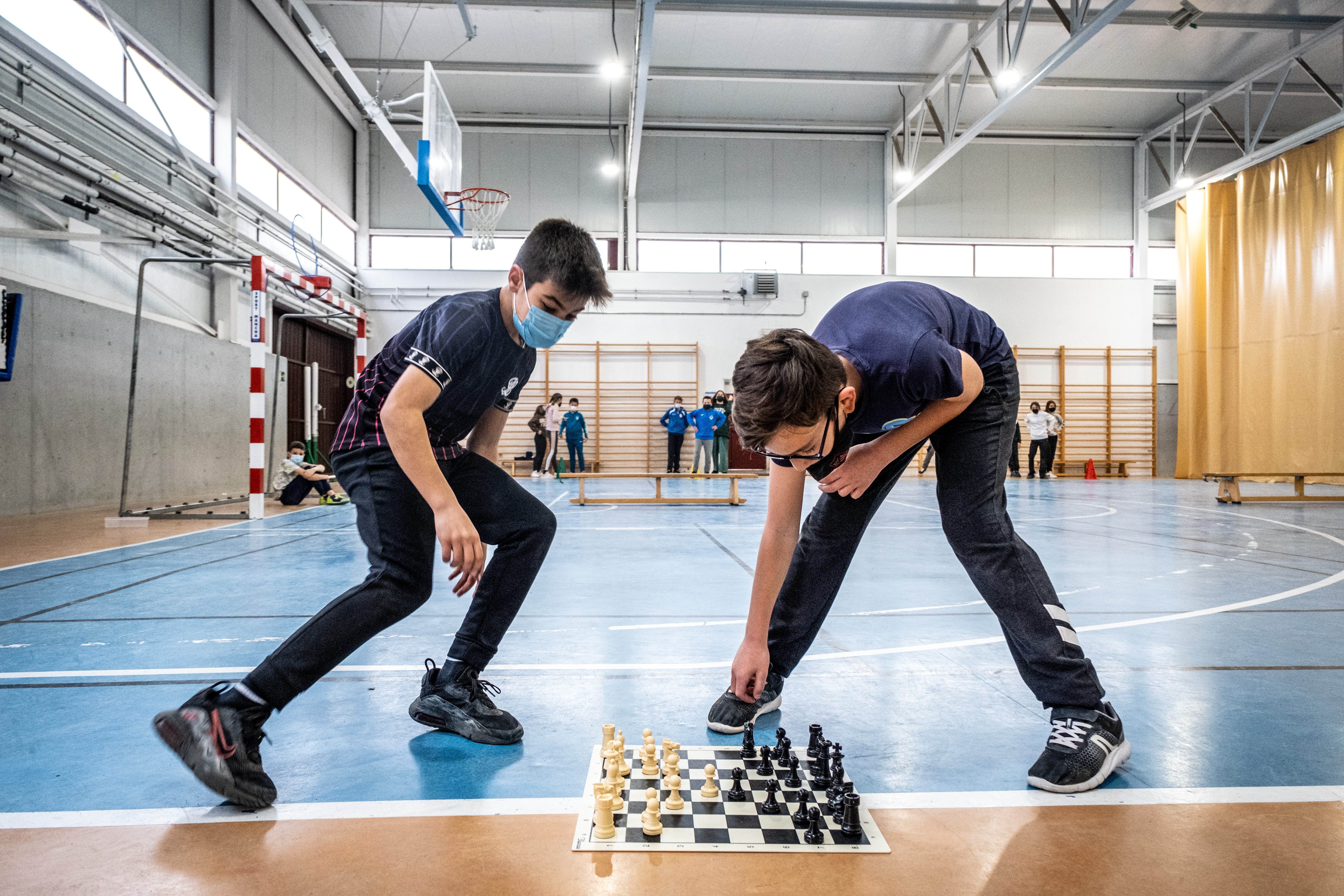 The Chess at School project, an educational strategy, developed in Illescas (Toledo) since 2016, has been selected for presentation at the International Congress of Educating Cities in Andong (South Korea). The seven public schools in this city of 30,000 inhabitants use chess as a transversal (emotional intelligence and values ​​education) and interdisciplinary tool (in math, social sciences, language, physical education classes…). EL PAÍS recently visited five of them and was able to verify that the level of satisfaction is very high, even in the Martín Chico center, where two thirds of the students come from immigrant families.

“Some of the Muslim boys refused to play with girls when they arrived. We told them that if they didn’t change their attitude they would never play chess, and in a couple of months the problem was fixed”, recalls Félix Toribio, director of the Nuestro Ajedrez en Europa association, contracted by the Illescas City Council, during the visit to three Martin Chico classrooms. And he adds: “The mayor [José Manuel Tofiño] He warned us that this school was a great challenge, because other innovative projects had failed here. But chess is a universal language and makes everyone equal. Teachers, students and parents are very happy. When the mayor verified it, he considered the mission accomplished”.

The mayor boasts that the academic performance in Illescas schools is one of the best in Castilla-La Mancha, as verified by the Regional Government’s Department of Education. He employs a metaphor – “In some families linen sheets are used; in others, esparto grass” – to highlight the “great contribution of chess” to this achievement: “We need tools that balance these social differences, which otherwise translate into educational deficiencies. That is precisely what chess gives us”, says Tofiño.

Paradoxically, Castilla-La Mancha is not among the ten autonomous communities that have introduced chess in school hours in one way or another (Catalonia, Aragon, the Canary Islands, Andalusia, the Balearic Islands, Galicia, Cantabria, Navarra, Madrid and Murcia) and have turned Spain as a member of the world vanguard in this field. Illescas is an oasis in such a context, and also with a method that is very different from the most common (training teachers in elementary chess so that they can use it as they prefer): it is the monitors of Our Chess in Europe who prepare Power Point presentations of transversal and interdisciplinary applications, and they teach in the classroom together with the head teacher, who contributes whatever they want.

So, if one enters any Primary classroom of these seven public centers, it is likely that they will see how chess is used to explain things as varied as the main rivers of Spain or Europe, or work on powers in math class : For example, since the queen is worth nine points, four queens on a board mean nine raised to the fourth power. This is how abstract intelligence works, in addition to a specific branch of mathematics.

Or metaphors in language class, or exercising speed and reflexes in physical education, running to grab pieces located on a bench or in the center of the basketball court. A class on education in values ​​can have as its starting point this phrase from the Polish Savielly Tartakower, one of the best chess players in the world a hundred years ago: “If the error did not exist, it would have to be invented”. Stimulated and moderated by the monitor and the teacher, the students discuss self-criticism or the need for mistakes to make a chess game beautiful, because those mistakes by a player produce a brilliant combination by the opponent to take advantage of them.

It is common for the last 15 or 20 minutes of a theoretical class to be completed with games in pairs, to encourage cooperation. And the method has become so consolidated that Toribio sometimes teaches multidisciplinary classes: he shows a roulette with different areas (mathematics, language, art, history…); the student chooses and must then answer a question connected with chess.

This newspaper spoke with twenty teachers from Illescas during a two-day visit to the seven centers. The most repeated phrase was: “They think and learn while they play”. And the following: “The students are looking forward to us talking about chess to explain whatever it is.” Toribio, who comes from competitive chess, is very clear that education is much richer: “Integrating all students through chess is more difficult than turning a great talent into a great teacher.”

Feijóo and Díaz leave the debate for the elections