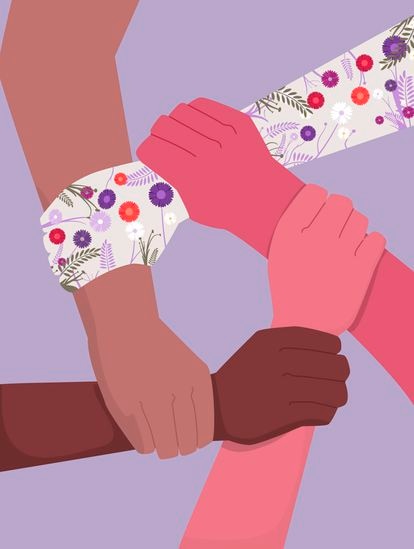 On September 30 it will be two years since the death of graphic humorist Quino, but the vital philosophy of his fantastic and always sharp Mafalda is still present. ¨Did you ever think that if it weren’t for everyone, no one would be anything?¨, he once asked himself. According to the report Diversity Wins, prepared by McKinsey in 2020, ethnic, cultural or gender diversity in work groups has a strong relationship with profitability and value creation. Promoting greater diversity in the labor market is one of the objectives derived from the new regulation of the Spanish Immigration Law, approved in the Congress of Deputies and which, among other measures, facilitates the hiring of foreigners and opens new ways for the regularization of immigrants, so that they can legally join the Spanish labor market.

The debate on immigration policy tends to be intense and, on many occasions, visceral. Critics highlight, among others, the negative economic effects of the immigrant population on employment and wages, or the burden they pose to the welfare state system. However, before going back to Mafalda and his famous ¨Stop the world, I’m getting off¨, it is important to analyze these arguments. First, there is no predetermined number of jobs. In fact, the massive incorporation of women into the labor market, especially after World War II, did not prevent men from continuing to work. Similarly, the labor market continues to evolve and the truth is that immigrants not only get jobs, but also create them through spending their wages, which increases the demand for goods and services.

Nor are salaries directly diminished by the incorporation of the immigrant population into jobs. For the most part, foreign workers do not replace nationals, but rather complement them. In other words, they contribute with different skills and allow productivity to be increased and employment to be strengthened in essential sectors that the national offer is not completing. A good example is the agricultural, food distribution or care sectors, which were essential to meet the basic needs of all citizens during the pandemic and in which a large number of foreign workers are employed. It is not reasonable, therefore, to blame immigration for poor working conditions, but it is necessary to ask public administrations for decent conditions and compliance with labor laws.

Labor complementarity does not only come in skills, but also in youth. To meet current and future economic and social challenges, Europe needs a workforce that is diverse in both skills and age. Obviously, Spain is not an exception. Using United Nations population statistics, it is estimated that, from 1980 to now, the average age of the population has increased from 30 to 44 years and the population over 80 years of age will double in 2050, reaching 5.6 million of people. The youth of the immigrant population in search of a job, therefore, offers a demographic premium that the national market is not completing. In addition, the national active population is shrinking. While in 1980 there were five people between the ages of 16 and 64 for every person over 65, in 2021 this ratio dropped to three. According to the OECD, the net contribution of immigrant workers to taxes in Spain is close to 0.5% of GDP and proportionally higher than what they receive in benefits. A collection necessary to maintain spending on pensions and sustain public finances from which we all benefit.

Immigrants supplement and rejuvenate the workforce and increase tax revenues. “Where do we have to push this country to carry it forward?” Mafalda wondered. The multiple answers to this question cannot forget that foreign workers are neither numbers nor tools of economic policy. They are persons. Friends, relatives, co-workers, fathers and mothers of our children’s classmates. Attracting and welcoming migrants generates social, cultural and economic wealth for all citizens. The reform of the regulations of the Immigration Law, therefore, is a necessary and positive step for the immigration system to facilitate the regularization and protection of those who contribute to the growth of the country.

Óscar Guinea is an economist at the European Center for International Political Economy (ECIPE). On Twitter: @osguinea and Isabel Pérez del Puerto is a journalist.

The style of sustainability

Why some folks resist stress higher than others

Opinion: Taxes and the most horrible PSOE