“I want to get tired of you” 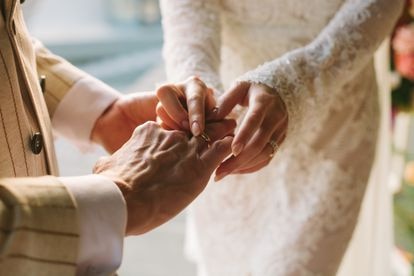 Individualism is, without a doubt, one of the most defining features of contemporary advanced societies. The conquest of spaces of freedom began several centuries ago (according to some authors, the germ could have been the prohibition of consanguineous marriages by the Catholic Church in the Middle Ages), but it is above all from the cultural revolution of the years 60 of the 20th century when individual emancipation becomes an irreversible phenomenon. In this evolution, digitization has only accelerated an ongoing process, since it is presented as the perfect ally in the construction of a society made up of autonomous and free individuals, capable of building their identities and expressing their opinions on social networks. , without any interference. As much as the community and socialization itself weigh, even more so in a country like ours, in which people live so much outside, we are witnessing a higher stage of individualism, a moment in history in which what the sociologist Ronald Inglehart calls ‘ego-expressive values’.

The path towards a society in which the ‘I’ weighs more and more is reflected in the dominant types of couples at each moment in history. Pre-industrial society, with non-existent or incipient stages of individualism, was characterized by arranged unions between men and women, destined to be for life. In those days, you couldn’t choose. Later, in the period of the industrial revolution, greater individualism brought with it romantic love and, therefore, a certain capacity for choice, although for many years the formation of couples in love coexisted with marriages of convenience, generating in not a few sometimes heartbreaking personal and interpersonal conflicts (think, for example, of Madame Bovary). In those decades, moreover, it was only accepted to break up the couple in extreme circumstances: there was more choice to make than to undo the path traveled.

Post-industrial society brings more individual freedoms, also in love: the romantic union is extended, almost as the only union with authentic social legitimacy. Thus, for example, it begins to look bad to marry for money. In addition, the ability to decide until when or where is acquired: separations and divorces are therefore normalized. It is in this context of full revolution of values ​​when, at the end of the 20th century, the Internet emerged, giving way to the digital society as we know it today, in which the freedom of with whom and how to form a couple is extended even more. : Homosexual marriage is legalized for the first time in history (Spain in the lead), giving way to an unprecedented diversity of unions. It is freedom at its best.

But what choices does freedom lead us to? What decisions about the couple are made when enjoying more autonomy than ever in history? How do you live love in a digital society, so markedly individualistic? The 40dB study. for EL PAÍS/Cadena SER offers photography: when you have freedom of choice, most opt ​​for living an exclusive, monogamous love and under the same roof, that is, the same thing that our grandparents, great-grandparents and great-great-grandparents chose (although, in some cases, with successive couples). Digging deeper into the data, however, there are things that have changed, beyond the diversity in terms of sexual orientation, especially among young people (a third of whom do not declare themselves heterosexual). On the one hand, we women have learned the lesson from our mothers or grandmothers, and, although we live love with more commitment, we also set more limits: we are willing to make fewer sacrifices for our partner and we place more value on our independence. When given a choice, women prefer to mark territory: not everything goes. On the other hand, social positioning also introduces differences: it is easier to choose monogamous and lasting love when you know that you have an option to leave or when the space for coexistence is more comfortable or larger.

In short, against all odds (or not), the digital society, the most individualistic and free in history, has only opened a small crack to other non-monogamous forms of love. For the most part, Spaniards are like Lola, one of the protagonists of Javier Gomá’s theatrical comedy, who, after years of marriage and after a crisis, solemnly asks Tristán, her husband: ‘Do you want to get tired of me? ‘, because at the end of life, we cannot choose not to be tired, but with whom or how. He says yes to her and only reproaches her that by her side her life goes by too fast.

Belén Barreiro is director of 40dB.

Machine Learning with TensorFlow: The webinar series from Heise