“I helped catch a predator hidden on the Internet”: this was the fall of a serial sextortionist 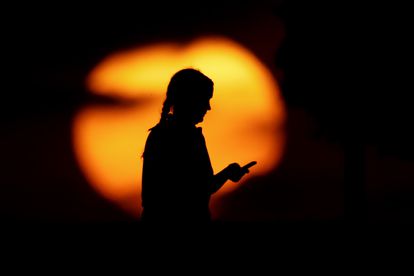 A woman looks at her phone in a park in the United States. Charlie Riedel (AP)

Jane was looking forward to the start of high school. At 14 years old, she opened up a whole world of new people and a lot of experiences that she wanted to live. She had recently lost one of her parents and she wanted to put the grief and sadness behind her. She was so excited that her aunt insisted that she take several pictures of her to remember her first day of school. “I didn’t know that it wasn’t going to be the last photograph that I would be forced to take during that year,” the girl recalls. “It wasn’t until the end of that first year that something happened to me that no one would want to see happen to her children,” she says. “I helped catch a predator hiding on the internet.”

One night that year, Jane Doe, the fictitious name given to whistleblowers in the United States to protect her identity, was on Snapchat and a guy she didn’t know started texting her. “That particular night I felt… What’s the word? Confident? Daring? ”, Recounts in a letter sent to the court the young woman, who was already 15 years old at the time. Finally, she lay down on the bed and took a picture of herself in a bra. She thought that everything would end there, especially since it was a stranger. The next night, the same person wrote to him again: “You are going to send me more, right?” Jane told him no, it was a one time thing. “It’s not a question,” he answered, changing his tone.

She stopped answering the messages, but after an hour, the guy sent her the exact same photo that she had sent him the night before. Snapchat became popular just the opposite, because the images and posts that users shared disappeared after a short time and warned when other people took screenshots to save those photos. Jane’s heart began to beat very hard. “Send more or the whole world will see this,” she told him. She says that she felt as if she had stepped on quicksand, like the beginning of a slow descent towards an increasingly distressing situation. “In the months that followed, I became his property and did whatever he asked of me out of fear,” says Jane, “every day involved a long list of photos and even videos that he asked of me.”

As the days passed, the list grew longer and the requests more perverse. The more she resisted, he got mad and everything got worse. Jane goes back to the quicksand image and claims that after a point she stopped resisting. Her revenge, in the midst of all this, would be to gain his trust, make him lower his guard little by little and start giving details of who he was and where he lived. She found out after four months, his stalker was called Rubén Oswaldo Yeverino Rosales and lived in Monterrey, in northern Mexico, about 1,500 kilometers from his house in Arizona.

Yeverino used multiple aliases on the internet. He sometimes called himself Martin Joseph, other times Ramses Marin, and almost always hid behind usernames full of letters and numbers. He was of legal age, about six or seven years older than Jane. The complaint from the girl’s guardians came in May 2018, six months after the first contact she had with her and when the harassment reached such a point that the young woman stopped sleeping, she began to isolate herself from everyone and spent her nights in watch over doing what was ordered. A month later, a forensic analysis of Jane Doe 1’s phone revealed that he had sent around 600 pornographic images to her stalker.

The man also forced her to make Skype calls, which always included sexual acts against her will. Yeverino, however, showed his face during the sessions and Jane was able to identify him from images obtained by the authorities from social media profiles and immigration documents. After verifying his identity, the agents obtained a warrant to review different digital accounts of the stalker. His Hotmail address confirmed the trail of threatening emails he sent to Jane and how she sent one of the images to one of her schoolmates. Her Skype user brought up the long list of instructions for her victim. Her Instagram profile and Snapchat made them see that it was a sexual predator: Jane had not been the only one. The course of the investigations led to more than a hundred victims around the world.

Sextortion consists of obtaining intimate images of the victims under the threat of making them public. It is an increasingly common sexual crime on the Internet, where the borders of the countries are blurred and the arm of the law has trouble reaching out. Teenagers and young women are the recurring targets, with predators looking for victims in another limbo: at the beginning of their physical development and in the process of discovering their sexuality, between curiosity, taboo and shame. Tania Ramírez, executive director of the Network for the Rights of Children in Mexico (Redim), explains that it often begins in the context of sexting, a legitimate practice if it is consensual between adults, which degenerates into coercion, harassment and the false idea that the victims are to blame, that they chose to expose themselves in the first place. 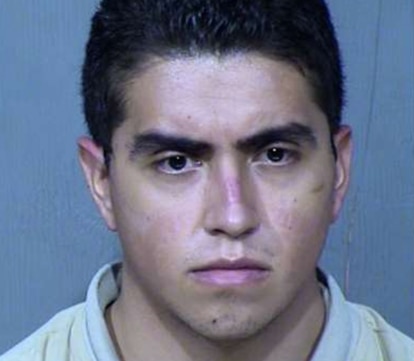 It is an act of sexual and sexist violence. Ramírez says that there are two types of main motivations among those who exercise it. On the one hand, there is the money, many of the photographs obtained are sold on child pornography sites. “These images are paid and are paid very dearly,” says the specialist. On the other, there is power, the feeling of dominating, overriding the will of the other and disposing of someone else’s body. “That is the perverse achievement of this criminal activity, it completely nullifies the victims, these girls,” she says. In Mexico, there are around 400,000 reports of complaints per year for child pornography, according to estimates by civil organizations, and sexual extortion was the most frequent digital crime in the country during the pandemic, according to the Citizen Council’s complaint platform for Security and Justice.

The case in Arizona opened Pandora’s box. And eventually dozens of complainants were able to identify Yeverino as their aggressor. Five simultaneous files were opened in other parts of the United States and her criminal history could be traced back to 2015. Jane Doe 2, from California, suffered harassment since she was 13 years old and the abuse of a man she only knew as Rubén extended for two years. Years and a half. The sextortionist used multiple digital platforms to send the images to her classmates. When she found out that he had given her phone number to another man, so that he could also extort money from her, the girl tried to commit suicide.

Jane Doe 3, from South Carolina, was 12 years old when it all started. Rubén sent her intimate images of her to her friends and family, after her parents found out that they were blackmailing her. Jane Doe 12, from North Carolina, paid $500 in Bitcoin to stop harassment, Ruben had used a woman’s fake profile. Jane Doe, 14, from Missouri, sent 80 explicit photos to Rubén, who shared a list of other girls she had harassed as a threat. Jane Doe 60, from Oklahoma, discovered from the investigations that the images and videos of her had been posted on a pornographic page of the deep web or the deep internet, where anonymity, explicit content and material associated with organized crime emerge. . The tip came from the Australian authorities. Yeverino used multiple profiles on multiple social networks, such as Facebook, Instagram, Kik, Snapchat, Skype, or email platforms. Often, he asked victims to open other accounts for him.

The case of Jane Doe 1 allowed Rubén’s image to become clearer until Rubén Yeverino Rosales was found. In 2019, the predator was arrested in an operation in Monterrey and extradited to the United States. The agents had a search warrant to seize his computer and phone. Authorities found 3,278 images and videos of Jane Doe 1, 375 files of Jane Doe 2, 398 of Jane Doe 3, 188 of Jane Doe 12, 226 of Jane Doe 14 and three of Jane Doe 33, also from Arizona. Another 4,638 photos and recordings of Jane Doe 60 were found. In the traffic of explicit images, it is rewarded that the photos are unpublished and Yeverino forced the girls to repeat the poses over and over again until they came out as he wanted. Once they start circulating, eradicating them from the web is practically impossible.

Of the more than 100 victims, some 80 were identified. The exact number of people affected and their nationalities have not been made public. “I have had to take medication for six years for anxiety and depression”, says Jane Doe 33. “I am better, I have to put it in quotes because to say that I have overcome the trauma would be a lie”, says, for her part, Jane Doe 12. “I have attempted suicide four times,” summarizes Jane Doe 60, in a letter of emotional impact delivered to the court.

Yeverino’s psychiatric report detected traits of schizophrenia and an inability to empathize and measure the damage of his crimes. On the internet he was overwhelming. In real life, an insecure man who dragged the consequences of a traumatic childhood, with a controlling father and who had only had a few sexual experiences with some cousins. The information was provided by his own lawyers, who signed an agreement with the Prosecutor’s Office in December and sought a reduced sentence of 25 years in prison. Last week, the judge sentenced him to 34 for producing child pornography and cyberbullying, and has ordered that he be placed on the sex offender registry for life. The guilty plea, however, prevents him from ever being brought to trial for what he did to the rest of the victims.

“Cases like this demonstrate the need for comprehensive sex education,” says Ramírez. These are crimes that question parents, States, the multimillion-dollar business of social networks and whether enough is done to protect its youngest users. Meta —the giant behind Facebook, Instagram and Whatsapp— removed more than 106 million posts with sexual content from children in the last year that exposed children to exploitation networks, according to the company’s transparency page. “The most important thing is always to believe the boys and girls, to let them know that they are not alone,” says the specialist. “Parents must accompany them, strengthen their digital citizenship and open a channel of communication to talk about this,” she adds.

“Some of the girls he harassed didn’t seek help and the ones that did were ignored, no one knew who this guy was. Until now”, writes Jane Doe 1. If not for her complaint, dozens of cases would have ended in a dead end: searching in the dark for someone they only knew as Rubén. It was a pyrrhic victory. “Even though he is behind bars, I still get messages daily from profiles pretending to be me and selling my photos,” says the young woman, “what happened to me will haunt me forever.” Jane takes comfort in the fact that everything that happened was to catch her stalker and get some justice for herself and over a hundred other victims.

If you have been a victim of sextortion or know someone who needs help, you can find helpful resources here.