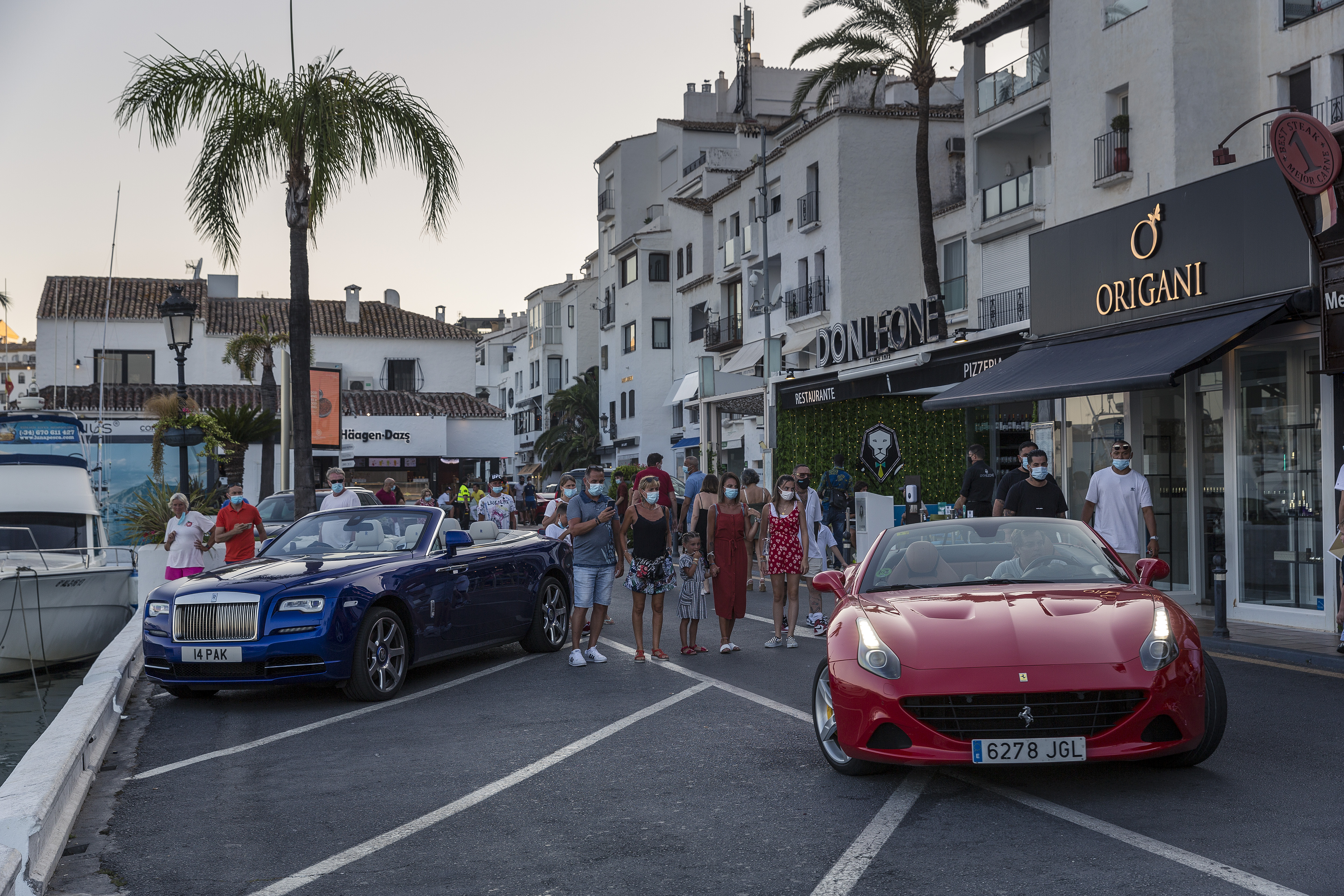 The wealth tax is once again in the eye of the hurricane. Although it affects less than 0.5% of the population, the richest, from time to time —very often in times close to the elections— it becomes the absolute protagonist of the political debate. Even now, with a war raging in the heart of Europe and inflation running rampant. The last earthquake is very recent and has an epicenter in Andalusia. The seismograph began to go crazy when the Board (PP) announced that it will abolish the tax, and the Government counterattacked by revealing that it wants to impose a new temporary tax on large fortunes. The controversy is served on a silver platter: the main dish is a controversial tax, which is the cause of disputes between communities and that only Spain retains within the EU. Although this does not mean that in other countries there is no taxation of large fortunes.

The wealth tax is levied on the wealth of the wealthiest: real estate, dividends or luxury goods, among others, with a total value of more than 700,000 euros, excluding 300,000 euros of the habitual residence. No neighboring country, except Norway and Switzerland, has a similar tribute: progressive, periodic and that taxes wealth in general. “Now, at least in the Spanish case, having it is one thing and meeting the objectives for which it was designed is another,” points out Alejandro Esteller Moré, Professor of Economics at the University of Barcelona. “Yes, we are the only ones in the EU with a net wealth tax, but in other countries specific aspects of wealth are taxed. France, for example, has a tax on real estate wealth”, adds Ransés Pérez Boga, president of the Association of State Tax Inspectors.

Taxes on wealth can be grouped into two large categories: on the one hand there are those that affect the possession of assets, such as the IBI or the assets themselves, or that tax the returns on capital, and on the other those related to the transfer, For example, the tax on inheritances and donations or transfers of assets. The OECD and Eurostat group the bulk of these taxes under the heading property taxes, and France stands out as the country where they have the most weight: in 2020 they provided almost 70,000 million, a figure equivalent to 4.6% of GDP and 6.6 % of the total collection of the country. They are followed by Belgium and Greece (3.5% and 3.4% of GDP, respectively); Spain occupies fourth place (30,000 million and 2.7% of gross domestic product, compared to the average of 2.4% for the eurozone), despite being the only one to have a tax on net worth.

This raised 1,200 million in 2020, 0.6% of the total collection. The figure in absolute terms has remained stable in recent years, with a slight upward trend, despite the fact that the concentration of wealth and the average declared wealth have grown. The debate on the permanence or abolition of the tax, which was eliminated between 2008 and 2011, has also continued. And an ultraliberal Executive did not do it: at the head of the Government was the socialist José Luis Rodríguez Zapatero.

A decade later, little has changed. Detractors of the tribute criticize that it taxes assets on which other taxes have already been paid, such as personal income tax or IBI, produces little income and no longer exists in other countries. Its supporters agree that it needs to be reformed, but they defend it as an equity instrument, which taxes dimensions of wealth that escape other taxes, and as an important source of census information.

“We also get paid every month and pay for personal income tax, then we go to the supermarket, buy with that money and pay VAT. Legally, there is no double taxation”, settles Santiago Lago, professor at the University of Vigo and member of the committee of experts for tax reform. “I think wealth is a good indicator of an individual’s ability to pay. Although not necessarily this taxation should be implemented through a tax on net worth. There are alternative formulas to do it”, he points out.

The White Paper of the experts defends maintaining the tax as an instrument that “can contribute to the redistribution of wealth and the reduction of inequality”, although it recommends reforming it. A possible suppression, he points out, “must necessarily be accompanied by a solid taxation on income and capital gains and maintaining or establishing taxes on certain assets.”

“There are assets that, while they are not sold, are not taxed in personal income tax, despite obtaining a return or unrealized gains, which generates an advantage for its owner by deferring the payment of taxes until the moment of disposal. Meanwhile, in addition, its owner can even increase their wealth, for example, thanks to the financial leverage generated by that source of economic capacity: wealth. The wealth tax makes them pay taxes for this capacity”, exemplifies Esteller Moré, who is in favor of reforming the tax by establishing a high exempt minimum, a comprehensive base and a low rate. If it were decided to eliminate, he adds, the communities would have to be compensated, for example, with a rise in the rates of savings in personal income tax and without ruling out granting them fiscal capacity.

The wealth tax is a state tax, but its management is ceded to the communities, which have the ability to modify rates and apply bonuses and deductions that can de facto cancel the collection. Madrid was the first autonomy to subsidize the tax at 100%, and until now the only one. Andalusia wants to follow the same path; Murcia also intends to abolish the tax and Galicia has just announced that it will extend the reduction from 25% to 50%. That is to say: there is a downward tax competition, which had already started a decade ago with the inheritance and donation tax, also ceded to the autonomies.

Until now, only Madrid was in the spotlight, accused by other regional governments of fiscal dumping and taking advantage of its capital status to lower taxes. According to a study by researchers Dirk Foremny, David R. Agrawal and Clara Martínez-Toledano, Madrid has attracted wealthy taxpayers thanks to the reduction of assets, in a game that is not zero-sum: what the other autonomies lose is not collects the capital region. It is lost, and with it the funding for public services is reduced.

“What is happening shows that the wealth tax is mortally wounded, and that a new regional financing system must be put on the table that rethinks regional taxes in Spain”, says Valentín Pich, president of the Council General of Economists, who considers that it is necessary to propose the elimination of the tax, which has lost tax-raising power and generates negative externalities between territories.

The Government has not yet revealed the details of the new tax on large fortunes that it is studying, but government sources point out that it could be complemented with a surcharge on personal income tax, with a rise in the rates of the tax base on savings, which is where it concentrates the fortune of the richest, recalls Treasury inspector Pérez Boga. “An ambitious reform of the system in general would be necessary, but now it is very difficult, due to the economic situation and the political moment,” he ditches.

Contributory pensions and the IMV will rise by round 8.5% in 2023

Tech, greenback and bonds hit backside after a 12 months in free fall

Inflation moderates for the fourth consecutive month and stands at 6.8% in November