When the wall that the guests at the Gucci show were looking at began to rise this Friday and the game was sensed, a collective emotion between surprise and disbelief was felt in the room. On the other side of the wall the same parade was happening, but it wasn’t the same. The audience was not the same, and the twins parading in the same clothes at the same time on each side of the wall were not the same either. They were identical, opposite. “We’re totally, totally. Different, different. Identical twins!” Marianne Faithfull’s raspy voice recited the lyrics of a children’s song by the Olsen sisters with a Shakespearean tone.

Welcome to Twinsburg, the city of twins. “In my life there has always been duality, I had two mothers,” explained Alessandro Michele at a press conference after the parade. Since he was little, his mother and his identical twin lived in the same house with his families. All the cousins ​​called the two women mama and for them it was practically indistinguishable who was who. They don’t seem to care. “My relationship with ‘the other’ is very open. You can be more than one person, you can mutate into another and that’s powerful. At the same time, what seems to be one, which is the same, never is”.

The myth of the cave, the existence of another identity within one’s own, the opposites, all the premises that Michele has explored since he held the position of creative director of the Italian house seven years ago have imploded this Friday in a parade at the Memorable Milan fashion week, not only because of its staging, nor because the pop details that ground the designer’s philosophy meant a break in intensity (Gizmo, the eighties epitome of duality and multiplication). Not because the collection picked up the heritage of the firm with the recovery of the equestrian-inspired bag from the year 81 or the already classic references to other times, places and Michele traditions. “I’ve spent months seeing twins for the casting,” he confessed, exhausted. “This backstage has been much more tiring than normal. For the first time I had to ask for a glass of sugar water because I thought I was going to pass out.” 68 outings, yes, but 136 models who had to wear the same clothes although not identically, since it was a mirror game. 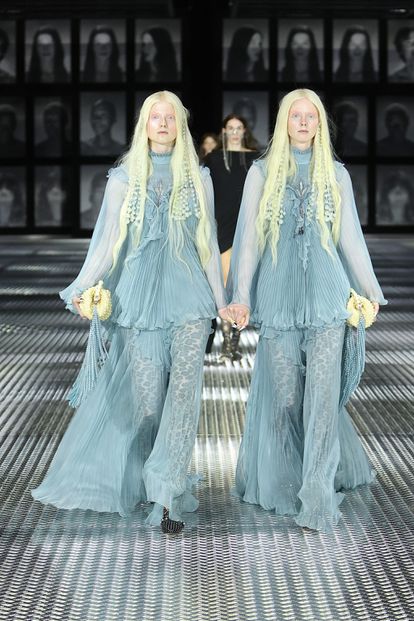 Two of the models at the Gucci fashion show at Milan Fashion Week on September 23. PRESS OFFICE GUCCI HANDOUT (EFE)

The parade began with sober jacket suits with cuts in places where the skin is always covered with this clothing: the thigh and the groin. These gave way to the different layers of references that the designer always proposes, such as the subversion of function in garters for socks or the infinite chiffon dresses that dress his version of the free and decadent bourgeoisie. This time there was also an eye on Asia. Chinese-inspired silk dresses, nods to the Caucasus and the Eurasian steppe in the patterns of dresses and skirts or quilted garments, beaded accessories, facial jewelry. In a war context like the one we are going through, this approach to the other, in concept and in form, which also ended with the twin models parading hand in hand, is a provocative metaphor.

The collections that closed the day on Thursday also reflected, each in its own way, on the present, but they did so taking discourses and aesthetics from the past as a starting point, adding to the nostalgic dynamic (or newstalgia, as the Anglo-Saxons call it) that conveys a large part of today’s cultural expressions. Nicola Brognano, artistic director of Blumarine, was not aware of the controversy that would be created around the new Little Mermaid movie when he began to devise his collection for next spring, but the Italian seems to have been touched with the gift of opportunity . 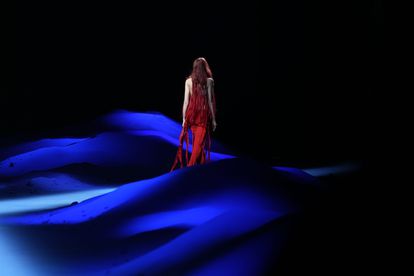 A model walks the runway in a suit from Blumarine’s spring 2023 collection, presented this Friday in Milan, Italy. Antonio Calanni (AP)

His proposal, inspired by a kind of gothic siren, coincides with a time when that style of wavy hair and skirts ending in ruffles will be a trend, as happened a year ago when he was one of the first to predict that the Y2K aesthetic of the first two thousand of Paris Hilton, Britney Spears or Lindsay Lohan would end up flooding stores this fall.

In the two and a half years he’s been with the brand, Brognano has managed to resurrect its relevance to become one of Gen Z’s favorite brands (the recurring appearance of his clothes in the series Euphoria proves it). As it happens to Glenn Martens in Diesel, the sign of the times has also helped him: both firms found their peak of fame 20 years ago, the decade that fashion now claims. However, both have shown how to deal with this era of aesthetic nostalgia by providing their own style. The question, obviously, is whether they will know how to evolve their respective identities when this trend passes.

The Boss fashion show was also about nostalgia and redefinition of the past, updating the idea of ​​power dressing, that aesthetic that triumphed in the eighties (and which the film Women’s Arms portrayed in an iconic way) based on the female tailored suit as a symbol of empowerment for a woman who finally reached relevant positions in the company. 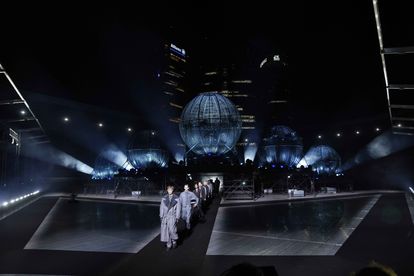 The firm moved to the Vigorelli velodrome to present a massive parade (1,000 guests) with garments that can now be purchased in stores and revolve around the different versions of the suit jacket in this new decade: oversize, tight, deconstructed, with technical fabric or combined with corsets.

Naomi Campbell opened the Boss parade and closed the day this Friday at Tod’s together with Carla Bruni. In the two years that Walter Chiapponi has been at the helm of the brand’s design, the leather goods brand has updated its proposal without breaking with the legacy. 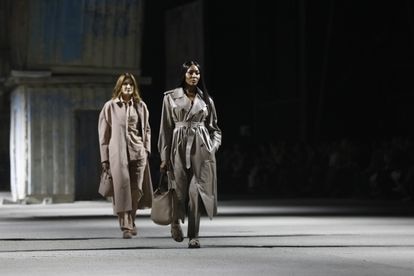 At Tod’s, leather is still treated almost like cotton, in tailored jackets or dresses that are even fluid, but Chiapponi has structured the brand’s imaginary: his idea is to base each collection on well-crafted basics that work as wardrobe essentials. But basic is not necessarily synonymous with boring, in this collection oversized trousers are combined with fitted jackets, voluminous trench coats cover lingerie-style dresses and two-piece suits evoke the shapes and finishes of denim jackets.

Friday’s day was also the day of the debuts of Filippo Grazioli at Missoni and Marco de Vincenzo at Etro, two of the few brands that until today were still in the hands of two great Italian textile families. The zigzag knit banner named Grazioli its new designer last spring, a position held by Angela Missoni for 24 years. With a majority stake of the Italian Strategic Fund (FSI) since 2018, its new managers wanted what everyone wants: to rejuvenate the codes to attract new generations. Grazioli’s formula to do so involves joining the cut-out trend and dyeing the knitwear in fluorescent colors or stamping it with black and white optical sets. Several models parade in the presentation of Missoni’s spring women’s collection on the catwalk in Milan. MIGUEL MEDINA (AFP)

Much more surprising has been Vincenzo’s first collection for Etro, with completely commercial garments that maintain the historical floral prints of the house (although in a more pop way) but that move away from the bohemian style that has always characterized it. At the new Etro, sky-high platform clogs are worn with sweatpants, ’60s miniskirts with faded jumpers and caps, and logo-embroidered tops cinch up their classic men’s shirts. Not so unexpected combinations in the TikTok era that joined more fluid style pieces in which the typical client of the brand can continue to see herself recognized.