Jan Oblak was not there, reserved as a precaution, but Atlético was able to beat Celta with his classic formula of a saving goalkeeper, the Croatian Ivo Grbic, and his mercilessness to punish his rival’s mistakes. The game offered doubts, but not the forcefulness and efficiency that the rojiblancos showed against an opponent so beautiful to see how weak that he ended up falling apart counterattack after counterattack. 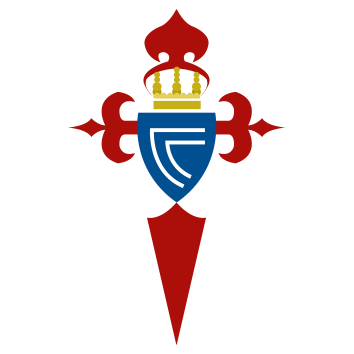 Atlético entered the game scared. It is not clear if it was due to the rotation fair that Simeone arranged, or because of his delay in assimilating the coach’s instructions to play with a defense of five when Celta attacked and four when the offense was his. The initial sleepiness of the rojiblancos moved the focus to Ivo Grbic in less than five minutes. Reserved Oblak as a precaution, the Croatian goalkeeper twice prevented Coudet’s team from getting ahead. Grbic had to cover up a one-on-one with Larsen after a poor measurement by Hermoso on a long ball. He did not sit well with the Madrid central defender with the captain’s armband or occupying the center of the defense, with Witsel moved to his right, another novelty, and Reinildo to his left. Kondogbia, De Paul, Lemar and Correa closed the circle of rotations. Forced by the calendar, on Tuesday Leverkusen and on Sunday, the derby with Madrid, Simeone turned the eleven upside down. For football, he was not convincing, for forcefulness, his decision was successful.

Even with the murmur in the stands that Grbic had played Oblak, Hugo Mallo hit a free header from a corner kick. This time the placement was the virtue shown by the Croatian, who had a stellar debut in the League. He pointed to the ways he uncovered in pre-season bowling and justified his return from loaning him to Rennes. Signed in the summer of 2021, his hiring broke with the policy of looking for a veteran substitute for Oblak who would accept the bench as the culmination of his career. The sports director, the Italian Andrea Berta, looked for a progressive goalkeeper profile in case the Slovenian decided to leave or suffered a mishap. Grbic was captured under the modern goalkeeper biotype, tall (1.96 m) and fast in movement. Apparently last night, it seems that the head of the rojiblancos scouts was right. The solidity that he showed in the aerial balls.

From his saves, Atlético found Correa’s definitive spark to culminate a quick yours-mine between Nahuel Molina and De Paul for the squad. Correa usually always appears, but the effectiveness of that Argentine connection was good for his two compatriots for their self-esteem. The goal hit Celta, who seemed to be lost in thought with his neatness with the ball and got stuck after a shot from the Aspas stick. In five minutes he had the game and started losing it. He did not finish taking advantage of his good manners against an Atlético that did not finish feeling comfortable either. He did not suffer much more in the first act, but he transmitted insecurity with the ball. He did not find fluid circulations to the despair of Simeone. Only an improvement in contention as the team adjusted to the alternation of systems relieved the team before the first half.

With Correa’s goal ahead, Cholo opted for Koke for Lemar at halftime. He feared that the game would escape him due to the lack of consistency that was glimpsed in the middle of the field and gave the Vallecano flight. This left the ball dead to De Paul at the edge of the box for De Paul to extend the lead with a right foot that went in after touching a defender. The same thing happened to Celta as in the first half. He came out handsome and De Paul’s goal sent him to the canvas. Carrasco, dancing to Hugo Mallo in the area after a dizzying run. Veiga closed the gap, but another easy counter conceded was not spared by Cunha. He had more goals than Atlético played, applied in that way of solving games that he has executed so many times in the Simeone era.

Barça wins in Cádiz with and without Lewandowski