First Dates | Judith: “People tell me that I am very nymphomaniac”

Last Wednesday, June 8, we were able to enjoy a new installment of ‘First Dates’. One more night, the doors of the most famous restaurant on television reopened their doors to receive new diners. One of the real stars of this installment was, without a doubt, Judith.

Upon arrival at the program, the young woman was forceful: “I love to fuck, in all ways and in all positions. People tell me that I’m very nymphomaniac and that’s true, but it’s a problem, right? Being it, I have no limit and I always want more “. Carlos Sobera wanted to know what he was looking for in a man.

It is then that the woman from Girona was honest about it: “Being a good person is the most important thing. Also that I work, that I support myself, I don’t need it “. Of course, she wanted to add something else: “Also that he is romantic and likes the party, that he loves to dance. If you have a headache, perreas, dance a little and it takes it away, it’s like a Paracetamol”.

Perreando alone, passion for Atleti and a cake 🎂

The new couples #FirstDates8J they’re already on their way. See you in an hour! ❤️ pic.twitter.com/cOT98kcAmH

Her date for that night on ‘First Dates’ was Gustavo. Judith, as soon as she saw the diner, gave her opinion: “I like the sweater she is wearing because you can see her body. She ate everything with cream and chocolate. Also, the Galician accent makes me stupid”. He, for his part, assures me that his chest is the part of his body that girls like the most: “I have him very trained and I have a very large tattoo.”

As expected, the subject of sex was something that was brought up numerous times during dinner. Judith did not take long to be most sincere with the Galician: “I don’t love a person who isn’t going to fuck me. Of course, you have to get to know each other, have a lot of affection… but you have to fuck. If not, the pain is not relieved, nor the headache, nor anything”.

Gustavo was quick to comment that “I get excited by kisses on the neck, slaps and things like that… Fifty Shades of Gray type. I like rough sex”. In the final decision, Judith made it clear that she did want a second date: “Dinner has been very short, I have not been able to eat almost and I would like to continue getting to know him”. The Galician, for his part, wanted to decline the offer: “His physique and the distance have thrown me back,” he acknowledged. Love has not triumphed in ‘First Dates’! 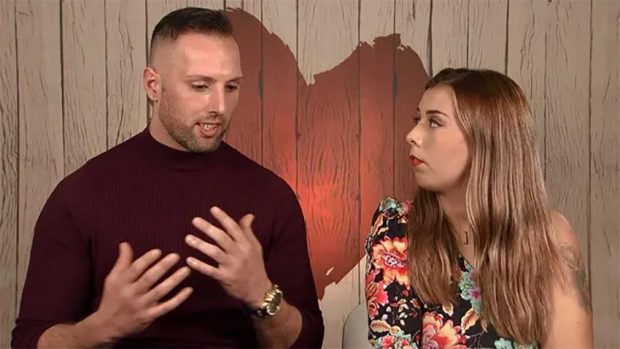