EU regulation on technical testing for motorcycles: France is now implementing the regulation after all 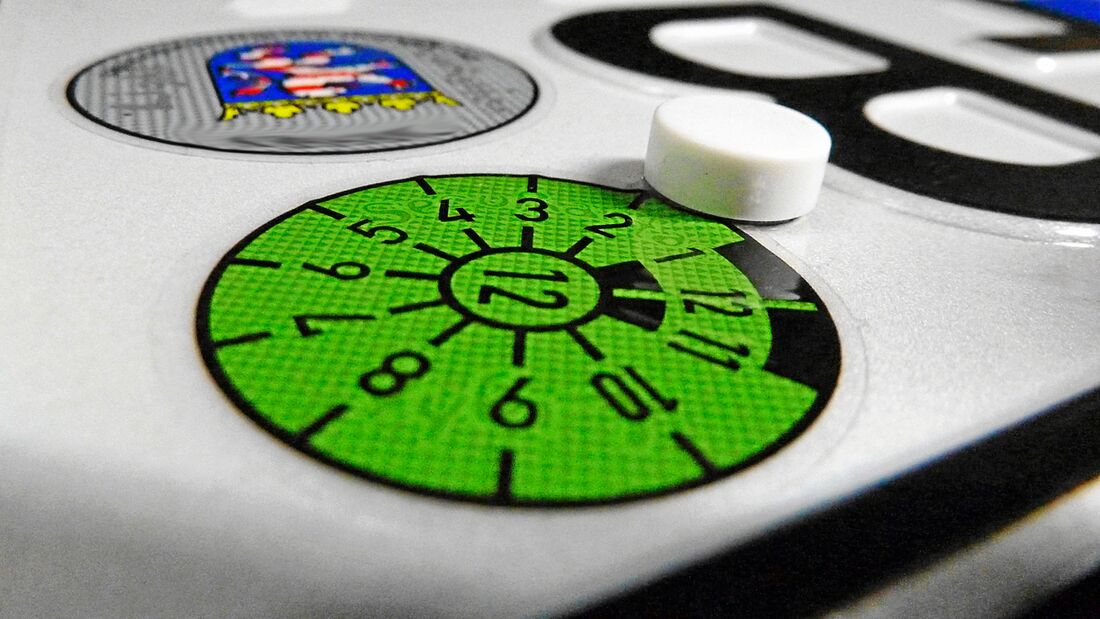 The EU decided on uniform regulations for the technical testing of motorcycles/scooters. Denmark and Finland are not participating. France resisted for a long time, but will now start in October 2022.

Once a motorcycle has been registered in France, it has not required any further technical examinations – regardless of how much cubic capacity or power it has. That should have changed on January 1, 2022 – at least at the request of the EU and for all motorcycles and scooters with a displacement of 125 cm³ or more. In the spring, we reported on the EU-wide measures planned for all motorized two, three and four-wheelers without exception, including those with a cubic capacity of up to 50 cm³.

HU in France for older motorcycles

In the summer of 2021, France’s Transport Minister Jean-Baptiste Djebbari and France’s President Emmanuel Macron clearly opposed the periodic motorcycle inspections wanted by the EU. On September 3, 2021, the Minister of Transport announced: “There will be no technical control for two-wheelers in the form that was planned. We will reconsider the system.” With the confirmation of the repeal of the decree by the Council of State in spring 2022 and the subsequent statement by the ministries involved on April 8, 2022 and the subsequent publication in the Official Journal, the periodic technical inspection (PTI) in France should then finally be off the table. Instead, they want to “implement more concrete and less restrictive alternative measures to improve the safety and environmental compatibility of motorized two-wheelers,” said the Minister of Transport. However, the government plans do not seem to have worked out completely, because the State Council recently decided that the regulation originally planned for January 2023 should be brought forward to October 2022. According to this, motorcycles and scooters that were newly registered before January 1, 2016 should have their main inspection done at this point in time.

In the decision, the authority argues that there is “no justification” for a delay until 2023. Safety and environmental reasons are also mentioned: in France, a two-wheeler driver is 22 times more likely than a four-wheeler driver to be involved in a fatal accident. In Germany the factor would be 16 and in Spain 17 – both countries where the HU is already mandatory. The decision-makers also hope that the new regulation will reduce noise and air pollution.

Denmark does not implement the regular technical tests of motorcycles and scooters decided by the EU. Instead, a new law comes into force at the same time as the EU regulation, which allows the Danish road traffic authority to randomly check the technical condition and noise development of motorcycles at the roadside. In combination with the inspections that have already been carried out, this should lead to more safety on the road. More information about the regulation in Denmark, including the amount of the fine, can be found here.

Finland will not implement the EU decision

Along with France and Denmark, the Finns are clearly formulating their position on the technical tests decided by the EU. Recently, the Finnish motorcycle association SMOTO asked the Finnish Ministry of Transport and Communications whether Finland would introduce a periodic inspection of motorcycles on January 1, 2022, which would come into effect on or after January 1, 2023, or whether it intends to change the current practice to continue. The association got a clear answer: “Finland does not introduce roadworthiness tests for the vehicles in question, ie Finland will continue the current practice.” The Ministry also announced that sufficiently effective measures are already in place and that this assessment and a list of measures were submitted to the EU Commission in March 2019.

Both the FFMC, the MCTC and the SMOTO are members of the European motorcycle association FEMA. And the position on the regular technical tests decided by the EU is clear, as FEMA Secretary General Dolf Willigers says:
“The discussion about the periodic technical inspection of motorcycles is a very old one, with various parties arguing that it would benefit road safety. However, there is no evidence that the technical condition of motorcycles plays a significant role in accidents.
The existing reports on motorcycle accidents all point in the opposite direction: the technical condition of motorcycles only plays a very marginal role in accidents. The training of road users, behavioral aspects, infrastructure and the enforcement of existing traffic rules play a much larger role in road safety than regular technical checks.”

According to many scooter and motorbike riders in France, accidents are more often due to inattentiveness, delayed reactions or excessive speed than to technical problems. This is also the position of FEMA and many of its affiliates. They could be right about that. Nevertheless, a regular technical check can be useful. However, the standardization regulations of the EU do not always seem to make sense. Especially when the regulations are based on studies that are anything but independent, but are created and promoted by institutions and research centers whose economic basis is precisely these technical vehicle tests (we reported in April 2021).

Hero invests in Zero: $60 million from Hero for Zero