“Essential” drugs in danger of extinction: when the industry loses interest in a strategic drug

Caffeine, the same stimulant that helps millions of people start their day, also saves lives in hospitals. If a premature baby is unable to breathe at birth, called primary apnea, caffeine citrate gets its immature lungs going. It is an old drug, well known and cheap to produce. But it has an important uncertainty: only two companies manufacture it and some presentations have only one alternative on the market. If there were to be a problem in the drug’s long supply chain, many newborns’ chances of surviving would be compromised.

The vials of 20 milligrams of caffeine citrate are one of the 508 medicines —made with 264 active ingredients— that the Spanish Agency for Medicines and Health Products (AEMPS), dependent on the Ministry of Health, has included in a new list of strategic medicines for the health system, a category that seeks to shield the supply of drugs so that they are never lacking in hospitals and pharmacies. “They are essential drugs, but they have also been on the market for many years and whose price has been falling over time. This makes them less attractive for the pharmaceutical sector. In many cases there are only one or two manufacturers in the market, which makes them vulnerable”, explains the director of the agency, María Jesús Llamas.

Drug supply problems, more frequent in those cheaper presentations, have become entrenched in recent years throughout the world. A recent report from the AEMPS highlights that in the last year they have grown by 38% in Spain and affect one in every 30 presentations on the market. In the vast majority of cases, these difficulties have little impact on the patient, since there are several identical alternatives for the drugs involved. “But this does not always happen and sometimes the problem affects a drug with no alternatives on the market and we have serious difficulties in administering it to the patient who needs it,” explains Olga Delgado, president of the Spanish Society of Hospital Pharmacy (SEFH) and head of this area in the Son Espases Hospital (Palma de Mallorca).

An example is mitomycin, a key drug in the fight against bladder cancer. Others are cytarabine (against some types of leukemia and lymphoma) and methotrexate (an immunosuppressant also used against cancer and rheumatoid arthritis). “Several of the drugs to be protected are oncological, but there are almost all specialties, such as some presentations of hydrocortisone [antiinflamatorio e inmunosupresor] and amiodarone, used against serious arrhythmias”, adds Olga Delgado. 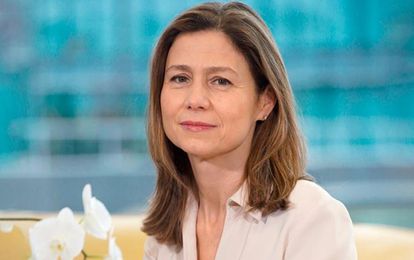 Managing deficiencies in some specialties is not always easy. “It takes a lot of work and a lot of planning to buy the affected medicines abroad, where it is still available. It also forces us to restrict its use only to those patients for whom there is no other alternative and to look for others for those who do have it…”, illustrates this specialist.

If a drug is only produced by one company, the risk of a problem occurring in the production plant or during transport skyrockets, with serious consequences for the health of the patients who need it. But it can also give rise to bad practices if a pharmaceutical company decides to take advantage of the de facto monopoly it enjoys. This was what happened with Aspen Pharma in 2018, when the company maneuvered to multiply the price of five anticancer drugs, four of which have now been included in the AEMPS list.

As the Ministry of Health did not agree to pay up to 30 times more for any of them, Aspen Pharma left the Spanish market without supplies, forcing hospitals to buy drugs that were much more expensive. The conflict was not resolved until 2021, when the European Commission became involved in the case and its Competition authorities threatened the company with a multi-million dollar fine for abusing its dominant position. Finally, Aspen Pharma relented and agreed to lower the price of its drugs by 73%.

“A medicine that is not attractive to produce for the pharmaceutical sector is a problem for the health system,” summarizes Emili Esteve, the director of the technical department of the Farmaindustria employers’ association. “We must find a way to resolve this situation and the creation by the AEMPS of the list of strategic medicines is a step in the right direction. The aim is to get more manufacturers interested and, to achieve this, to protect them from the erosion of the current reference price system [que limita las subidas de precios o impulsa su bajada para ahorrar en la factura farmacéutica] It’s essential,” he adds.

The AEMPS initiative is the culmination of years of effort, also in the international arena, to identify the most important medicines for health systems and find the formula to guarantee their supply. The World Health Organization (WHO) has been publishing a list of essential medicines for years and the European Commission has also developed its own strategy with member states “to make supply chains more resilient and stronger,” according to the agency. . 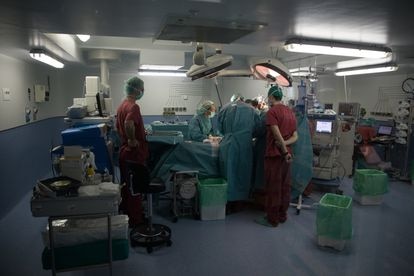 These policies also have a scientific and industrial component, with the aim of contributing to the consolidation of a strong and innovative European pharmaceutical sector. The Profarma Plan is the translation at the Spanish level promoted by the Ministry of Industry and in which those of Health and Science also participate.

“Spain has a very good manufacturing capacity, both for the synthesis of active ingredients and for finished medicines, and we hope that this will be a stimulus. The general objective of the plan, which provides for aid, is to collaborate so that it is more innovative and competitive and, in this case, it also includes incentives for more companies to commit to the production of strategic medicines”, explains María Jesús Lamas.

Diversion to other countries

A recurring complaint from the sector in recent years has been that Spain is one of the European countries with the lowest drug prices, which would be behind some cases of shortages, since distributors – pharmaceutical companies usually have production quotas fixed for each country—in some cases obtain higher profits by diverting them to countries where prices are higher.

The AEMPS, which admits the need to guarantee the economic viability of strategic drugs, describes these cases as anecdotal and cites its latest shortage report as an example, in which only 2.4% of the 1,105 presentations with problems The reason alleged by the owner of the drug was the lack of “commercial interest”. 25.3% of incidents were due to “non-quality manufacturing issues”, 24.6% due to lack of “plant capacity”, 22% due to “increased demand” that did not was able to cover, 8% to problems in “the supply of active ingredients” and 7.5% were related to “quality” problems, among other reasons.

“The problem of the supply chain is global and as such we are facing it with our European and international partners. There are active ingredients that are only produced in one or two places in the world. A problem in that factory or in the means of transport that distributes them to the whole world affects all countries. That is why it is so important to review each of the links in the chain to identify at which points there may be a vulnerability and to have specific measures for each of them: have contingency stocks, expand the number of suppliers, plan plant maintenance of production and planning any stop, among many others”, concludes the director of the agency.