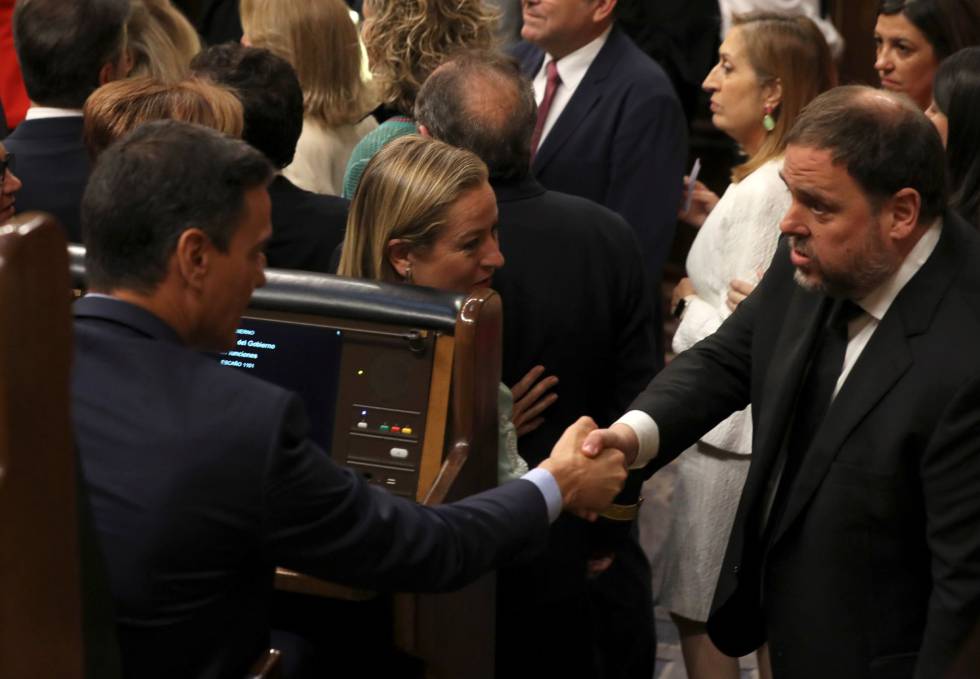 If the agenda is maintained, this week representatives of the Government and the Generalitat should return to sit around the dialogue table. On the eve of that meeting, ERC, the only formation of the Government present in that forum, is focusing on the need to reform the crime of sedition, key to resolving the situation of the Catalan independence leaders and a possible way to rebuild bridges with the Generalitat . This Sunday, the leader of the Republicans, Oriol Junqueras, has blamed the Government for paralyzing the reform of the Penal Code for “political reasons” in an interview with Europa Press.

“If there is no mathematical reason, it is clear that the reason is purely political,” said Junqueras, who warned that a step of this type from the central Executive, despite not resolving it definitively, could help the situation of sovereignist leaders who have fled outside of Spain, as is the case of former president Carles Puigdemont.

The Government worked last year on a possible reform of the crimes of rebellion and sedition, although it ended up freezing its proposal -“It was not a priority”, affirmed the Minister of the Presidency, Félix Bolaños- and its plans ended up parked. The intention was to halve the planned sentences, to go from 15 to eight years in prison, although its urgency lost motivation after the main independence leaders sentenced to prison were pardoned.

In the interview, the former regional vice president and sentenced to 13 years in prison for crimes of sedition and embezzlement as a result of his participation in the independence process, defends that the Council of Europe and the UN Working Group on arbitrary detentions have asked to suppress sedition, for which he considers it positive that Moncloa moved in the same direction. “If the Government wants the State to approach what all these international institutions indicate, it is evident that it knows what it has to do,” he points out, in an opinion not far removed from that of former Justice Minister Juan Carlos Campo. .

Then he points directly to the dialogue table, from which he demands that it serve “to correct all the injustices that so many people in this country have suffered, suffer and, everything seems to indicate, will suffer if measures are not taken to correct it.” Junts, through the mouth of its general secretary, Jordi Turull, reiterated yesterday that he would not participate in the meeting.

The regional government has put on the table the need to de-judicialize the procés in order to continue marking avenues for dialogue between the two administrations. This dejudicialization does not only refer to the existing sentences, but also to the judicial processes that are still in court. It is intended to avoid not entering prison, avoid sanctions that disqualify for the exercise of public office and economic fines.

Risk of re-entry into prison

Junqueras did not rule out the possibility of going back to prison in the context of the interview, as the Supreme Court is reviewing the pardons. “Of course we can, we have seen things much more contrary to law,” he says. “If they have done everything they have done and continue to do, everything they do against the judicial principles of law, the Penal Code, the recommendations of all international bodies, of course they are capable of continuing to do it,” he stresses. .