In China, Xpeng has long been an established manufacturer of electric cars. However, the Xpeng G9 is a crossover model of this brand, which should also find its customers in Europe should Xpeng decide to compete here.

The 4.90 meter long luxury class crossover will be available on the home market from October in three performance levels with either rear-wheel or all-wheel drive. The four-wheel drive versions not only offer more power, but are also equipped with air suspension as standard, which should bring more comfort. 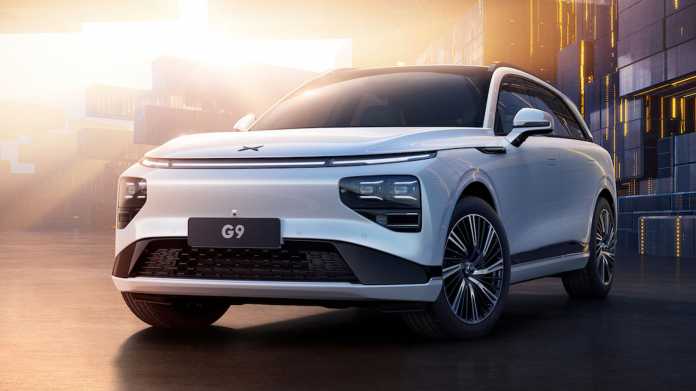 The days of exuberant chrome baroque are coming to an end in China. The simplicity of the Xpeng G9 points to international market plans.

The technical highlight of the crossover, however, is the new electric platform, which thanks to the silicon carbide battery can be recharged at a so-called S4 charging station with up to 480 kilowatts. This means that the Xpeng G9 can be recharged for another 200 kilometers in five minutes thanks to the 800-volt charge and, according to the manufacturer, the battery pack is boosted from 10 to 80 percent in just 15 minutes.

The standard model takes just five minutes more for the same charge. Even when charging at compatible third-party stations, the Xpeng G9 promises top values ​​for fast charging thanks to the 800-volt technology, which models such as the Audi E-Tron GT, Porsche Taycan or Kia EV6 also offer.

In the home market of China, Xpeng is continuing to expand its own charging network based on the Tesla model. In August, the company unveiled its 1,000th location and its new S4 charging technology, and plans to install more than 500 S4 charging stations in major cities nationwide by 2023. By 2025 there will be 2,000 charging stations across China. 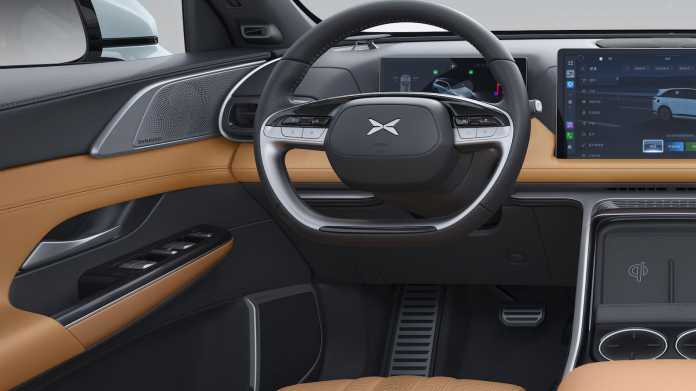 Buttons are rare in the Xpeng X9, screen controls dominate.

The top model Xpeng G9 RWD 702 E with 230 kW and a torque of 430 Nm offers a maximum range of 700 km according to the Chinese consumption cycle and is therefore the leader in the luxury SUV class. The G9 versions with the smaller battery packs (570 / 650) can travel 570 or 650 kilometers before they have to go back to the charging station.

Converted to the WLTP cycle, these are 460 and 570 kilometers. The four-wheel drive Xpeng 650 Performance is also powered by a 175 kW electric motor on the front axle, increasing its output to 405 kW and torque to 717 Nm. It accelerates from a standing start to 100 km/h in 3.9 seconds and, like all other engine variants, has a top speed of 200 km/h.

Long wheelbase thanks to electric drive

Thanks to its dedicated electric platform, the SUV offers a three-metre wheelbase with ample space for up to five people. The touch displays are obligatory large, sound, various comfort and driver assistance systems are available. The loading volume is between 660 and 1576 liters.

How to split school expenses between divorced parents

Do you like Japs? Maitake, the top Japanese fusion restaurant with a great discount for OKDIARIO