In front of the kitchen, Adrián Collantes. And in the Nagore Arregui room, which manages a winery in training from which notable improvements can be expected. “I am the wine list”, she replied with a smile when asked for the menu a few days after its opening. A casual, noisy and busy place, between a neighborhood bar and an eatery, where everything is reasonably good and the prices are moderate, although the portions are smaller than usual.

Dishes to share, some pending their preparation, that go through a recipe book that is no stranger to stews and cooking formulas that are regressing or already half-forgotten, such as Russian steaks, stewed omelettes or some spoon dishes with legumes as watchword. 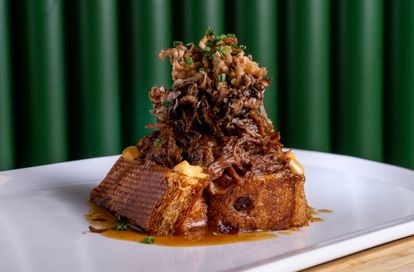 The appetizer that arrives at the table along with the bread, a hard-boiled egg covered in bechamel and stuffed with old clothes, marks the style of the house. The cecina croquettes are notable, with a soft dough and fine batter; the “dove” of Russian salad on crunchy toast is pleasant; the stewed potato omelette with tripe sauce is succulent, and the stewed lentils with pickled Iberian pork tongue are more than successful.

Recipes that evoke tradition, light and with measured cooking points that Estévez and his team interpret with the knowledge that haute cuisine brings them. 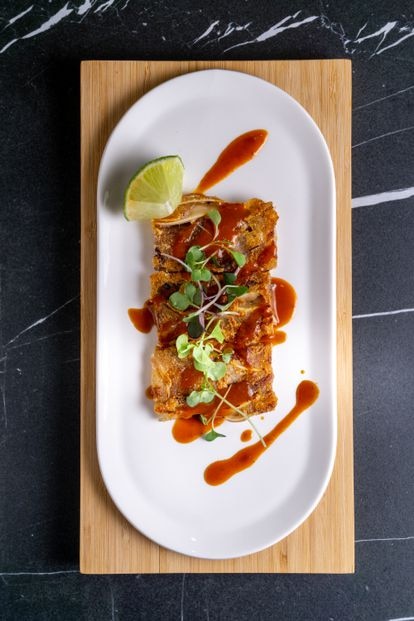 Among the desserts, the markedly traditional ones alternate with more current ones, such as the fluid chocolate cake: the brioche French toast with a lemon ice cream with which nothing harmonizes is greedy, and the cheese flan with liquorice and beetroot is acceptable. The artisan bread from John Torres and the magnificent coffee from Supracafé put the icing on the cake of a promising place that anticipates the openings of the fall.

Price: between 35 and 45 euros per person

European funds arrive with a dropper to the neighboring communities