Educators with HIV to minimize the impact after the first diagnosis 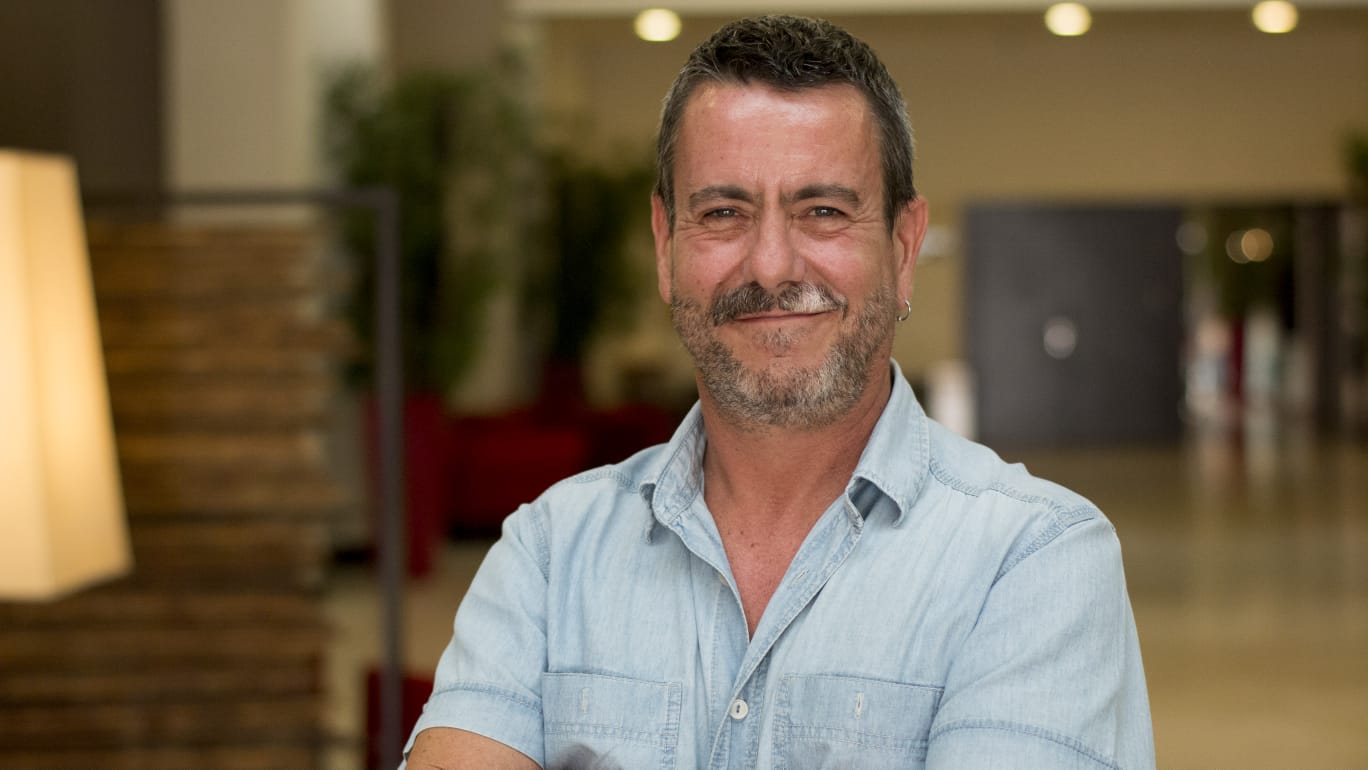 “When I was diagnosed with HIV, the first thing that came to my mind was how my children and my mother were going to treat me. I thought of myself as having leprosy. I was fatal, with no desire to live. At the hospital they told me: there is a boy who can help you. And I went up to see him. So kind, so sweet… It was a total shock. When he was leaving, he told me: ‘I’m going to give you a hug.’ And that hug saved my life.

Marlén, 56, does not forget that meeting 10 years ago. She also doesn’t forget another one, later: “It was when I went back into depression. Again I considered suicide. Then I remembered that boy, I called him and he told me to go see him. I confessed that he was so sick that he had stopped treatment and that he hadn’t been able to tell the doctor. He took me under his tutelage, put me in contact with a psychologist, helped me to resume treatment. And now, again, I feel great.”

That boy’s name is Víctor Baceiredo and he has been an HIV peer educator for 12 years. He has received training to help those who receive the diagnosis not feel that the world is sinking under his feet, and the first sign that life does not have to break is his personal story. Because Victor is also HIV positive.

He and Marlén are a good summary of what the Peer Program launched by the State Coordinator for HIV and AIDS (Cesida) means. Started in 2006, it opened a new path of care for newly diagnosed patients: “It was not born with the idea of ​​providing therapeutic support, but rather of complementing medical care and facilitating one-on-one”, explains Reyes Velayos, president of Cesida. “The objective is to give them a current, present and real vision of what it is like to live with HIV. For someone who has just received that diagnosis, seeing that the other leads a normal life, without marks, implies hope and light.”

As of today there are 20 hospitals, spread over seven autonomous communities, that have implemented this service: “Interventions are carried out in the hospital context because it is important to coordinate between educators, clinical staff and Cesida,” Velayos details. “And, also, because it is a safe environment for the person with HIV, who does not have to move, leave the area where his specialist is, enter a place where he can be identified…”.

Beyond the first diagnosis

A look at the latest numbers (collected from April 1, 2020 to March 31, 2021) clearly shows that the Peer Program is not limited in time to accompanying the initial moments and that it extends to other members of the environment of the patient. Thus, we see that, of the 3,357 interventions, less than 20% have been for a first admission.

“Our relationship is not limited to diagnosis,” confirms Baceiredo. He is one of the historical ones: in these 13 years of work in different hospitals in Seville, 2,054 patients have passed through his embrace. “And a lot of them keep coming through here. They have my telephone number, they know that they can call me whenever they want and they come when they need it, because the problems go beyond the initial shock: the appearance of a new sentimental partner, the doubts about when and how they can say they have HIV, the problems with medication…”

He too received consolation in his day. In 2007, and with the premonition that the diagnosis was going to be positive, he visited “all the churches in Seville. When I had the confirmation, I went to Adhara, where I was received by Reyes Palacios, another couple, who was the one who welcomed me”. Established in 2004, Adhara is the only NGO in the province of Seville specialized in the early detection of HIV infection and in facilitating health care and clinical follow-up for those affected. In the last year, the Peer Program has treated 849 people (705 men and 144 women) in the three public hospitals in the Andalusian province.

The necessary attention to the family and environment of the diagnosed

“Victor’s help has been essential in managing my entire process. He has helped me a lot with my mother and also with my husband, who had many prejudices at first and then I was greatly surprised by his evolution (he tested negative). A pair shows you the normality of the disease.”

Ángeles Borrero, 39, who was diagnosed in 2019, tells it: “She was carrying enormous fatigue and the doctors thought it was leukemia. Normally a woman as normal as me is not thought to have HIV. The hematologist was very happy when she told me that it was not leukemia, but HIV, but with zero information, I thought I was going to die. I asked him: ‘How long do I have to live? ‘, and she, very funny, said to me: ‘Chiquilla, you’re not in the 80’s!’”. Borrero assures that the help of the Peer Program was crucial for the emotional management of her infection: “I have attended many talks and today I can say that it is not possible for me to forget for a single day that I am diabetic; instead, I do forget that I live with HIV.”

There are many contexts in which the figure of pairs is used. In the case of educational interventions in health, it is understood that there are a number of people whose personal experience can influence others. Taken to HIV, so associated with stigma and in which so many negative emotions are intermingled –guilt, shame, fear–, the figure of someone who wears your same shoes becomes crucial.

The president of Cesida is convinced that “success is the closeness, the humanity transmitted by educators who have gone through the same experience and accompany the person; They also have prior training, which is repeated every year, because there are always things that are updated or improved”. Velayos emphasizes the importance of this training, which has been reinforced with the creation in 2018 of the Peer School, a pioneering experience in the world and which is carried out in collaboration with the UNED, which has the expert qualification. The idea is that all trainers have preparation, training and sensitivity to deal with these people. “It is not a therapy with a psychologist,” emphasizes Velayos. “It’s a chat with a person you see as an equal.”

Thanks to the fact that they see you as an equal, many times your interlocutors entrust to the pair what they keep quiet in the consultation. As Baceiredo explains, “it is very important, for example, to reinforce adherence and not stop treatment. It is also common for them to tell you that they have problems with depression, anxiety, insomnia. They do not know that the treatment could affect them; It is then that you guide them and point out the importance of good communication with their specialist and that they tell him what is happening to them so that he can assess whether or not any change in his prescription is necessary”.

In addition to these aids, which are key to controlling treatment and improving quality of life, there is no doubt that the final great benefit is emotional: “HIV is an obstacle to being happy, but it can be overcome. It is about showing reality and giving strategies to deal with it”, summarizes Baceiredo. The result could not be better in the case of Marlén: “I am again undetectable, the psychologist sees me radiant, I feel good again”. And Ángeles, for her part, sums up her experience like this: “Before I was going too fast. And now I entertain myself. My life is more beautiful now.”

On hells and tax havens