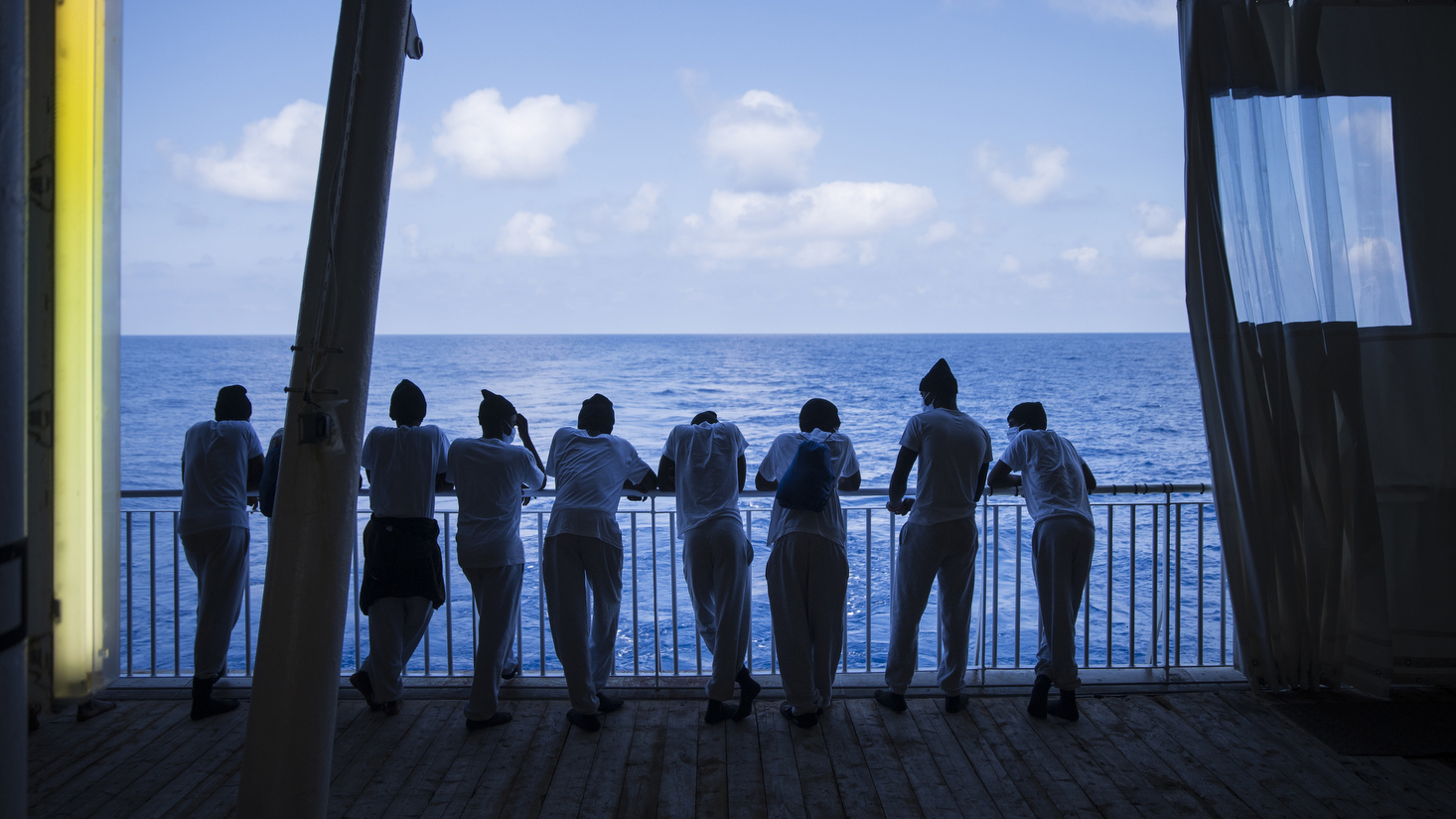 In July 2018, the Asso 28, an Italian oil supply ship crossing the Mediterranean, came across a rubber raft carrying a hundred desperate migrants. In their attempt to make the dangerous journey from Libya to Europe, the migrants had reached international waters when the ship rescued them, and their captain chose to take them not to a safe port in Europe, as required by law, but back to a gulag from migrant detention centers in Libya, where the United Nations and other entities have documented systematic torture, rape, extortion, forced labor and deaths.

In October this year, the captain of that supply ship, Giuseppe Sotgiu, paid a heavy price for that decision: an Italian judge sentenced him to one year in prison for failing to comply with humanitarian regulations.

The painful irony of this conviction is that Sotgiu is heading to jail for what EU officials have been doing on a much larger scale for several years: pushing migrants to a place of extreme human rights violations.

Since at least 2017, the EU, led by Italy, has trained and equipped the Libyan Coast Guard to serve as a delegated maritime force, whose central objective is to prevent migrants from reaching European shores. The Libyan Coast Guard is highly effective in its mission thanks to the aerial intelligence provided by the EU border agency, Frontex.

Using drones and planes that fly over the Mediterranean, Frontex locates migrant rafts and alerts the Italians, who in turn inform the Libyan authorities. Once captured by the Libyan Coast Guard, tens of thousands of these migrants are sent to a dozen detention centers run by militias.

In the past five years, hundreds of thousands of migrants have attempted to cross the Mediterranean, putting a growing number of merchant ship captains in a bind. Captains who, unlike Sotgiu, abide by humanitarian law and decide to bring migrants to Europe sometimes face serious consequences.

In August 2020, for example, the crew of a Danish-flagged tanker named Maersk Etienne rescued 27 migrants, including a pregnant woman and a child, at the request of the Maltese authorities. Malta then refused the Maersk ship to enter its port to unload the migrants, leading to a long and costly confrontation that only ended when the migrants were handed over to a humanitarian NGO. In a gesture of appreciation, Maersk later made a donation to that organization, prompting Italian prosecutors to threaten Maersk with prosecution for alleged violation of anti-human trafficking laws.

But most of the migrants trying to cross the Mediterranean never reach merchant ships because they are captured by the Libyan Coast Guard. Despite routinely opening fire on migrant rafts, which has been linked to human trafficking and killings, and is now run by militias, the Libyan Coast Guard continues to enjoy strong EU support. This fall, the EU delivered four new speedboats to this force so that it could more effectively capture migrants and send them to the same detention centers that the UN has described as implicated in state-sponsored crimes against humanity.

The tide may be turning. Sotgiu’s conviction points to growing unease over the illegality of the delivery of migrants to Libya. So do two landmark cases brought this year by migrants against Frontex, the European border agency, before the Court of Justice of the European Union, the EU’s main judicial authority. The cases allege that Frontex agents or officials ignored evidence of rights abuses perpetrated by EU member states or participated themselves in the illegal return of migrants seeking asylum.

Of course, the EU is not alone in trying to outsource the dirty work of containing migration. Over the past decade, the United States government has tried to reduce the flow of Latin American migrants by requiring those arriving through Central America to remain in Mexico while they apply for resettlement. The so-called “remote investigation” also allows US immigration authorities to avoid the dilemma of what to do with people whose asylum applications were denied, but who come from places that do not have deportation agreements. Migrants in these centers face beatings by guards, spoiled food, lack of access to clean water, extreme temperatures, overcrowding, lice and scabies, according to The Global Detention Project, a Geneva-based human rights NGO.

In May, I traveled to Libya to investigate the death of Aliou Cande, a 28-year-old migrant from Guinea Bissau who had fled his battered farm in an attempt to reach Europe. On April 8, 2021, Cande was shot dead by guards inside one of Libya’s most gruesome detention centers, a center called Al Mabani or “The Building”, located in the heart of the capital, Tripoli. The murder was not the subject of any investigation by the EU or Libyan officials; no one was detained or punished. Along with hundreds of others who suffer a similar fate in these prisons, Cande was buried in an overcrowded migrant cemetery in Tripoli, more than 3,000 kilometers from his family in Guinea Bissau.

In Tripoli, I interviewed dozens of other migrants who had been incarcerated with Cande in Al Mabani. They told me about cells so crowded that detainees had to sleep in shifts. They spoke of a special room in which migrants were sometimes beaten while hanging upside down from the ceiling beams. They shared with me the audio message that Cande recorded on a mobile phone hidden in jail, in which he made one last request to his family to send the ransom he needed to be released.

Cande was precisely the type of climate migrant the world will see millions of in the coming years: droughts in Guinea Bissau had become more common and longer; floods became more unpredictable and damaging; Cande’s crops were being lost and her children were hungry. He left for Europe to save them.

Climate change, which is already sending tens of thousands of migrants north from Africa and the Middle East, could potentially displace 150 million people worldwide in the next 50 years. Rising sea levels, desertification, hunger … all this will bring the desperate to places like Europe and the United States, which will test the moral character and political imagination of the countries best prepared to survive a crisis. overheated planet.

Countries certainly have the right and duty to manage their borders, but the way the US and the EU are managing the first waves of migrants is neither efficient nor humane. Putting merchant ship captains in the middle of this crisis is not the solution. Worse still is outsourcing the problem to failed states like Libya, where human rights abuses are a predictable conclusion.

Ian Urbina is an investigative journalist and director of The Outlaw Ocean Project, a Washington, DC-based non-profit journalism organization that investigates human rights and environmental crimes that occur at sea.