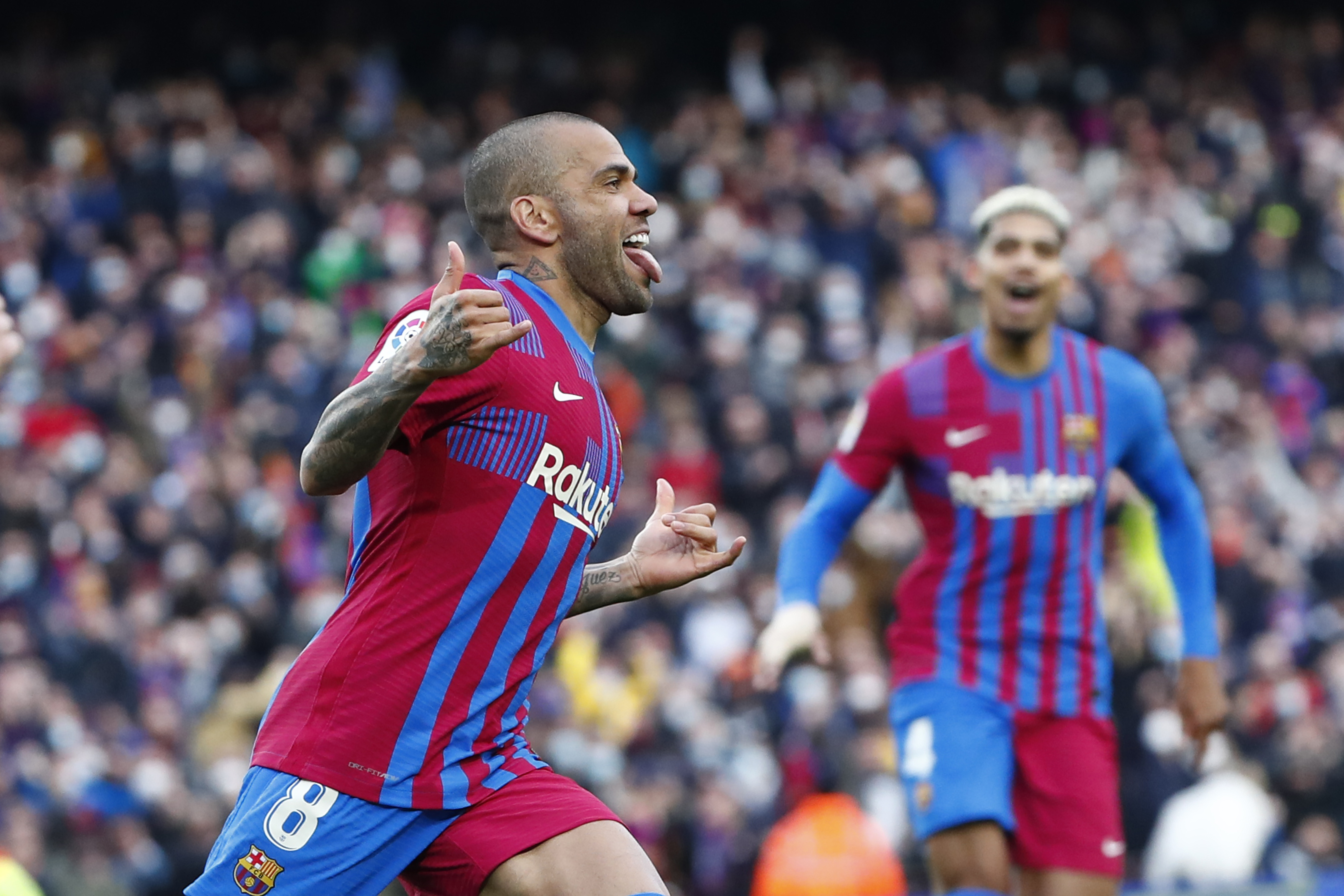 Dani Alves said goodbye to Barcelona. He is the second goodbye of the Brazilian winger, 39, from the Camp Nou. “The time has come. They were more than eight years dedicated to this club and these colors. But in life the paths diverge. A very nice cycle is coming to an end”, Alves published on his social networks this Wednesday afternoon. Before, the club had already informed him that they did not have him for the next campaign. “I would like to thank the staff for the opportunity they gave me to return to my home,” added the footballer.

Without a team and with the idea of ​​playing in the 2022 Qatar World Cup, the defender offered himself to Barça last November. Xavi Hernández, who has just returned to Camp Nou to take charge of the Barça bench, gave him a thumbs up. The coach wanted to increase the competition in the squad, in addition to betting on Alves’ ability to generate a good atmosphere in the locker room. “I was not born to be second, I always want to be first. I’m not here to spend time or live in Barcelona. I’m here to play and fight for a position”, assured Dani Alves on the day of his presentation at the Camp Nou.

The winger’s first stage at Barcelona began with Pep Guardiola in 2008 and ended with Luis Enrique in 2016. “At the Camp Nou I was in a comfort zone and in a position that was too comfortable. And that, in me, is that something is wrong. What moves me are the challenges and fighting to make history elsewhere, ”he resolved in 2016 after signing with Juventus. He had played 391 games for Barça, summed up in 21 goals and 101 assists.

In the last winter market, he began his second period at the Camp Nou. “Dani Alves is a sensational player, associatively, with team spirit, character and soul and he will do very well for us”, praised Xavi after the winger’s re-opening in the Maradona Cup last December. However, the first setback for the Brazilian came in the Europa League. The Catalan coach chose to leave him out of the list to play the European competition. “I always understood that life is phases and I know what phase I am in now, closer to the end than the beginning. If Xavi does this to me when I’m 25 years old, maybe we’ll fight… but now we’re here to help Barça and I know it hurt him to have to make the decision to leave me out”, explained the defender. Under Xavi’s command, Alves played 17 games, scoring one goal and dishing out four assists.

But with Dest in the squad, the signed renewal of Sergi Roberto and the bet of the sports area for the incorporation of César Azpilicueta, Barça considered that the position of right back would be well covered. “There were 23 titles won: two triples, a sextet and a great book written in gold. But let the world not forget: a lion is still a lion even if he is 39 years old. I am resilient. Visca Barça forever”, closed Dani Alves. The winger, who has participated in the last two friendlies with Brazil, continues with his idea of ​​playing in Qatar. He wants the 46th career title from him. No one in football has raised more cups than him.