CRISPR co-inventor: “We are appealing the patent decision”

Berkeley v Broad Institute: Who Owns the Rights to Gene Editing? Recently, the US Patent Office decided that the patent rights for the most important applications of CRISPR do not belong to the university of the Nobel laureate, the University of California, Berkeley, but to the Broad Institute of MIT and Harvard. In an interview, co-inventor Jennifer Doudna explains what she thinks of it.

Synthetic biology could become the key technology of the 21st century. It provides the tools for researchers to change and rewrite the code of life. The new issue is available from 19.5. in stores and from 18.5. easy to order in the heise shop. Highlights from the magazine:

What do you think of the Patent Office’s decision against Berkeley?

It doesn’t really make sense to me [aber] I’m glad we still have our 45 existing and 40 pending patents in the US. And our 30 European patents are not affected by the judgement. In the scientific community, I don’t think there are many questions about what really happened. Honestly? I continue with my research.

That’s your interpretation. That’s hard to say, isn’t it? I don’t know what other people’s motives were, but of course we appeal. Of course we don’t agree with the decision. And, of course, 30 countries and the Nobel Prize committee also disagree when it comes to who invented what first.

How has the marketing of CRISPR gone so far?

Great. A number of companies founded in the last decade have already gone public and many more are in various stages of development. We receive very interesting reports from clinical studies and see sustainable long-term effects on patients. 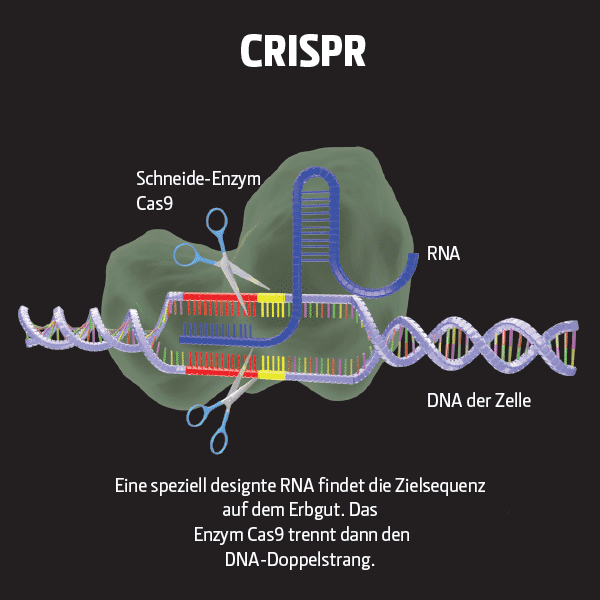 The clinical application of CRISPR in medicine has so far been the focus. However, I suspect that over the next decade, CRISPR applications in agriculture and even in combating climate change will potentially have a much broader impact when we think about the global impact and the impact on everyday life. Pam Ronald, our research partner at UC Davis, used CRISPR to grow drought-tolerant rice and is about to field test these crops here in California. A little further afield, but also of great importance, I think, is the use of CRISPR in microbial communities, in soil or in water, which allows us to improve their carbon sequestration abilities.

Let’s talk briefly about genome editing in the genome. CRISPR Babies. There are certainly speculative health benefits to be seen. For example, there are likely versions of genes that protect people from Alzheimer’s. Do you think CRISPR should be used to make people more resilient to disease?

I think it’s likely that CRISPR could go in that direction. I’m passionate about improving people’s quality of life, whether it’s a disease like Alzheimer’s or cardiovascular disease, which also has a huge social and financial impact. In the future, if there were a way to use CRISPR to protect people from susceptibility to these types of diseases in general, it should be considered.