Construction stops Adif competitions for 1,000 million due to anti-fraud clauses 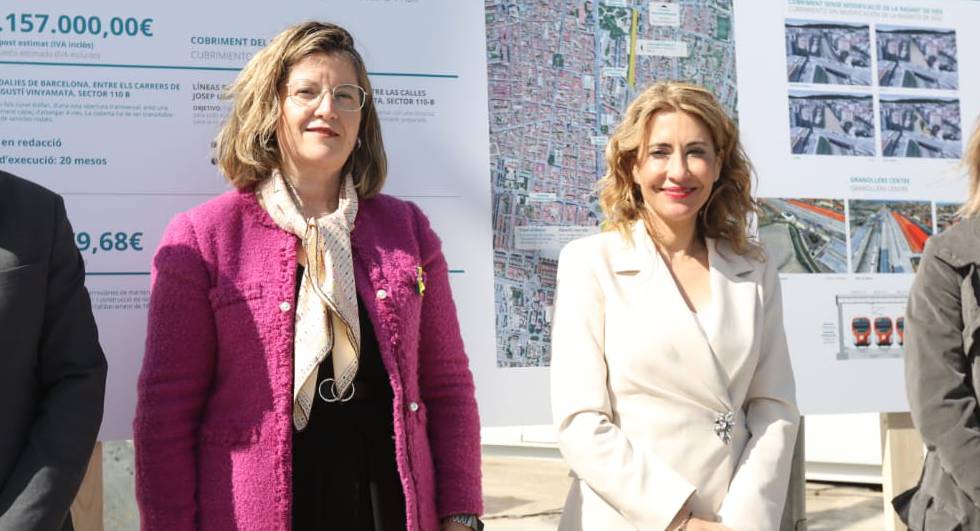 The hiring of Adifthe main engine of public investment, is in risk of collapse in full execution of european funds for the recovery of the economy. The construction companies, through the employer CNChave been planted before the specifications of the contests and they have appealed against a score of them since julio.

The claims are in Central Administrative Court of Contractual Resources (TACRC) and they have brakes projects with a total value of 1,000 million. The appealed clauses, abusive from the employer’s point of view, are used by Adif and Adif Alta Velocidad to avoid fraudulent practices.

The judicialization of these contracts occurs after the fine of 203 million imposed by the CNMC on July 5 against the six largest civil works references in Spain: Acciona Construction, Dragados (ACS Group), FCC Construction, Ferrovial Construction, OHLA and Sacyr Construction.

The two clauses questioned are the one of integrity and fight against fraud, and the one of resolution of the contract

The two clauses questioned are integrity and fight against fraud, and termination of the contract. In the first case, Adif applies its anti-fraud measures plan to prevent, detect and correct bad practices, corruption and conflict of interest. When companies participate in a competition, they therefore assume the obligation to respect the principles of the free market and competitive competition. In this way, tricks such as backup offers, and the assignment, elimination and rotation of offers, among others, are faced. Violation of this clause is considered very serious and can lead to a fine of up to 10% of the contract price for each breach, with a ceiling of 50%, and even the suspension of work.

As for the termination clause of the contract, companies must remain throughout the execution period of a work in a situation that does not prohibit them from accessing public procurement. Otherwise, Adif is empowered to terminate the contractual relationship.

The CNMC concluded in July that representatives of the civil engineering giants met weekly for 25 years (from 1992 to 2017) to decide on the public contracts in which they were going to share technical reports, commissioned from third parties, for the preparation of their offers. That resolution is on the way to ordinary justice with resources from each of the construction companies in the National High Court.

The companies, members of the former association of giants G7, argue that the lack of studies in the documentation provided by the Administrations, necessary for the execution of a contract, forced the contractors to complete them on their own. They shared the cost of the reports and, they argue, each used them independently and without agreement to bid.

Adif has been seeing its anti-corruption policy adjusted to the law for years, with clauses classified as essential obligations, and it seems little or not at all willing to renounce them. For the public company, it is about closing doors to possible obstacles to competition and guaranteeing the correct use of public funds.

The first ten cases entered the TACRC in July, as reported by El País. And since then they haven’t stopped. The sources consulted comment that 75% of the 19 appealed projects are financed by funds from the Recovery and Resilience Mechanism (MRR).

Among the tenders stuck in court are the works of the first section of the southern railway access to the port of Castellón; the comprehensive improvement of infrastructures of the Madrid-Yeles section, on the Madrid-Seville high-speed line; the first phase of the extension of the Cercanías network from Madrid to Soto del Real; the exterior restoration of the Valencia Nord station, or the new access channel for the integration of high speed in Valencia and the remodeling of the Joaquín Sorolla station in the same city. The specifications include the possibility of terminating the contracts in the event of a supervening declaration of prohibition of contracting.

The demands that construction intends to knock down are not new. These are requirements that have been in force in Adif contracts since 2019, without causing any stir until this summer. This anti-corruption shield has its origin in the resolution of the CNMC of March 2019 (S/DC0598/2016), in which 15 companies were sanctioned, most of them subsidiaries of large construction companies, for “illegally distributing the public tenders called by Adif related to railway infrastructures (electrification and electromechanical systems) for conventional and high-speed train lines”. The sanctions totaled 118 million euros and are being appealed to the National High Court.

Adif has insisted on using a shield in its contracts in view of two new resolutions of the CNMC. The first is dated September 29, 2021 (S/DC/0614/17) and sanctioned a cartel for the distribution of construction, supply, installation, commissioning and maintenance contracts for railway security and communications facilities. This would have acted between 2002 and 2017. And the second, on July 5 (S0021/20), penalized the alteration of competition in civil works tenders between 1992 and 2017.

This new clash between Adif and the construction contractors threatens to aggravate the delays in the tender that had already been occurring for months in an environment of high litigation. Among the reasons were the inflation in construction materials and different execution guarantees that the public company introduces in its specifications.

The moment for the dispute, due to anti-corruption requirements, could not be more inopportune: the Ministry of Transport has in its hands more than 18,000 million euros of the Next Generation funds and the MRR mechanisms, and Adif is in charge of executing some 5,800 million of that European aid.

In fact, the context is marked by an increase in the pace of tenders by the company chaired by Marisa Domínguez, which was already evident in the first half of the year, as highlighted in a report by Seopan, which shows an increase of 48 % in the total economic volume of the contests (1,969 million euros) compared to those of the same period of 2021 (1,328 million).

Remodeling. Different anti-fraud offices, and parties such as Ciudadanos and United We Can, have demanded in recent years a reinforcement of the CNMC and even the reform of the Public Sector Contracts Law to activate measures that guarantee the right to competition.

Prohibition. One of the measures that declines with the appeal against the resolutions of the CNMC is the prohibition of contracting with the Public Administration to companies with serious infringements of distortion of competition. The penalty is contemplated in article 71.1.b) of the Public Sector Contracts Law (LCSP), and the CNMC requests the activation of the State Public Procurement Consultative Board in extreme cases.