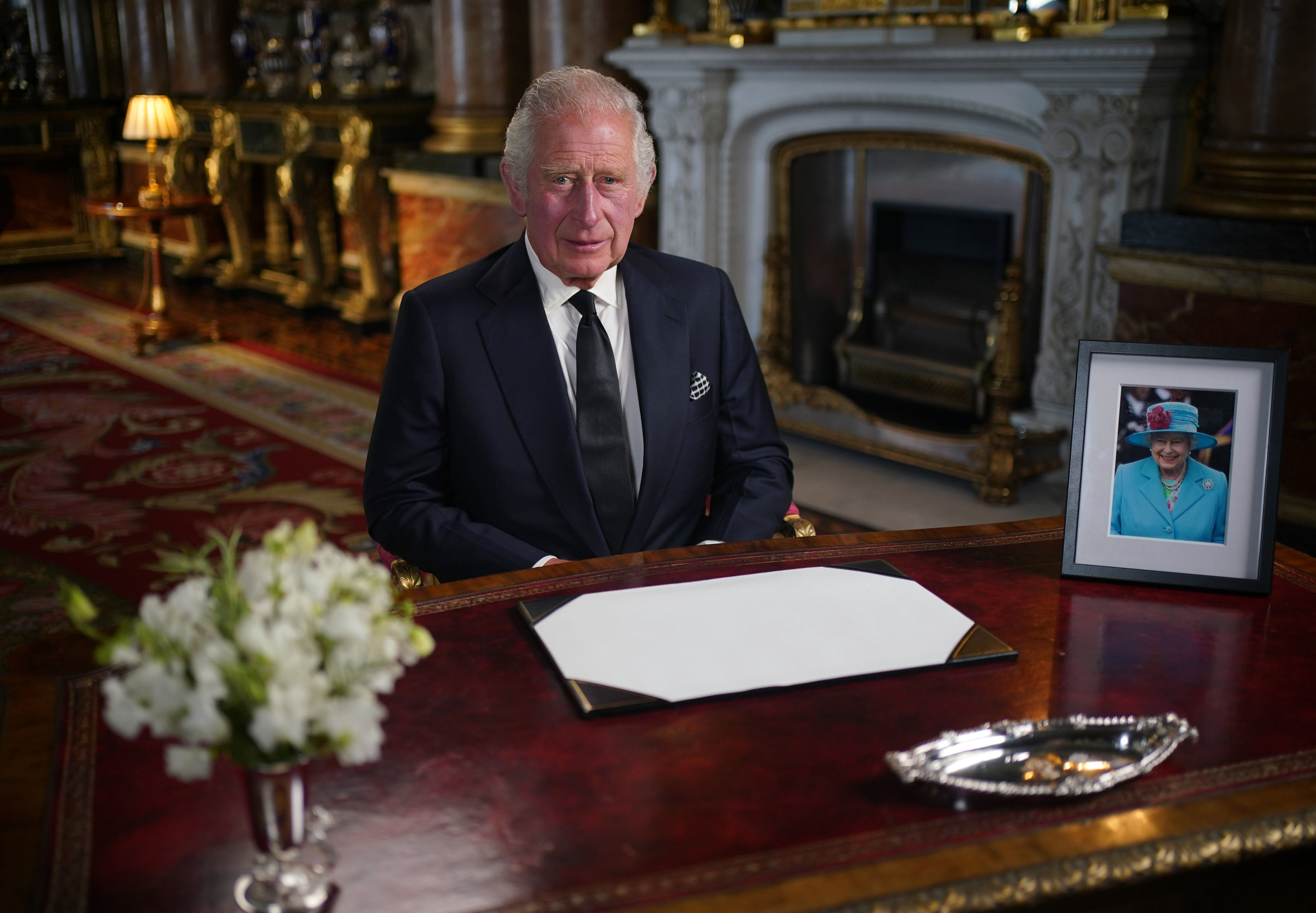 Carlos III, 73, is aware that his reign is born with a limited time, and in his first speech to the nation, in the middle of the afternoon this Friday, he wanted to convey to the British a message of calm continuity. “As the queen did, with unwavering devotion, I also solemnly pledge, for the remaining time that God wants to grant me, to defend the constitutional principles that reside at the heart of our nation,” said the new monarch.

It was a recorded speech in what will now be his residence, Buckingham Palace. His first words to the British have sounded at the beginning of the religious service held in the Cathedral of San Pablo, in honor of Elizabeth II. Aware that the eyes of the world are focused on his first acts and declarations, the heir who for decades was committed and involved in the most controversial issues of the time is today a king who simply aspires to fulfill his role with the same dedication with which His mother did it for 70 years.

“Upon assuming my new responsibilities, it will no longer be possible for me to dedicate a large part of my time and energy to charitable organizations and the issues that I cared so deeply about,” announced Carlos III, to dispel any doubts about his neutrality. future. Like his mother, the new monarch has expressed his absolute commitment to the values ​​of the Church of England, of which he is now the highest head, and to the “traditions, freedoms and responsibilities of our unique history and our parliamentary system of government.” . Like Elizabeth II, the time has come for her son to watch over the constitutional architecture of the United Kingdom, and not so much for its nature, its landscapes or its architecture. At least publicly.

Tribute to “the queens”

A large part of Carlos III’s speech, nine minutes read behind a sober desk, presided over by a portrait of Isabel II, and with a dim tone of light, has been dedicated to paying homage to the figure of the late monarch. “Her dedication and devotion as a sovereign never ceased, through times of change and progress, through times of joy and celebration, and through times of sadness and pain”, she expressed in a committed intervention, from the principle, “to honor the memory” of his mother, he said.

The expression of kindness and warmth towards the deceased monarch has also been extended towards the woman who, during 17 years of marriage, and many more of complicity, has incorporated into the character of Carlos III the temperance and tranquility of spirit that were so elusive during the first decades of his life. “It is also a time of change for my family. I count on the loving help of my dear wife, Camila. In recognition of her loyal public service since we celebrated our marriage 17 years ago, she now becomes Queen Consort. I know that she will incorporate into the demands of her new role the firm devotion to duty on which I have come to depend so much, ”announced Carlos III. It was the wish expressed by Isabel II in the celebration of her last birthday. She wanted her daughter-in-law to acquire the title of queen consort, like the wives of other kings in the past. The turbulent years in which the Carlos-Lady Di-Camila triangle biased much of the British against the latter forced a cautious attitude on the part of the royal family, which fed the assumption that the Duchess of Cornwall would simply be a princess consort. On the second day of his reign, Carlos III has made the decision he longed for so long.

The second decision was addressed to whom, for many years, the British media fed as the hope of a renewed monarchy, under the condition – which today has already been revealed impossible – of jumping a step in the line of succession: his son William, the most popular member of the Windsors after the late queen. with Catherine [Kate Middleton] By their side, our new Prince and Princess of Wales will continue to inspire and lead the national conversation, I know, and help push the marginal into center ground, where life-saving aid can be delivered.”

Warm words also, in a new beginning of everything, towards the couple that has given him the most headaches in recent years: “I also express my love to Prince Henry and Meghan, as they continue to build their lives on the other side of the ocean”, has said. Honey, but also a definitive point and aside in the distribution of the new responsibilities of the House of Windsor.

In mid-afternoon, Charles III was returning to London from Balmoral, in the Scottish Highlands. There the coffin of Elizabeth II was veiled, before undertaking a first trip to Edinburgh. Arriving at his new residence, Buckingham Palace, Carlos and Camila have found thousands of citizens concentrated in front of the fence. The official Rolls Royce has stopped right there, and the new king has had his first crowd bath.

Carlos III did not stop giving thanks —almost with the astonishment of discovering that he was loved by the people— while he shook hands, picked up bouquets of flowers, and even allowed himself to be kissed on the cheek by an effusive woman who had managed to carve out a niche for himself in the first row of those present. It was only at the end of so much entertainment that the king, clueless, went to the wrong door. His assistants have had to redirect him until together, Carlos and Camila, have walked the long entrance patio. Of the palace, and of his new life.

Buckingham has shown shortly after the images of the first meeting of Carlos III with the prime minister, Liz Truss. Four days before, Isabel II had commissioned him to form a Government in his name. “It was the moment that I had feared the most, like many other people,” the monarch told Truss in a brief initial exchange before the cameras.

A Bolsonarista stabs a follower of Lula in Brazil