Calviño announces that the banking tax will be presented next week 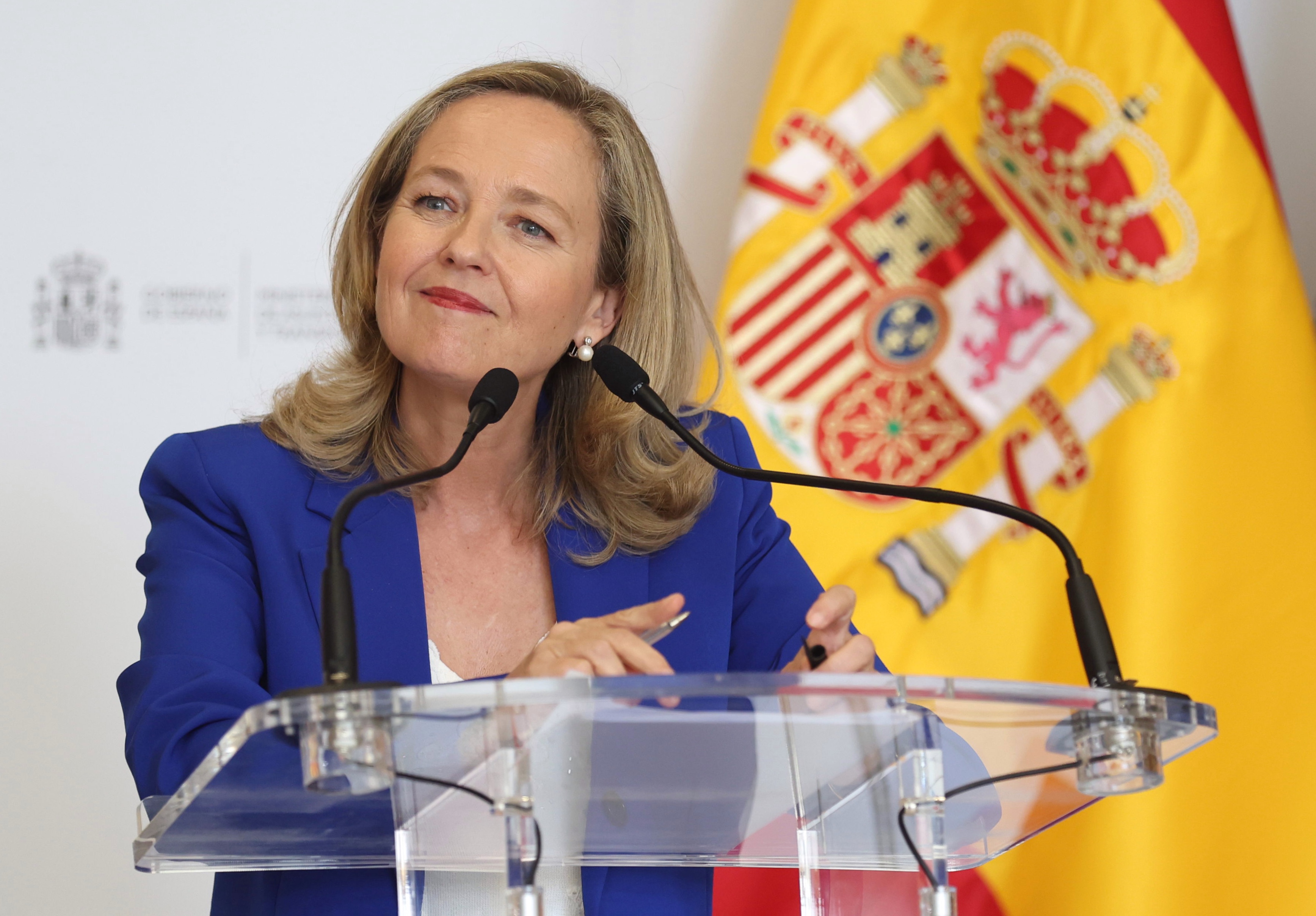 Cordial meeting but without details of the new tax. That has been the summary of this Friday’s meeting between the Ministry of Economy, the banking associations and the top leaders of the country’s large financial entities. In the meeting only the justification for creating a new tax on the sector, with which to face the cost of social measures, has been addressed. As recognized by the first vice president of the Government, Nadia Calviño, the details of the design of the tribute have not been entered into. It has only advanced that it will be presented next week as a bill in parliament. In other words, it will be negotiated with the political parties of the investiture bloc and will not be discussed with the banks.

“The negotiation will take place in parliament with the parties,” the vice president has stressed on several occasions. Thus, the final design of the tax will depend on the negotiation with the parties and possible changes in the parliamentary process, as has already happened with the labor reform. Vice President Calviño has said in this regard that there is also the option of introducing mechanisms that prevent the transfer of this additional cost to consumers. “The Treasury has the experience to monitor and ensure that this does not affect customers or the granting of credits”, stressed the Minister of Economy. And she has insisted that the tax is going to be designed in such a way as to protect the solvency of the banks, the granting of credits and tax collection: “The banks agree on the need to protect tax revenues.”

The sector, for its part, has positively valued the meeting, although it does not share the arguments put forward by the Executive. In addition, Calviño has recognized that the sector asks that they not be stigmatized. Alejandra Kindelán, president of the Spanish Banking Association (AEB), has maintained that this measure will not solve the pending challenges: “The tax worries us. We believe that this is not the time and that it is not going to solve the problems that are on the table of high inflation, nor is it going to improve employment nor is it going to contribute to supporting the economy with credits”. In addition, the representatives of the banks, AEB and CECA, have assured that it is necessary for the sector to be strong and prepared to help in these times of uncertainty. “This is not the necessary measure to contain inflation,” added Kindelán.

José María Méndez, CEO of CECA, also recalled that the sector already bears various specific taxes: a tax on deposits, a 30% corporate tax rate, payment of the tax on documented legal acts at the signing of mortgages and the tax on financial transactions. “We are separating ourselves from the European context in which we compete and there should be a tax harmonization of the sector”, he has said.

The Vice President of the Government has repeated the arguments already put forward by the President, Pedro Sánchez, to justify the tax both at the meeting and at a subsequent press conference. She has stressed the need for the bank to lend a hand. She recalled that the solvency of entities has benefited from public aid to companies during the pandemic and the crisis due to the war in Ukraine. In addition, Calviño has said that it is the sector least affected by the rise in costs of the energy crisis. And she has highlighted the extra boost that the rise in interest rates that the European Central Bank began this Thursday will mean in her accounts.

Other topics were addressed at the meeting, such as the macroeconomic situation and perspectives at a time of high inflation, as well as financial inclusion. Despite this, as was evident, the bulk of the discussion has revolved around the tax. In fact, sources from the banking sector expected that there would be something more concrete about the tribute with which the Executive expects to collect 3,000 million euros in two years. However, the details of the tax will wait at least a few more days.

Why do acne marks appear?