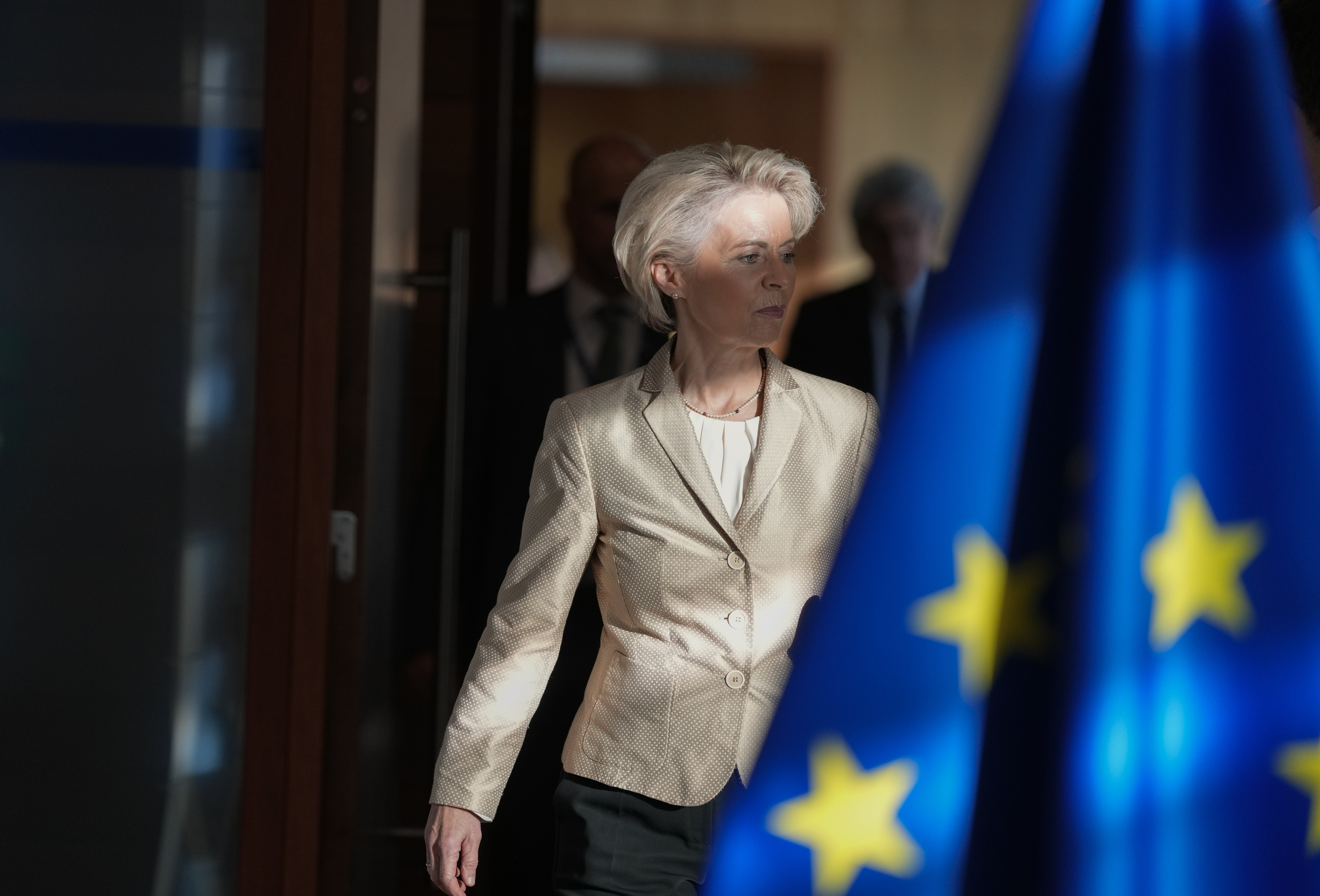 Brussels narrows the circle around the Russian economy. The European Commission has proposed this Wednesday a new package of sanctions against the regime of Vladimir Putin for the invasion of Ukraine. The objective is to lay the foundations to impose a cap on the price of oil —that which arrives by tube; those who travel by sea will stop doing so in December due to another round of sanctions—and add names to the black list of people who are prohibited from entering community territory and their assets are frozen.

When the EU is narrowing the circle on the Kremlin’s collaborators in Russia, Brussels is now proposing a clause that prohibits citizens of the Union from being part of the boards of directors of Russian state companies, as Germany had demanded in recent days, in the meetings to prepare the new package. The new ingredient in the Kremlin restrictions is tailor-made for the likes of Gerhard Schröder, a former German chancellor and lobbyist for the Russian president in the EU. “Russia should not benefit from European knowledge and experience,” said the president of the European Commission, Ursula von der Leyen, in an appearance with the EU’s High Representative for Foreign Policy, Josep Borrell, in Brussels.

In the midst of an escalation in Moscow, which is preparing to illegally annex four Ukrainian regions and is mobilizing tens of thousands of men to send them to the front, Von der Leyen has proposed further restricting the products that Russia exports to the EU and those that Twenty-seven can sell to Moscow — key technology, electronic components, aircraft equipment — to strangle its war economy and prevent it from continuing to nurture and modernize its defense industry. Brussels calculates that with this measure the Kremlin will stop entering some 7,000 million euros, according to the president of the Commission. This amount would be added to the 82.9 billion euros (51% of total imports in 2021) that comprise previous punishment packages.

Exports to Russia during these war months are more than 50% below the same periods in 2021, both in value and volume, according to customs data. That year, imports from Russia since Putin decreed the invasion of Ukraine have fallen by 35% in volume; although they are 40% higher than those of 2021 in value due to the effect of the price increase.

The Commission also seeks with this new batch to impose a cap on the price of oil, as EL PAÍS advanced. Although, at the moment, the measure has a vague aspect: Brussels proposes “laying the legal bases” to do so, explained Von der Leyen. This measure is in line with what was agreed by the G-7 a few weeks ago and would be added to the veto on Russian oil that arrives by ship, which comes into force in December.

With the energy crisis triggered, it will not be easy to carry out the new package of sanctions. Countries like Greece and Cyprus —shipping nations that already objected to the crude oil section in previous waves— are already raising some reticence that adds to the traditional ones of Hungary. His prime minister, Viktor Orbán, assures without giving details that these punishments are “counterproductive” and harm the EU. The Hungarian leader has also launched a national consultation on these restrictive measures in which he seeks to support himself to strengthen his opposition in Brussels.

The Commission’s proposal must now be discussed in the 27 EU capitals. The previous sanctions package took about four weeks to pass. Although the current context, after Putin’s nuclear threats against the West and with the prospect of a resurgence of the war in Ukraine and with a possible Russian sabotage of the Nord Stream 1 and 2 gas pipelines on the table, could be a boost.

Meanwhile, the Kremlin is preparing to absorb the Ukrainian regions of Donetsk, Lugansk, Kherson and Zaporizhia with the shield of illegal voting that may serve Putin to justify his nuclear threats behind closed doors. The EU and NATO have already warned of the nuclear risk arising from these pseudo-referendums. “We will not accept false referendums or any kind of annexation in Ukraine,” said Borrell. “We are determined to make the Kremlin pay for this new escalation,” Von der Leyen stressed. Brussels, Borrell explained, has proposed blacklisting puppet authorities in the occupied regions and anyone involved in illegal annexation, as well as more people from the Russian Defense Ministry and the Kremlin’s defense industry.

Javi Martín: "Being admitted to a psychiatric hospital is the worst thing that can happen to you"