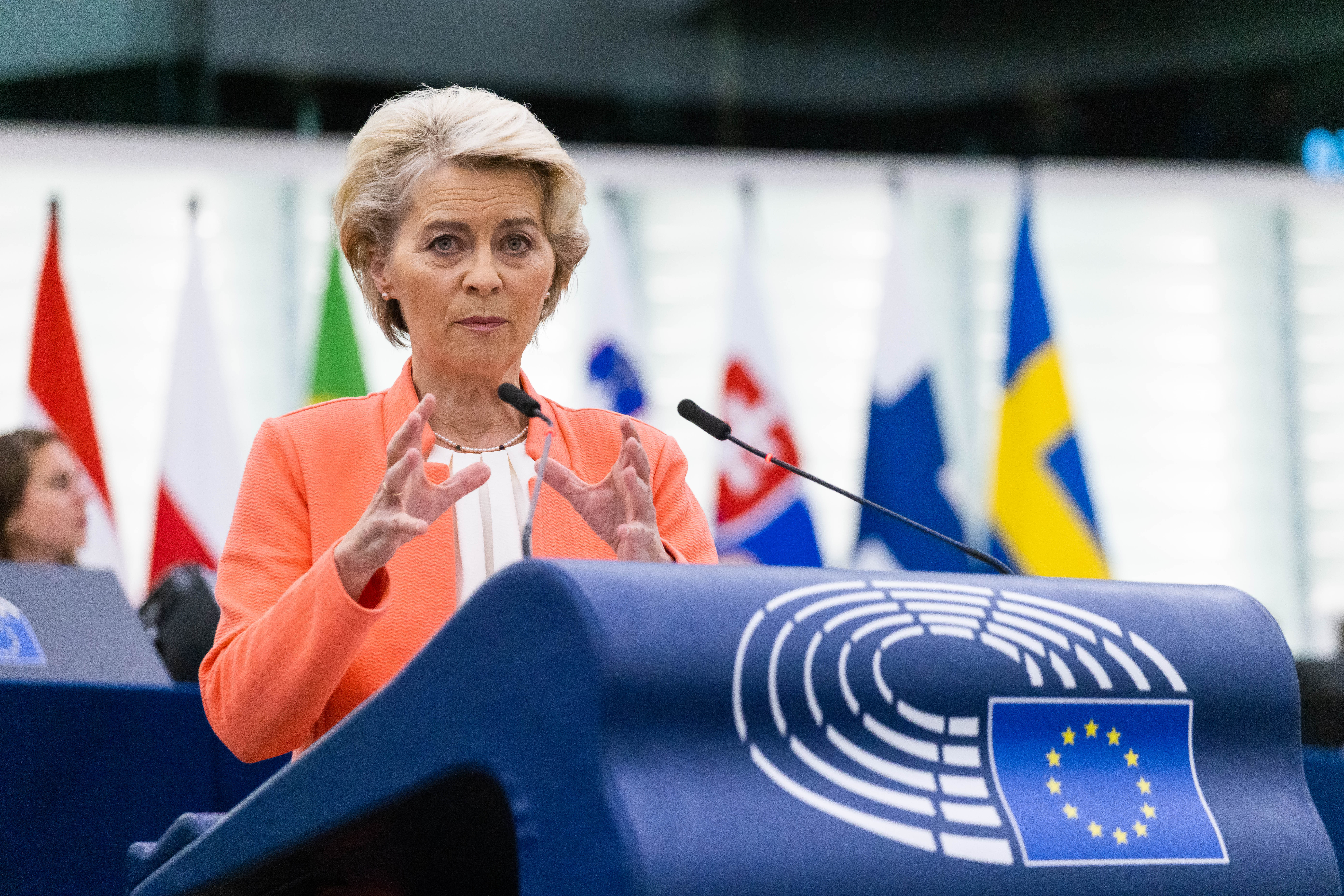 The European Commission is going to formally propose to the Twenty-seven a European version of the Iberian mechanism that has allowed Spain and Portugal to significantly lower their electricity bills. This is how it appears in the letter that the President of the European Executive, Ursula von der Leyen, has sent this Wednesday to the Heads of State and Government who will meet this Friday in Prague. In it she presents a “roadmap” outlining the next steps, which also mentions a “price limitation” for all gas imported into the EU. This measure would be temporary and is quite similar to the demand of 15 countries, including Spain, initially rejected by Brussels, which was only willing to study such a measure in reference to gas of Russian origin.

“We are willing to discuss the introduction of a temporary cap on the price of gas used to generate electricity,” says Von der Leyen, referring to the Iberian mechanism in point three of the five that he outlines as proposals to be discussed in Prague. “This should reduce electricity prices in anticipation of a structural reform of the electricity market,” he adds. Since last June, Spain and Portugal have limited the price of gas used for electricity production, something that helps lower the bill because this technology has become the most expensive and conditions the final amount in the marginal auction. The system has been successful in containing prices more than in other European countries.

However, the head of the Community Executive, whose institution raised many objections to the Iberian exception at the time, at the same time highlights the main obstacle outlined so far in the face of the increasingly numerous and insistent demands, starting with France, to approve a mechanism at European level: the fear that this will increase gas consumption. Brussels insists that this has happened in Spain, ignoring the arguments of the Spanish authorities that link this event to external effects and not to higher energy consumption.

Madrid recalls that, despite the limitation of the bill, it is still much higher than the pre-crisis times, so the Iberian mechanism is still not an incentive to consume more. The real reason for the increase in gas consumption to generate electricity, says Spain, is the heat wave and severe drought in Portugal, which have reduced hydraulic resources, and France’s need for more electricity, due to the part of its nuclear power plants.

A reasoning that Von der Leyen ignores by limiting himself to pointing out that “a cap of this type agreed at the EU level should be designed in such a way that it does not increase the general consumption of gas.” And in turn, he continues, “it calls for binding savings requirements to offset weaker price signals and safeguard cross-border flows of subsidized electricity.”

Brussels is also concerned about what it calls a “leakage problem”: that the electricity subsidized by a mechanism of this type could be transferred to other countries, as has happened in the Iberian case with France. There the problem is contained, but in the Belgian capital it is remembered that in other parts of the continent, such as Central Europe, this could have a much greater magnitude, to which must also be added the question of how to prevent that cheaper electricity from not reaches non-EU countries, such as Switzerland or the UK, if the system goes mainstream.

All this indicates that the Iberian model will not be replicated in Europe, but that the Commission will try to find a formula more adapted to all the particularities of the Twenty-seven. However, Brussels has given enough signs that countries like Spain or Portugal will be able to maintain their own model as long as it conforms to the general characteristics.

In his letter, Von der Leyen also opens the door to a more general gas limit, as 15 countries have been demanding for weeks, including Spain, which last week sent a letter to the Commissioner for Energy, Kadri Simson, in this sense.

“I propose that we work together with the Member States to develop an intervention to limit the prices of the natural gas market”, writes the President of the Commission. It would be a “temporary” measure, which Brussels estimates could last between 6 and 7 months, which is what it calculates it would need to create a new reference index. The one currently used, the Dutch TTF, “is no longer representative of imported gas,” says Von der Leyen.

“The Commission has begun to work on a complementary European index that better reflects the energy reality of Europe today and guarantees a better functioning of the market that leads to lower prices,” explains the German. The abandonment of the TTF, or its application together with other indices, has been another of the proposals promoted for weeks by Spain.

Until that new index is implemented, “we should consider capping the price in relation to the TTF in a way that continues to ensure the supply of gas to Europe and all Member States and that shows that the EU is not willing to pay any price. for gas”, he adds in a reference to the objections presented so far by the countries most opposed to a general cap on gas. Among these is Germany, which alleges a possible supply disruption.

During that long half year that it would take to create an alternative, the idea would be to impose a ceiling, signaling that, above that price, Europe is not willing to pay more. That would be close, according to Brussels, to the request of at least part of the 15 countries that, although they made their demand as a bloc to exert pressure on the Commission – and in light of Von der Leyen’s new speech, it seems that it has provided some effect — have in their internal bosom different ways of conceiving how to limit the price of gas.

In his list of proposals, Von der Leyen also advocates “redoubling” negotiations with “reliable” suppliers such as Norway or the United States in order to reduce the prices of imported gas, either by tube or by means of liquefied natural gas transport vessels. “A hallway [de precios] negotiated that reduces the provision costs of these partners would be of mutual interest”, he stresses.

In addition, von der Leyen, who had already outlined his ideas on Wednesday morning in a speech to the European Parliament in Strasbourg, wants more funding from the REpowerEU programme, launched in the spring to reduce dependence on Russian gas. In the longer term, the President of the Commission wants to continue working on the “design of the structural reform of the electricity market” and points out in this regard that Brussels will present “at the end of the year” ideas to ensure that the electricity market is “ready for a more decarbonized future”.

Von der Leyen’s proposals should serve as a guide for the informal summit of heads of state and government in Prague this Friday, from which no formal decisions are expected, although some key guidelines so that the new measures can be agreed upon before October ends.