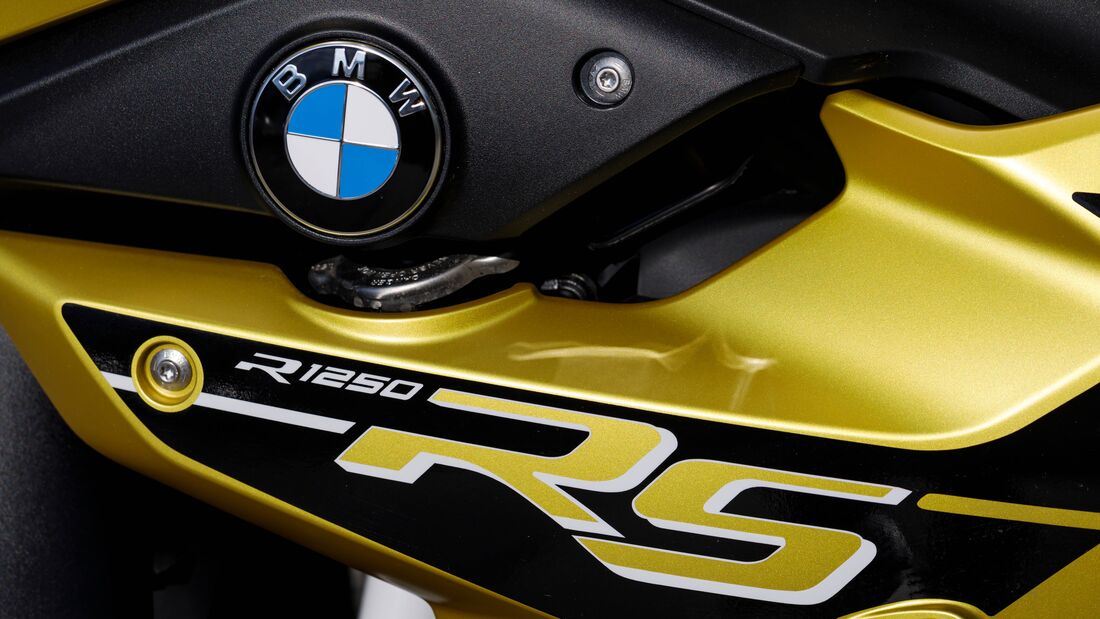 RS, which used to be the abbreviation for racing, also at BMW. In the meantime, this type abbreviation means “travel and sport”. Accordingly, BMW has classified the R 1250 RS as a sport touring model – on the BMW homepage, however, it can be found under “Sport”, next to the Superbike S 1000 RR.

For 2023 there is apparently a model revision, called “MÜ” for short at BMW, for the R 1250 RS. The trend here: less sport, more touring. In the meantime, documents have emerged in which the overall height of the R 1250 RS is about one centimeter higher than before. Since the highest point on this motorcycle is also the windshield, this component would have to be about one and a half centimeters longer in the future. With corresponding effects on the required wind protection in the upper body area, especially for taller drivers. Previously, the windshield of the RS could be locked manually in two stages – up or down. This will probably remain the case, an electrical version is not to be expected here.

It is not yet known to what extent the facelift on the RS will extend to the “face” with the LED headlights in addition to the extended windshield. One thing is certain: the R 1250 RS will get more than just new colors for 2023. Because the RS was missing from the list with the new colors and minor adjustments to the BMW model year 2023, published in July 2022.

According to reports, the exhaust system, including exhaust gas cleaning, will also be adapted in order to be prepared for the next stage of the Euro 5 standard from 2024. This is one of the reasons why the model code is changing formally: from 2019 the BMW R 1250 RS, internal type code K54, ran under the model code 0J81, from 2023 it will be 0M81.

Substantially, in terms of drive and chassis, nothing essential will change. For the air-water-cooled 1250 boxer engine with variable intake valve control Shift Cam, 136 hp and 143 Nm are still mentioned. The next boxer evolution stage will probably be presented in the course of 2023, initially with the new R 1300 GS. A completely new boxer sports tourer – the R 1300 RS – should then not follow until summer 2024 at the earliest for the 2025 model year.

The sports touring boxer model R 1250 RS will be given another model revision for 2023, called “MT” for short within BMW. A facelift with a slightly longer windshield and updates in the areas of electronics and exhaust system. We do not expect the completely new BMW R 1300 RS until summer 2024 for the 2025 model year.