Blue and golden hour: the pictures of the week (week 35)

In the summer, the camera can stay in the camera bag during the day, but it really comes into its own here in the off-peak times during the morning and evening twilight. Here the golden and blue hours follow each other directly and immerse a landscape or scene in particularly emotional lighting moods.

Daylight has different color temperatures depending on the time and cloudiness. From a physical point of view, blue achieves the highest values. But cyan blue, reminiscent of the blue on a frosty winter day, is at the freezing point of the emotional color thermometer. It is not for nothing that blue is also the color of the cold season.

The golden hour provides rich red, orange and yellow tones and thus cozy warmth. FoThorsten proves this with his recording “Abendbrot” with grazing sheep on the dike and Jörg Franzen’s “Im Stoppeldsjungel” also lives from the harmonious interplay of the different shades of gold. The blue hour, on the other hand, brings out the cooler and soothing shades of blue – impressively captured by Tino Weigelt in his recordings “New Discoveries” and “Ahoi” by .ChristianN..

All pictures of the day are summarized in our photo gallery. 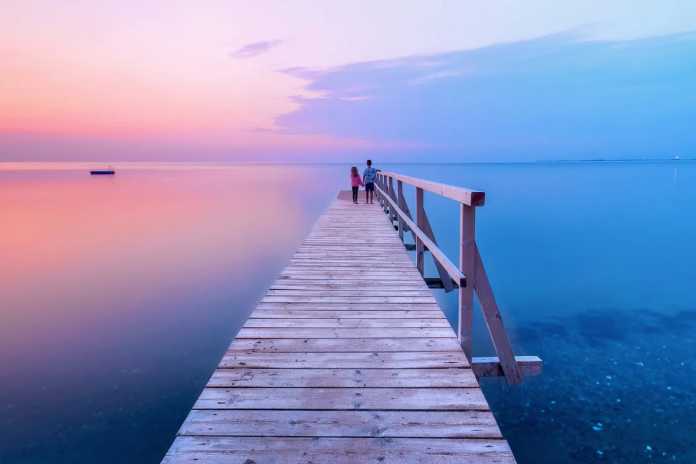 Planned and yet with a surprise. Tino Weigelt took his picture of the day during his vacation in the Baltic Sea with his family. He had planned to take such a picture there. “When I finished the picture without children, you said you wanted to be in the picture too.
I thought to myself: This won’t work because they have to stay still for 30 seconds, but they really tried their best and I was able to take home an even nicer picture. The fact that the colors of the clothes match the overall picture was coincidental and I only realized it through the comments in the forum,” he writes c’t photography.

The prostitutes in opposition to Irene Montero: “We’re additionally feminists and we will sleep with whoever we wish like her”

Sánchez, the burials and historical past