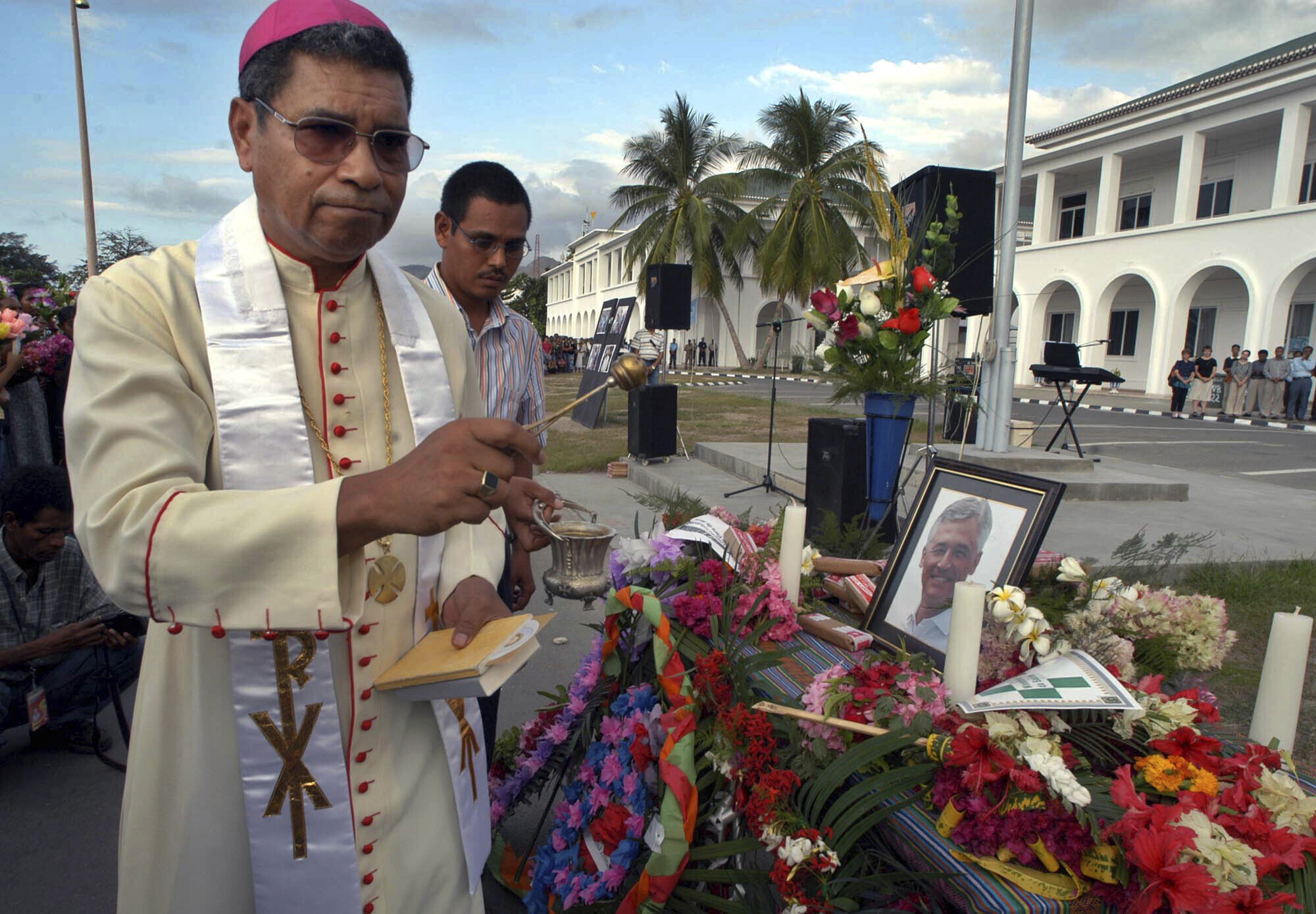 The Dutch investigative weekly De Groene Amsterdammer, one of the oldest in the Netherlands, has published this Wednesday information in which several men claim to have been victims of sexual abuse in adolescence by Carlos Felipe Ximenes Belo, who was bishop Catholic from Dili, capital of East Timor. According to the magazine, the prelate took advantage of his position of power with children immersed in extreme poverty. Belo received the Nobel Peace Prize in 1996, together with José Ramos Horta – current president of the country – for his search for a peaceful solution in the former Portuguese colony, occupied by Indonesia between 1975 and 1999.

The Vatican had already received news of the “inappropriate behavior of the bishop” and had imposed disciplinary sanctions, as confirmed by its press office today. Information published by the Italian newspaper La Repubblica citing Vatican sources, after receiving these accusations, penalties were imposed that included restrictions on movement, the exercise of the ministry and preventing contact with minors, as well as any contact with their country of origin.

The Dutch magazine collects the story of Paulo, who was between 15 and 16 years old when Bishop Belo invited him to visit his residence in Dili after a mass. Paulo, “who prefers to remain anonymous for reasons of privacy and personal and family security,” is now 42 years old. He found the call an honor, because Belo was the powerful head of the Catholic Church in East Timor and also a national hero. That night, however, the bishop abused him in his bedroom. “He took off my pants, groped me and performed oral sex on me,” says Paulo. Confused and dazed, he fell asleep. “Upon waking up, he gave me some money.” He didn’t tell anyone and it only happened once.

It was not like that with another boy, named Roberto, who has turned 45 years old. He also protects his name, and the weekly explains that there was a party in his town that the bishop attended. Belo asked her to go to the convent and it was too late to return to his house. “That night, he raped me and sexually abused me. In the morning he fired me and gave me money to keep quiet. And to make sure that he would come back,” says Roberto. On other visits, the bishop required him, “and I felt loved and recognized, until I understood that he was not interested in me, but only in himself; From then on, it was all just because I needed the money.” Both Roberto and Paulo say in the report that there were people looking for boys for Belo.

According to Roberto, the Catholic Church was respected by the people of East Timor because it helped people and offered protection. With the country immersed in the struggle for independence, it was very difficult to talk about alleged sexual abuse for fear of ostracism, threats and violence. The magazine, for its part, indicates that the victims were afraid to talk about all this. Now, Paulo asserts the following: “We must speak to the world loud and strong about sexual abuse, and I want Belo and the church to ask for forgiveness. I want them to recognize what they have made us suffer so that this violence and abuse does not happen again.”

De Groene Amsterdammer points out that, according to his investigations, there were more victims of the Catholic bishop. He affirms in turn that they have spoken with “20 people who knew about the Belo case: dignitaries, government officials, politicians, NGO members, church people and other professionals.” More than half knew a victim personally, while the rest had news of it. In 2002, the prelate, who was ordained a priest in 1980, suddenly resigned. He was 54 years old and first returned to Portugal. He then spent time doing missionary work in Mozambique. The magazine assures that he tried to obtain Belo’s version and he hung up the phone.