Beware of the sexy apartment scam: ads with houses that later do not exist to get your data and steal from you 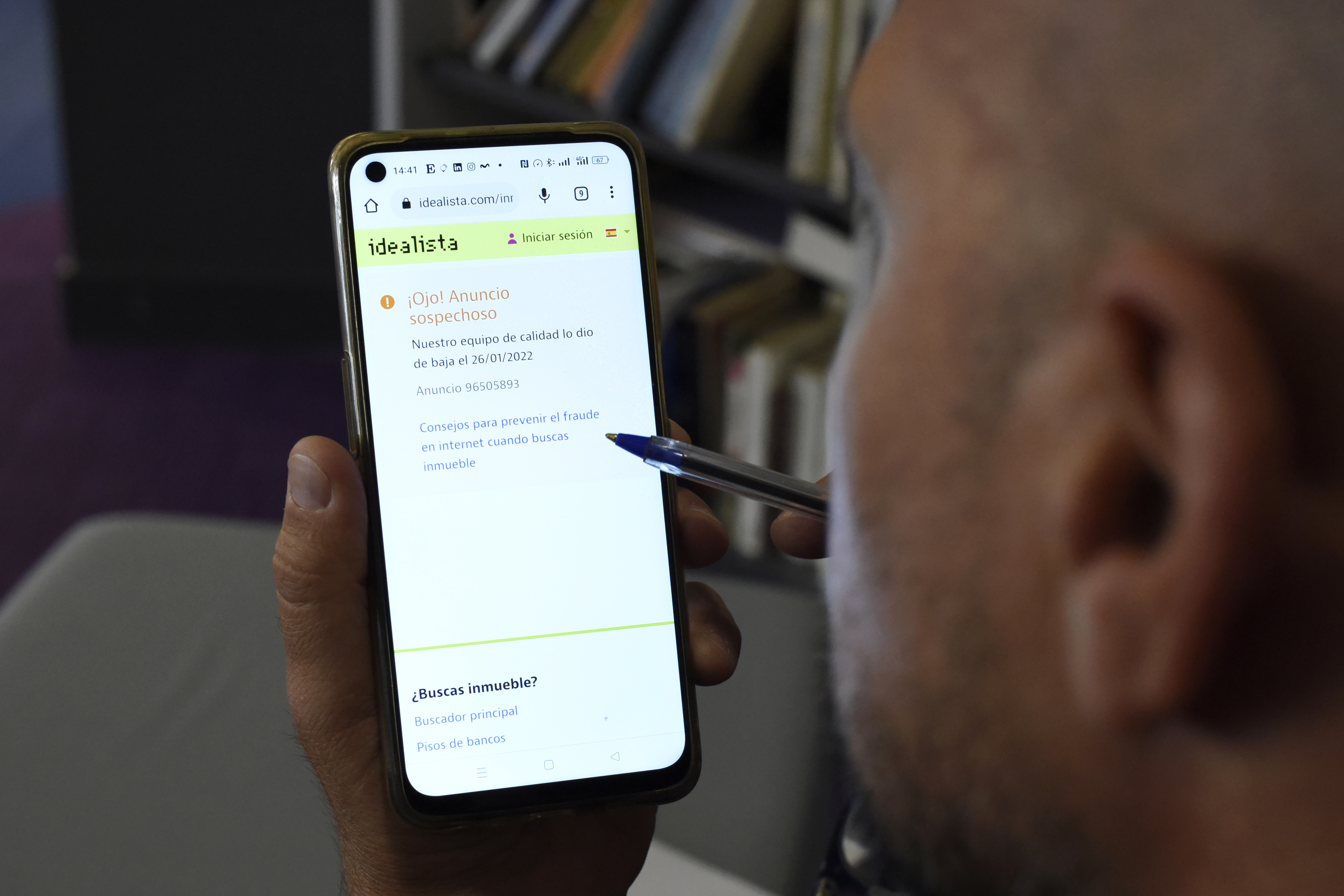 “The flat was super well, with a wonderful decoration.” María R. tells how one of the frauds that are taking place the most in housing rentals is gestated. They are the ads for wonderful houses that do not exist and that are the hook to steal personal and financial data from dozens of victims. Later, this information is used or sold to rent flats, ask for microcredits and finance purchases. The rush to not run out of what appears to be a good home, and at a good price, is the gasoline for this fraud that María escaped.

At the end of January, this 44-year-old from Madrid began looking for a flat in the town of Alcorcón (Madrid). After several weeks — “everything she saw furnished was a horror” —, she found one on Oslo street. It was a 70-square-meter flat in a “very cool urbanization” for 800 euros a month. The ad, located on the Idealista portal, only gave the option of replying to the alleged landlady, who called herself Alexia, on Whatsapp. Maria contacted her. The first thing she saw was a photo of a couple; she (Alexia) was pregnant. “It generated trust,” says María.

But Alexia did not take long to drop the bomb: “To arrange a visit to the home, we should first check the solvency with our non-payment insurance of our future tenant. It is necessary to send photos of the DNI on both sides and the last three pay slips. The non-payment insurance will give us the result in 48 hours. The house is furnished as seen in the images, although it is delivered with or without furniture. A month’s deposit is required. María was shocked by such a demand: “They had never asked me for that in the first contact, never.” She insisted on seeing the flat first, but Alexia made the excuse that there were so many interested parties that they had to do that filter. Maria stopped answering.

The next day, Idealista sent María a message with the following text: “Ojo! Suspicious ad”, followed by tips to prevent fraud. From this portal they indicate that there are many ways in which the mafias try to circumvent their controls. “Our strategies to combat them are tailored to their attempts, but they are confidential.” The portal confirms that it collaborates closely with the State Security Forces and Bodies and the courts that investigate these mafias.

This type of scam, in its different versions, has proliferated in recent months. Dozens of people looking for a rental have suffered. Pablo Campos, 45, had worse luck. “Through a friend I found out about a third party who rented an apartment that fit the budget he managed.” The house was in the Plaza de los Luceros, one of the best areas in Alicante, and the price was 650 euros per month. It happened in February. Pablo had just gotten divorced and it was urgent. “I gave my data by email, ID and payroll, so that he could see that I could take care of him economically.” Months later he found out that his data had been used to buy appliances through loans in Cofidis. “I found out about the non-payment of invoices for those purchases. I think they also used my data to rent real estate to third parties.” For the first of the cases, he has filed a complaint for identity theft. In the second, he tells him, “we are investigating”.

In all the advertisements, a supposed solvency analysis company appears. Arrenta has been one of the affected companies. In fact, it was the insurance brokerage itself who, at the end of August, warned and denounced the increase in phantom rentals. Mercedes Robles, director of Arrenta, tells how they realized that something was happening. “We began to receive dozens of calls from people saying that they had sent us documentation by mail and that we had not answered them.” Evidently, the email was fake—it was a gmail. “Ghost rental housing ads are used as bait for tenants to send in their personal data. It is a problem that can cause economic losses,” says Robles. And she adds: “We encouraged all of them to go and report it to the Police.” Although, as long as there is no fraudulent use of that information, there is no crime. Even so, sources from the National Police insist on the importance of denouncing in order to charge a crime to these organized groups that usually act from outside Spain. In addition to requesting microcredits with these data, in Renta they believe that they are being used to sign rents and non-payment policies, so the owner may have a stranger in his apartment. “There have even been cases in which the impostors have charged the rent directly to the tenants,” says Robles.

Cristina Sánchez also had her data stolen between March and April, when she and her partner were looking for a flat to rent in the Chamberí area (Madrid). They wanted a recently built or renovated house with two bedrooms and about 70 square meters. “Through a website of rental ads we found an apartment that seemed designed for us, in a community with green areas, 75 square meters, from 2018 and at a price that was 25% lower than apartments with similar characteristics in the area. “, bill.

Same strategy. The advertiser “told us that before seeing the house as collateral he would ask us for rental insurance and that he would need our data for Arrenta to approve it.” After three days, the advertisement disappeared and also the supposed landlord. It was then that Cristina called the brokerage and realized that nothing was real. At the moment, she is not aware that she has used her identity, but she is concerned. “Now we have a mixture of anger, fear and helplessness, because we don’t know what they can do in the future with all the information they have.”

In Arrenta they fear that this practice will increase in September and October, months in which the demand for rentals grows considerably. The first piece of advice from this brokerage is not to deliver documentation without first having visited the flat and verifying that it exists. Mercedes Robles reminds that if the renter is a company (a real estate company, for example), an express and non-tacit consent must first be signed for the processing of personal data. “It is also essential that the tenants sign the contract in person and, if this is not possible, that it be done through platforms that allow the act of signing to be recorded,” she adds.

In the organization of consumers and users CECU Madrid they add other precautions, such as distrusting rentals at prices well below the average in the area. If so, “you have to check if the property is in other portals and if the alleged owner coincides,” they add. To visit the apartment it is not necessary to deliver any type of documentation. “We must not send any personal document until we show our agreement with the conditions of the contract and there is a true intention to formalize the rental”, they indicate in CECU Madrid. And if documents are requested to carry out a non-payment insurance and study the solvency, that the data of the company with which they are going to carry out the procedures be provided. Finally, it is the tenant who must know the owner’s account to direct the rent payment, but not the other way around.

The National Police advises checking the wording of the announcement (they usually have misspellings, although not all) and if there are reviews or affected on the internet. They recognize the difficulty in prosecuting these mafias, although they have redoubled their efforts and have specialized units to investigate these frauds, for which international cooperation is essential.

“We are from Christian Dior and we want 900 plates”: the mail that changed the life of a modest ceramic firm from Cordoba