Beta Chachagias Racing Team: At the top of the Panhellenic Enduro – MotorBike.gr

The curtain of the Panhellenic Enduro Championship has opened

With Panagiotis Kakolyris prevailing in the general classification, and three more riders climbing the podium in their categories, the curtain opened on this year’s Championship for the Beta Chachagias racing team in Amfissa

In the first and second rounds for 2022, the Beta Chachagias Racing Team made one of their strongest performances in recent years, winning the General classification and the E2 class with Kakolyris (Beta RR 350 Racing). 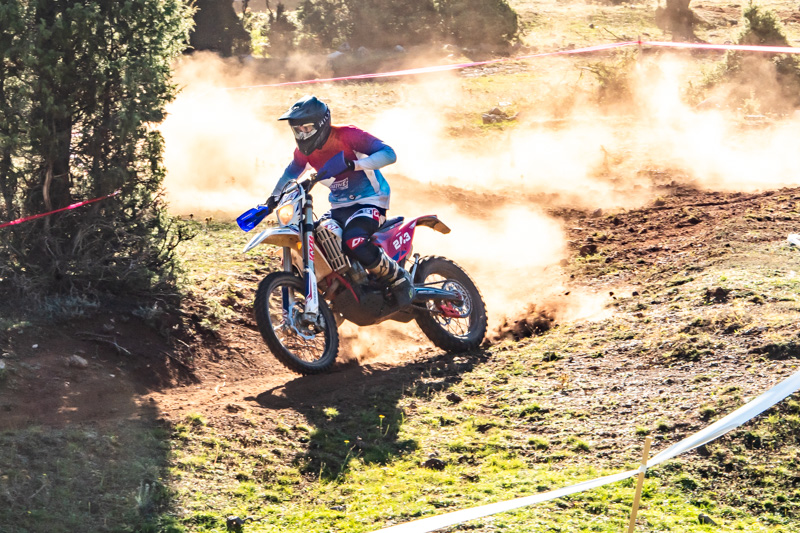 At the same time, it saw all its riders climb the podium in their categories with Konstantinos Gerontakis (Beta RR 300) taking second place in E3 and Giorgos Manolidis and Phil Atwill taking turns on the podium in E2, on Saturday and Sunday respectively .

One of the most difficult races of recent years awaited the riders of the Panhellenic Enduro Championship in Amfissa. 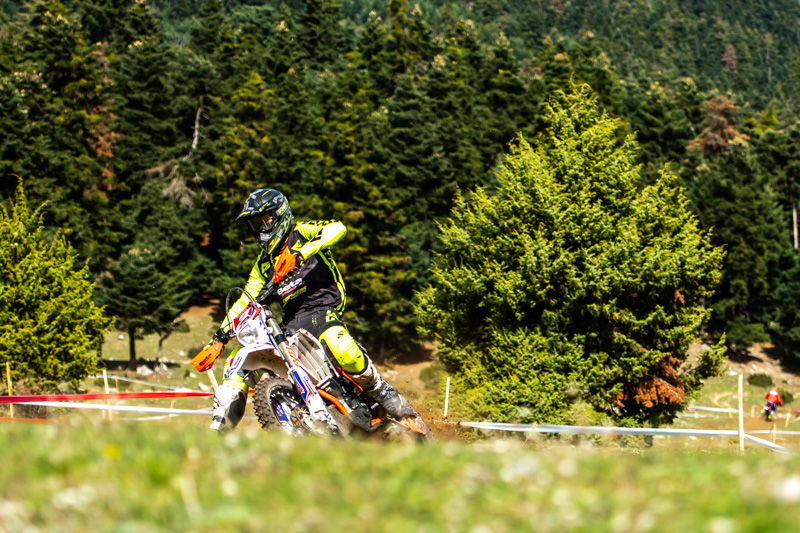 Two separate racing days starting from the central square of the city, with two special routes at an altitude of almost 1,000m and a total of over 360km on hard terrain with tight times, left no room for rest for anyone, revealing impeccable physical condition and technique.

In these difficult conditions, the Beta Chachagias Racing Team appeared perfectly prepared, claiming the victory in the General classification and the promotion of its riders to the podium of both categories in which it participates (E2 and E3). 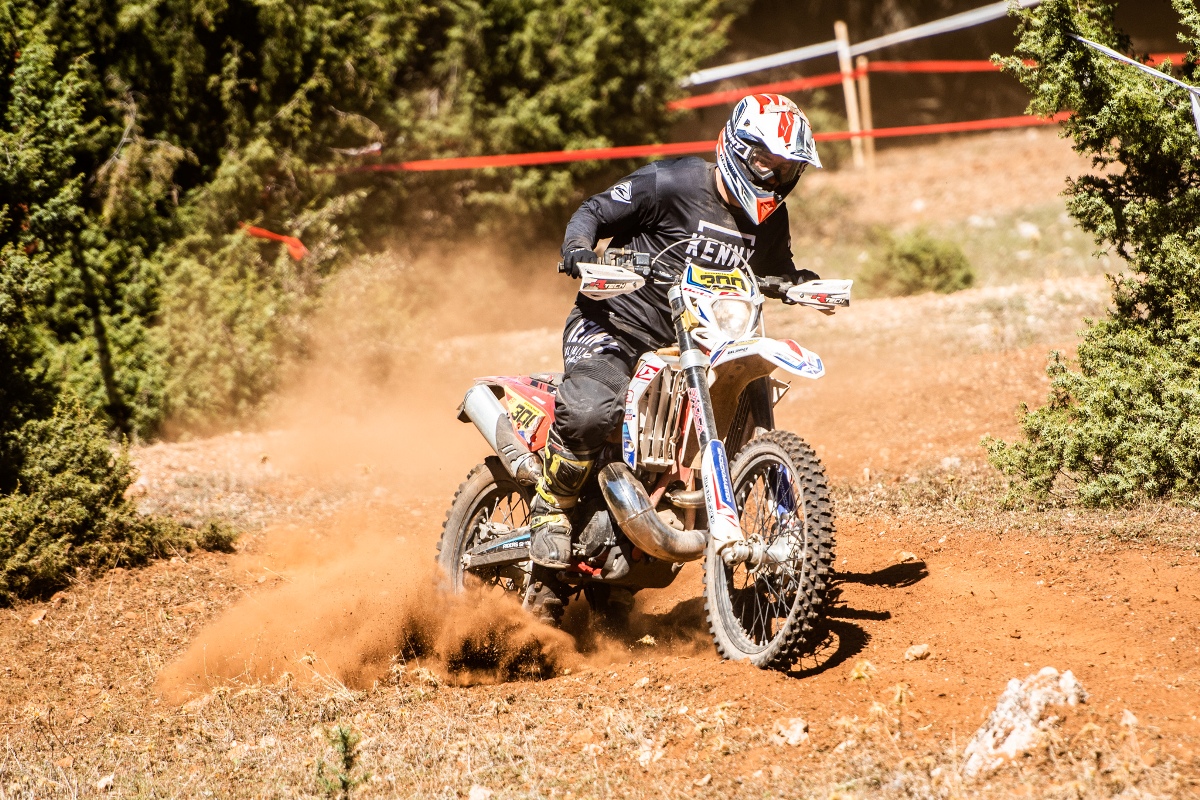 After many years all the riders in the championship found themselves struggling on the single course to meet the tight times set by the organization.

Kakolyris (Beta RR 350 Racing) was the fastest rider of the race in two of the total six passes of the special stages finishing second in the General and E2. 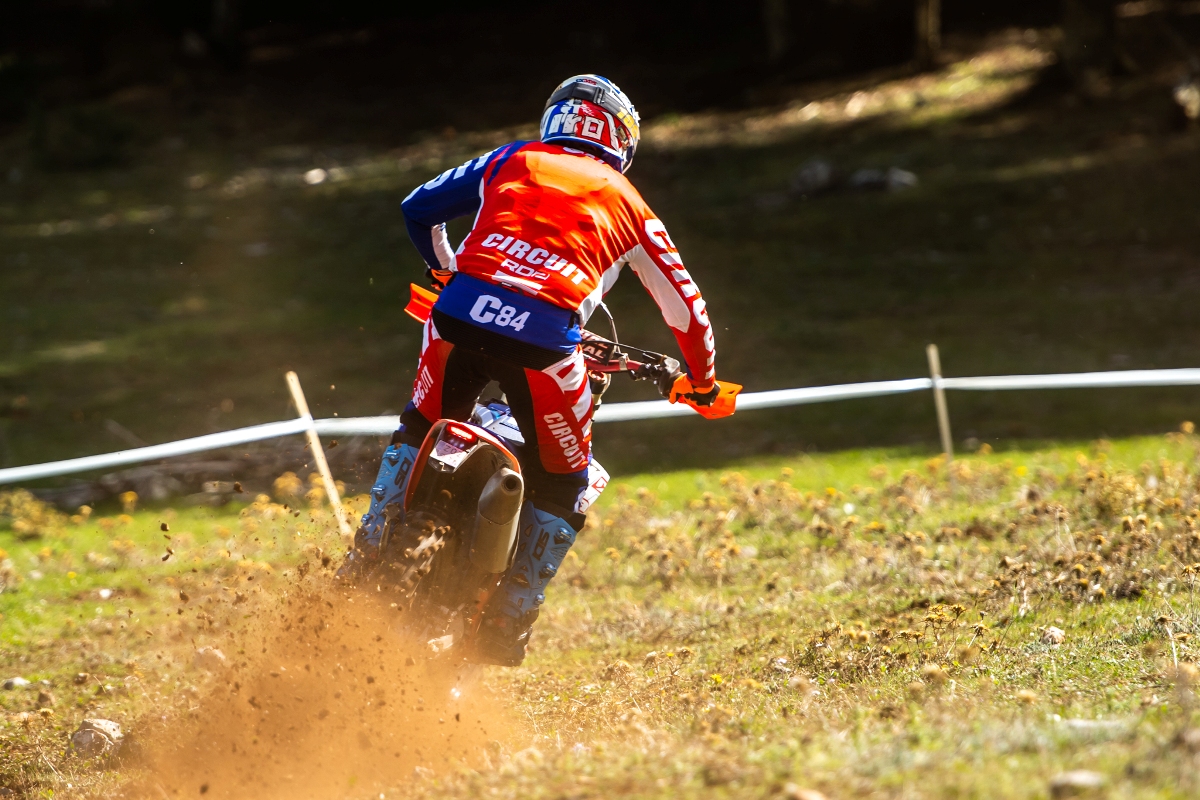 An amazing performance was also made by Manolidis (Beta RR 390 Racing) who showed his class by finishing in third place in E2 and the General classification.

It was a difficult day for Phil Atwill (Beta RR 390 Racing) who started very strongly but a crash and fatigue dropped him to fifth place in his class while Konstantinos Gerontakis was out of the race as a mistake in the refueling process prevented him from complete the match.

Driving impressively and unerringly, Kakolyris (Beta RR 350) won the first place in E2 and the General, simultaneously moving to the top of the standings. A very strong presence also from Konstantinos Gerontakis (Beta RR 300) who managed to find a rhythm and took second place in E3 and fourth in the General classification. 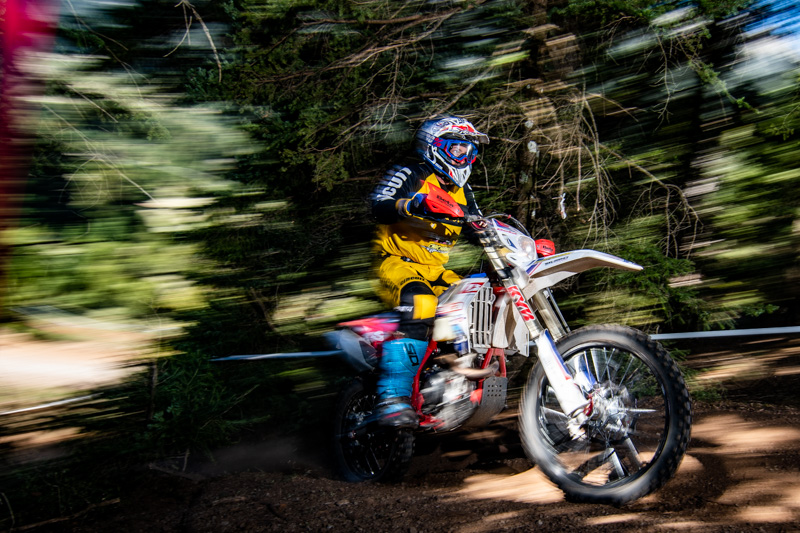 Continuing his amazing run in the field of Enduro, Phil Atwill scored his best performance climbing the E2 podium (3rd) and also took fifth place in the General classification for the first time in his career while Giorgos Manolidis finished one place behind him (4th in E2) completing the highly successful presence of the team in one of the most difficult matches of recent years.

#3 Panagiotis Kakolyris: “After my finish at Six Days (France) I thought that in Amfissa I would have a restful race, but in the end it happened exactly the opposite. The tight times and difficult straight course made me reconsider how I would manage Saturday’s race by pushing within reason. On the contrary, on Sunday, learning my new bike even better, I was able to do a clean and strong race. A very nice and at the same time tough match ended with a positive result for sure.” 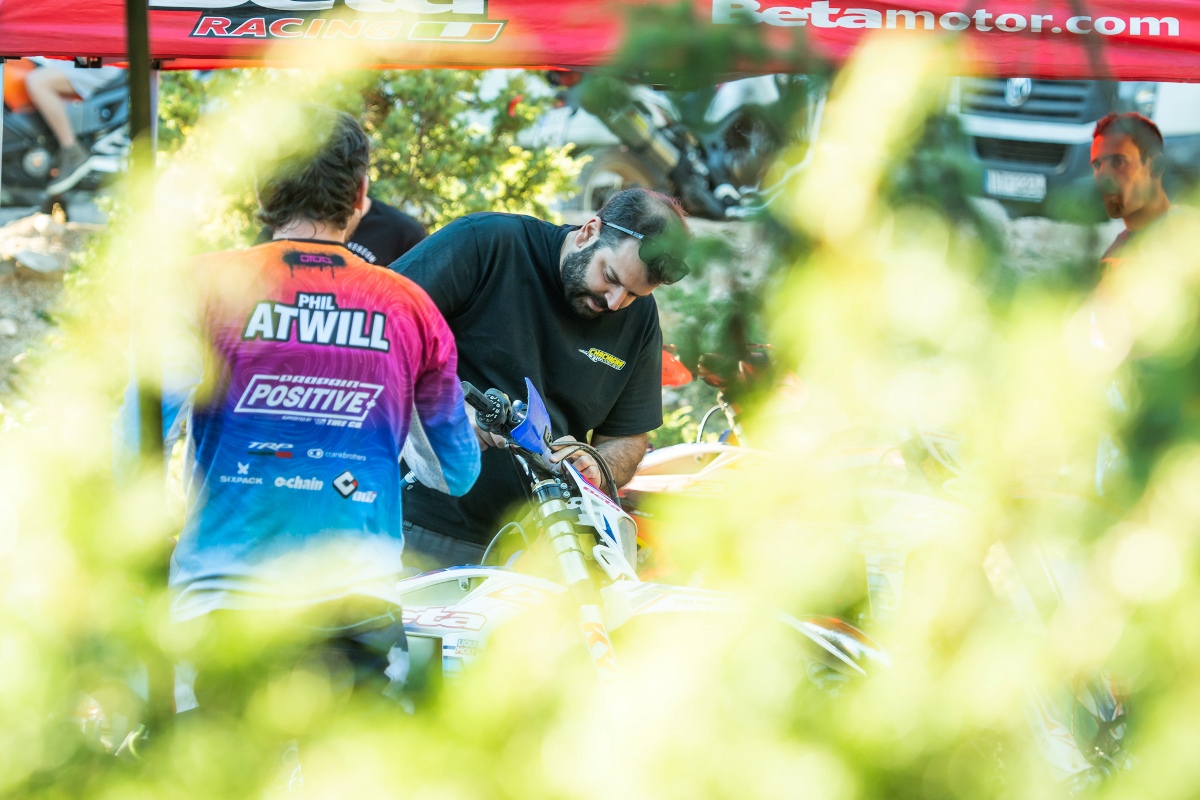 Kostas Hahagias (team manager): “Despite the big gap since the last Enduro race last year, we tried to arrive in Amfissa as well prepared as possible. Panagiotis Kakolyris, having taken part in ISDE in France, was completely ready and proved it in practice by leaving the two-day race with the most points in the General classification. Both Atwill and Manolidis were impressive, while Gerontakis must keep the good performance of Sunday, leaving behind the inexperience error of Saturday. We are already looking forward to the next match, when Giorgos Koinonas, who was absent from Amfissa due to family obligations, will also be present.”

Next destination for Beta Chachagias Racing Team the city of Skydra where on October 16 the third round of the Panhellenic Championship will be hosted.