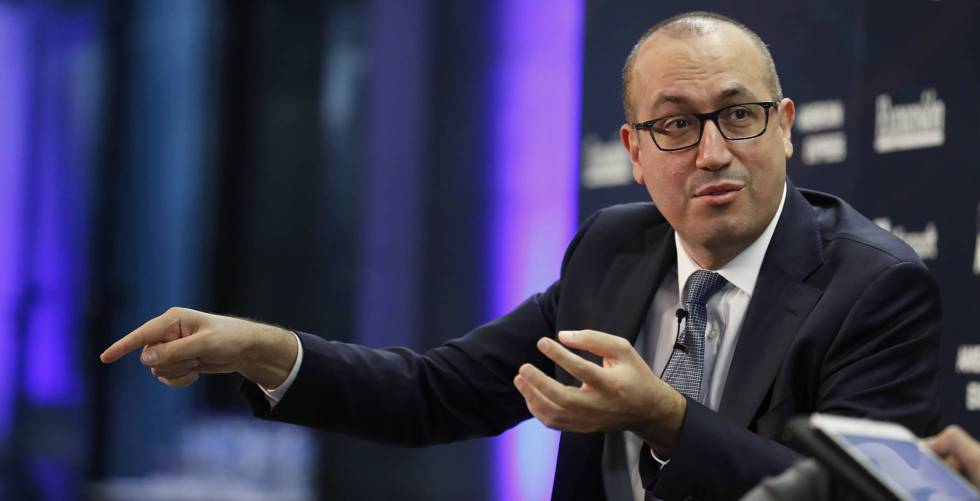 BBVA wants more. Onur Genç, CEO of the bank, assured this Wednesday that the entity is prepared to go shopping and try a new acquisition in the markets in which it is already present. “In the countries we are in, we will do some domestic consolidation if we can,” he said at a financial conference organized by Bank of America. The executive has also given as an example of this policy the failed purchase attempt of Sabadell almost two years ago: “We tried to do it with Sabadell in Spain, for example, because we believe that this local scale is critical.”

In this way, the bank chaired by Carlos Torres continues to scan the market in search of increasing its weight in those territories that it already knows. “The portfolio could change in the future. We think that our business is one of scale, especially in retail banking, which means that if you are not one of the main players in any market, you are doomed”, explained Genç. To which he has added that this strategy is clear: they will only move to be dominant. “We are not going to do another operation like the one we did many years ago for 0.6% of the US market. How am I going to compete with 0.6% in retail banking with JPMorgan Chase? ”, He has settled.

On this issue, Credit Suisse analysts have highlighted in a report after the conference that the excess capital that the Spanish entity has since the sale of its business in the United States for 9,700 million should give room for mergers and acquisitions or to increase the shareholder remuneration. In other words, if it does not undertake purchase operations and maintains excess capital, it is likely that there will be new share buybacks. Or even both options. “Mergers and acquisitions are still possible. BBVA will evaluate the operations that can improve the scale in key markets or offer new entry opportunities through digital strategies”, collects the Swiss bank’s study center.

Genç has also influenced this technological development and the digital strategy in two ways. On the one hand, because of the advantage it gives them to access new markets —the Italian experience has been given as an example, where it already has 108,000 clients almost a year after entering the country—. And, on the other, by diluting the investment among a greater number of users. “The percentage of costs involved in developing software and technology continues to rise. But if I have a larger customer base, if I have a larger revenue base, I can dilute that cost and have a unique intrinsic competitive advantage.”

No rush in Turkey

BBVA’s Turkish experience has been complicated in recent years. In fact, being in an environment of hyperinflation, profitability in the country for the bank this year will be below historical levels, although it is still considered a key market in the future of the group. “We must be patient and we must not be in a hurry because even this year we should recover and perform better than our cost of capital or the inflation figures. We are not in a hurry”, Genç asserted about the evolution of the business in Turkey.

Regarding Mexico, one of BBVA’s engines, the Swiss bank’s analysts consider that it will benefit from the rise in rates in the country. “Despite the global macroeconomic winds and the rises in interest rates, the CEO of BBVA maintains a positive view of asset quality, highlighting that 70% of consumer loans are granted to payroll customers, which effectively manages credit risk”, it is stated in the report.

In the case of Spain, Genç has argued that the loan portfolio remains healthy. In addition, according to the group, a rate hike of 100 basis points in the country would translate into an increase in income of between 15% and 20%. This is largely due to the weight of variable mortgages in the entity’s portfolio, which account for 77% of the total.

Prohibited romance at the IDB: an independent report maintains that the president violated the bank’s policies

The forum ‘Latin America, the United States and Spain in the global economy’ discusses world news with the presence of Pedro Sánchez and Gustavo Petro

European businessmen warn of “loss of confidence” in China