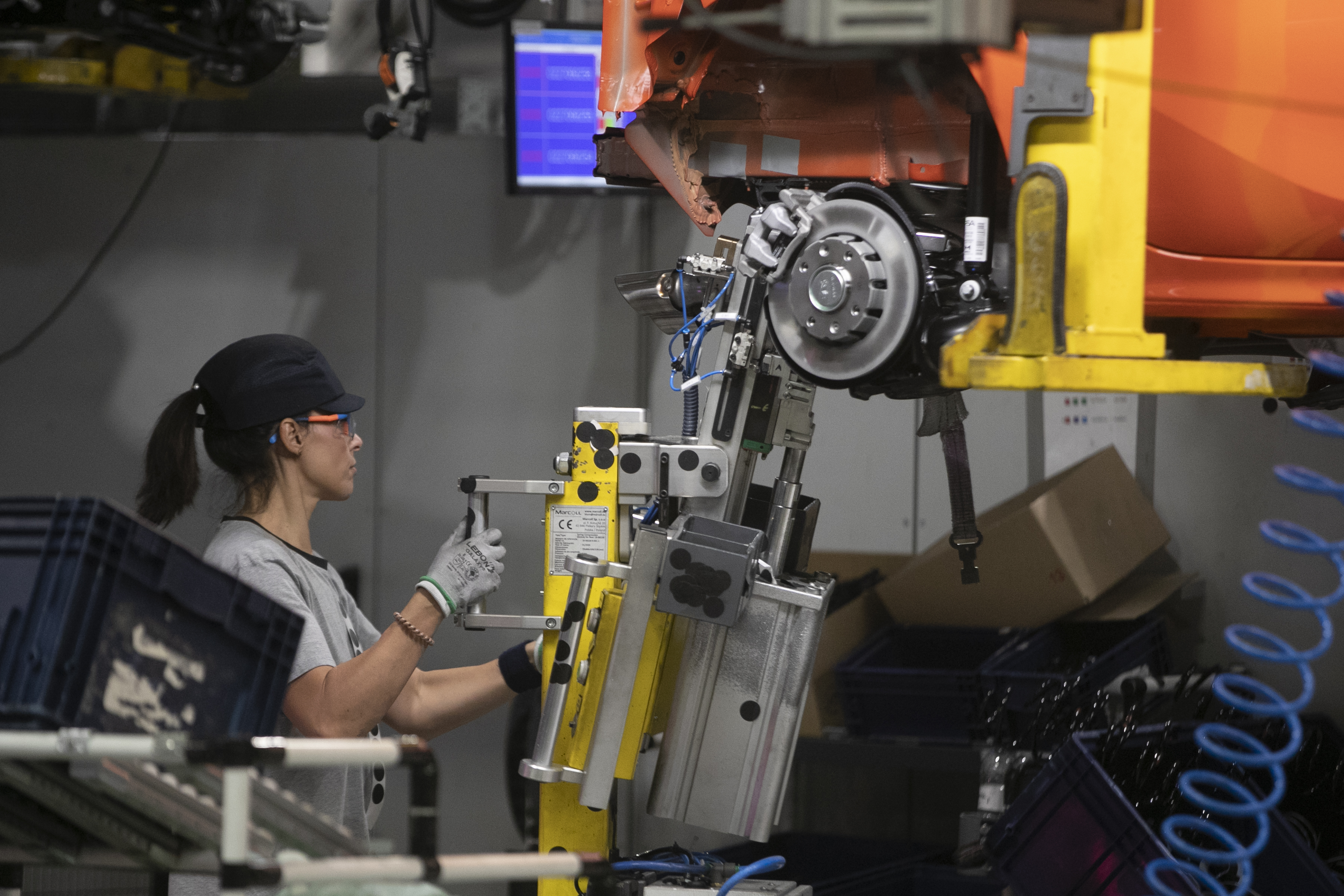 The Spanish economy will enter a technical recession —two consecutive negative quarters— at the end of this year and at the beginning of next year, according to the latest report on the economic situation prepared by BBVA Research. The study service points to a fall of 0.3% in the fourth quarter of 2022, and another equal for the first quarter of 2023. If fulfilled, it would be “the shortest recession in the last 30 or 40 years,” said Miguel Cardoso, chief economist for Spain, at the presentation of the report this Tuesday. The study, which revises the GDP variation upwards for 2022 (4.4%), and downwards for 2023, forecasts that, despite contracting at the beginning of next year, the economy will pick up and end up growing slightly (+ 1%).

Despite the fact that the Minister of Economy, Nadia Calviño, affirmed last Tuesday that there were no signs of a slowdown, the study service is not the first to revise its growth forecasts for next year downwards: the Bank of Spain lowered them this Wednesday to 1.4%. The OECD did the same at the end of September, up to 1.5%. However, the Executive maintains that Spain will grow 2% in 2023. “The period of stagnation will be short and the recovery will be reactivated from the first months of the following year,” said the director of BBVA Research and chief economist of the Group BBVA, Jorge Sicily. The forecasts of the study service for Spain are better than for the Eurozone, where it foresees a recession for next year, after increasing its GDP by 3.1% in 2022.

As for inflation, which is at the center of all economic forecasts, the research service considers that a turning point is already perceived in the Consumer Price Index (the interannual variation for September was 9%). According to the report, the prospects for a slowdown in the economy are already noticeable in the cost of oil, which is at levels prior to the start of the war in Ukraine. In addition, measures to limit electricity prices in Europe, the weakness of the Chinese economy – which has helped to lower gas prices – and the improvement of bottlenecks in international trade are pushing prices down. However, he points out, the rate will remain high: BBVA experts have revised upwards the average variation forecast in the CPI during 2022, from 7.9% to 9.3%, and from 3.2% up to 4.9% by 2023, although they consider that it could end the year around 3%.

One of the keys why the “stagnation period” will not be as pronounced is the savings accumulated during the confinements. This, the report points out, “will soften the effect of the price increase on household spending.” Regarding the contractionary monetary policy adopted by central banks to fight inflation, the study considers that it could begin to have a negative impact on consumption as of the fourth quarter of 2023. The BBVA research service considers that the European Central Bank could raise rates to 2.75%.

The study shows that the containment of price increases will depend on how their cost is distributed among the different economic actors. On the one hand, it points out that, until now, both wages and margins have contributed to moderating the transmission of rising energy costs to households. On the other, it claims the need to formalize an income agreement that, although “in practice, is a fact”, this does not guarantee its continuation.

Asked about the revaluation of pensions according to the CPI, the person in charge of Economic Analysis, Rafael Doménech, pointed out that the study service “has always defended that one of the objectives of the pension system is that they be revalued with the CPI” , but to do so “once the sustainability problems have been resolved”. To meet this objective, Doménech has insisted, it is necessary to “take compensatory measures that reduce the deficit presented by the contributory system.” One of every two euros of the Budgets presented this Thursday in the Congress of Deputies goes to pensions, civil servants and interest on the debt.

The report points out that a high structural imbalance persists in public accounts, so that each reduction in the tax burden or increase in spending “must be associated with a counterpart” that ensures, at least, compensation for that spending. The Budgets for 2023 foresee record global spending and tax revenue.