When NASA’s Artemis-1 moon mission is scheduled to start in two weeks, interested parties all over the world should be able to see the current status of the mission online in real time. This was announced by the US space agency. For this purpose, a separate online portal called “Artemis Real-time Orbit Website” (AROW) is planned, on which the location of the Orion space capsule and which milestones have been completed or are imminent should be visualized from about a minute after the start. In addition, precise data on the spacecraft’s position, speed, temperature, distance and mission duration should also be available.

Data as a basis for your own apps

NASA promises that those interested can even use the data to build their own data visualizations, apps or other software. NASA engineer Richard Garodnick says it’s cool to know what the spacecraft is doing during the mission, “but it’ll be interesting to see what creative projects other people come up with.” In addition, although the application was developed for the Artemis program, the technology behind it could also be used for other missions. The site is scheduled to go online on August 28, a day ahead of the earliest Artemis-1 launch date. The Twitter account of the Orion space capsule should also use this.

Artemis-1 is the first mission of NASA’s ambitious Artemis program, which envisions a return of mankind to the Moon later this decade. In a first step, NASA’s giant SLS rocket is to launch the still unmanned space capsule to the moon at the end of the month. It will then orbit it for several weeks and conduct important tests for the planned crewed flights. After that, she is said to return to Earth and crash into the Pacific. According to NASA, a repeatedly mentioned sub-goal of the Artemis program is to send the first woman and the first black person to Mars. Only white men have participated in the Apollo program so far. 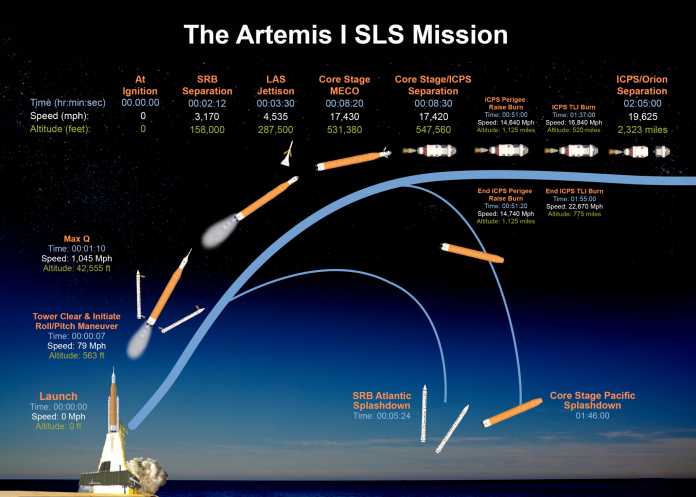 Total outrage in the Andalusian PP: "What the PSOE has to ask for is forgiveness, not pardons"