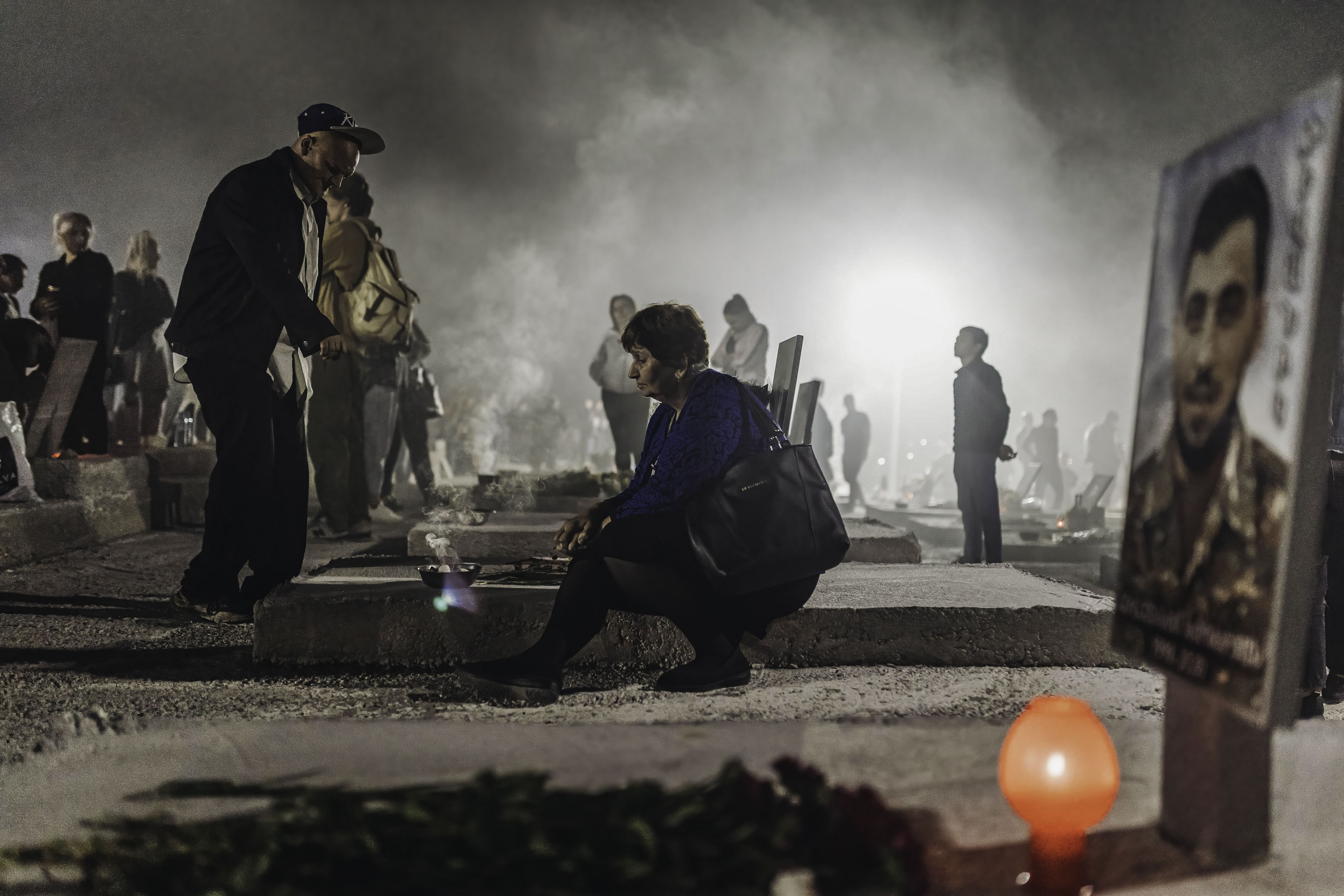 The Prime Minister of Armenia, Nikol Pashinián, has denounced this Sunday the execution of four prisoners of war at the hands of Azerbaijani soldiers as a result of a video with images of the alleged massacre that circulates on social networks. The European Union representative for the South Caucasus, Toivo Klaar, has called for an investigation into the video. The images were allegedly recorded last month, at the height of the escalation of the war between Azerbaijan and Armenia over the disputed region of Nagorno-Karabakh, which has left some 200 dead. In mid-September, after Pashinyan denounced that Baku had attacked areas internationally recognized as Armenian territory, Armenia and Azerbaijan agreed to a fragile ceasefire.

“There is a horrific video of apparently executed Armenian prisoners of war,” Klaar said in a tweet. “If the video is proven to be authentic, it is a war crime that must be investigated and the perpetrators must be punished.” added the EU representative for the area.

Baku has declared that Armenia’s accusations of executions of prisoners of war are “an example of hypocrisy”, and has charged against what it has called the “aggressive policy” of the Yerevan government for decades, which it has accused of committing “numerous war crimes”. The Azerbaijani Foreign Ministry assures that the military prosecutor’s office announced an investigation into the videos published on social networks in mid-September (the one that surfaced this Sunday is not the first).

Another horrible video has emerged of Armenian prisoners of war apparently being executed. If this video is proven to be authentic then this is a war crime that needs to be investigated and the perpetrators punished.

The Armenian Ministry of Defense has assured that the video is “undoubtedly authentic”. A spokesman has stated that at the moment he cannot give specific details about where it was filmed and when. “The authorities are studying the video,” he said. “Armenia will use all available international mechanisms to ensure investigation and accountability. Such acts of violence must be dealt with properly, with consequences for the aggressor”, said the Armenian Prime Minister, who has spoken of “war crimes”.

The Armenian Ombudsman, Kristine Grigoryan, has also confirmed the veracity of the “horrible” video showing the slaughter of prisoners of war. “It is a war crime!”, She has written herself.

URGENT:we just have confirmed the authenticity of the horrific video of wilful killing of #ArmenianPOW’s by #Azerbaijan|i AFs.Based on our video data base material;comparative analyses of terrain;weather conditions;conversations;uniforms of AM soldiers etc.This is a war crime!

September’s escalation is the most serious since 2020, when the decades-long conflict heated up again in Nagorno-Karabakh, a mountainous enclave with a majority Armenian population that is part of the internationally recognized territory of Azerbaijan. Since 1991, that region has functioned as an independent state – the self-proclaimed Republic of Nagorno-Karabakh (or Artsakh in its Armenian name) – with the support of Armenia.

The proclamation of independence caused the conflict to escalate into war in 1991. With the support of Armenia, the separatists annexed more than 7,000 kilometers of Azerbaijani territory outside of Nagorno-Karabakh. In 1994, a fragile ceasefire was signed, which both countries successively accused of breaking until, in 2020, the second Nagorno-Karabakh war broke out. This new war conflict ended when Russia signed a three-way ceasefire agreement with Armenia and Azerbaijan to end almost 50 days of fighting that allowed Baku to recover part of the territory it had lost between 1991 and 1994.

In the context of Russia’s war in Ukraine, Azerbaijan is now trying to seize the moment to control more territory in an area that is part of Moscow’s sphere of influence.

After the escalation in mid-September, Armenia asked for help from the Collective Security Treaty Organization (CSTO), a Eurasian military alliance led by Russia and which also includes Belarus, Kazakhstan, Kyrgyzstan and Tajikistan. The CSTO did not intervene, which has again caused Yerevan’s disappointment. Russia, which sells weapons to Armenia and Azerbaijan, does not seem to want to enter a new conflict scenario. Baku receives strong support from Turkey and has significant energy potential that underpins its economy – in July it signed an agreement to double gas supplies to the EU.

While Russia watches the situation out of the corner of its eye, the United States and the EU, which had barely played a collateral role during the 2020 escalation, have stepped forward to shape the dialogue between Armenia and Azerbaijan and weave a peace agreement. Representatives of both countries are expected to meet at the summit of the European Political Community (a project proposed by the French president, Emmanuel Macron, which seeks to unite the Twenty-seven plus the candidates and countries that are close and strategically important to the EU) in Prague. in a few days.