ArianeGroup: Space capsule “Susie” for cargo and up to five people presented

The name “Susie” stands for “Smart Upper Stage for Innovative Exploration”. The space capsule, which is 12 meters high, five meters wide and weighs up to 25 tons, should initially be able to be launched with the new European Ariane 6 rocket. Later it should also fit successors.

The ArianeGroup promises that Susie is a flexible, modular, safe and reliable vehicle for carrying out important missions in space, regardless of whether it involves automatic payload transport or flights with up to five people on board. The spacecraft is said to return to the surface “with high precision” after the mission’s completion and land softly. The loading area will therefore be 40 m3 in size, which means that payloads of up to seven tons can be flown to earth.

With your consent, an external video (Kaltura Inc.) will be loaded here.

This would result in a wide variety of usage scenarios, from missions in earth orbit, construction work on large infrastructure in space and transport flights to help with the reduction of space debris. The ArianeGroup promises that flights into lunar orbit are even possible with an additional module.

According to Morena Bernardini of ArianeGroup, the concept is a response to the newly awakened European ambitions in terms of space exploration and human spaceflight. It is the result of years of development work and builds on the experience that has already been gained. The future needs of Europe have also been analyzed for this, access to space must be completely rethought.

Thanks to the “maximum potential for reuse”, not only the costs of use can be minimized with Susie. It could also pave the way for fully reusable European launch vehicles. The space capsule can also be integrated into future rocket systems without major subsequent adjustments.

The Susie concept is part of a launch vehicle family project proposed by the ArianeGroup to the European Space Agency ESA as part of the NESTS (“New European Space Transportation Solutions”) initiative. This includes three launchers of different sizes, which should be reusable and modular. With this, Europe’s largest rocket builder probably also wants to react to the competition from SpaceX, the US company now flies into space about once a week with a reusable Falcon 9 payload. People are also brought to the ISS with it.

But while the ArianeGroup wants to catch up with the concept, SpaceX is already working intensively on the much larger successor rocket Starship, which is soon to complete its maiden flight and should completely change space travel once it is ready for use. 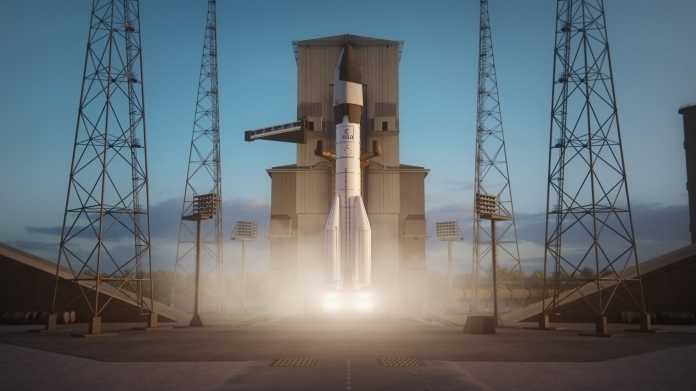