Antonio Alonso, coroner: “There are corpses with a high concentration of cadmium without there having been a poisoning” 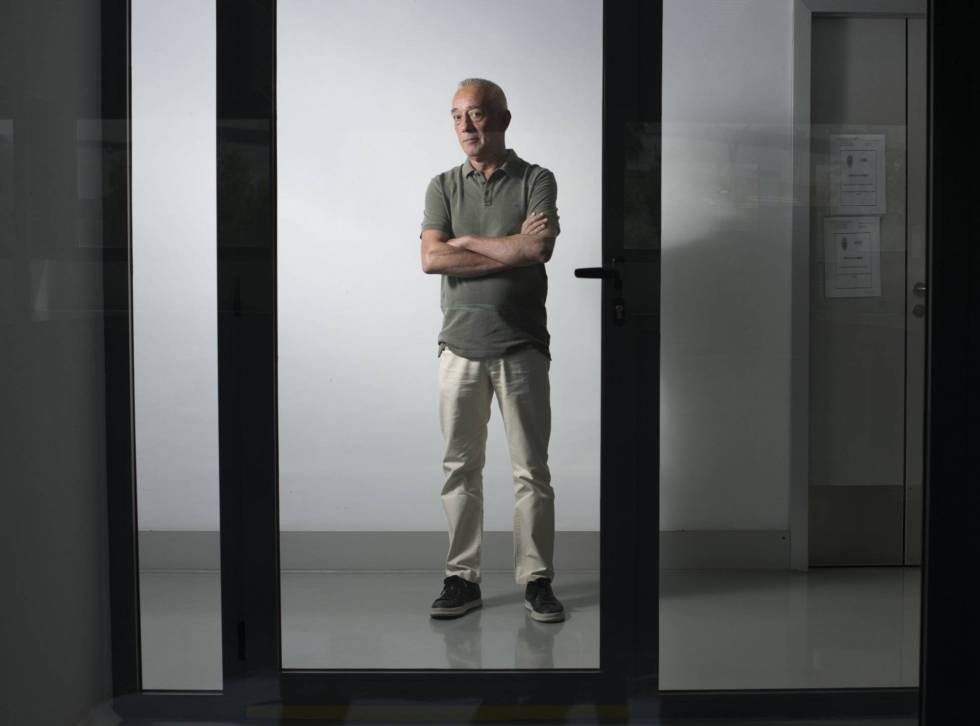 Numerous television programs have repeated in a loop in recent days that the marriage formed by the actor Luis Lorenzo and Arancha Suárez Palomino could poison her octogenarian aunt with the toxic substance inside some batteries, to collect her inheritance. The report of the autopsy carried out in Asturias assures that the old woman, Isabel Suárez, died “in a violent way”, due to “an acute intoxication by heavy metals”, as it would show that she had 200 times more cadmium in her blood than usual in a person live. This weekend, however, the National Institute of Toxicology and Forensic Sciences, in the Madrid town of Las Rozas, published in their social networks information that went completely unnoticed: two scientific studies of more than a dozen corpses from the United States and China, with extremely high levels of cadmium in their blood, whose deaths had nothing to do with poisoning or intoxication. One of the Chinese cases had exactly 200 times more cadmium than normal, just like the aunt of the wife of actor Luis Lorenzo.

The director of the institution, the biologist Antonio Alonso, analyzes these precedents in an interview with EL PAÍS, in the midst of the scandal over the alleged murder of Isabel Suárez. Alonso recalls that a 61-year-old American, Russell Repine, died in 2002 apparently from a heart attack, but his autopsy suggested cadmium poisoning. Local authorities began looking for cadmium in other deceased in the county and found a dozen corpses with extremely high levels of this metal, present in batteries, paints and tobacco smoke. American researchers, however, concluded that it was a natural phenomenon. The National Institute of Toxicology and Forensic Sciences now has to report on the case of Isabel Suárez.

Ask. The cases of the United States and China are similar to that of the actor Luis Lorenzo’s aunt, allegedly poisoned. In a cadaver, can a concentration of cadmium 200 times higher than normal in life be a normal finding?

Response. If we stick to what these reports from the United States and China say, we have to take that data with great caution. The fundamental conclusion is: beware, high amounts of cadmium have been found in autopsies of people who did not have cadmium poisoning. A team from the Beijing Institute of Forensic Sciences in China found a case with amounts 200 times higher than normal ranges, and intoxication could be excluded. These are the data that our institute has posted on his official account, as a reference center whose function is also to spread knowledge in toxicology and forensic sciences. Obviously, we cannot speak and we will not speak of a specific case.

Q. Generally speaking then, does having a cardiac blood cadmium level 200 times higher than usual imply that you have been poisoned by batteries?

R. According to these scientific articles, there are other possible explanations. The authors state that, as a consequence of death and decomposition phenomena, there is a redistribution of many chemical substances from some tissues to others.

Q. Researchers from the United States Centers for Disease Control and Prevention explain in one of those studies that cadmium, like other metals, tends to accumulate during life in the liver and kidneys, with levels that can be 1,000 or 10,000 times higher than in blood, respectively. Upon death, that accumulated cadmium is redistributed through the veins.

A. People have traces of cadmium inside their cells. As a consequence of cell death, all of this is released into the bloodstream and much larger amounts can appear than those found in a living individual. That is the explanation of why these amounts of some heavy metals can be found.

I ask everyone to be extremely cautious in interpreting the evidence. Science is neither immediate nor infallible

Q. So, a concentration of cadmium, in cardiac blood of a cadaver, 200 times higher than usual can be a perfectly normal and natural finding?

A. That is what is stated in the China article. It all depends on the post-mortem interval: the time that passes from the moment of death until the sample is taken. The longer that interval, the higher the concentration, as a consequence of this redistribution mechanism. From what these works say, great caution must be taken when interpreting high amounts of cadmium, because they may be due to post-mortem processes, regardless of whether or not there is intoxication.

A. A poisoning is an intoxication that has criminal intent. What is said in these works is that, beware, there are some cases with a high concentration of some heavy metals, such as cadmium, without there having been poisoning or intoxication.

P. An important detail, according to these two studies, is that if high concentrations of cadmium appear in cardiac blood, but not in the liver, this suggests that the explanation is not poisoning.

R. That is another piece of information that can indeed support that this increase has been produced by this redistribution in the tissues.

Q. Is the heart a suitable point to sample blood from a cadaver for cadmium and other heavy metals?

A. The data from these works indicate that the amount of cadmium is much higher when cardiac blood, blood from the ventricles, is analyzed.

Q. Where does cadmium come from in a normal person?

R. We have traces of cadmium from breathing, because it is in the environment, for example, from tobacco. They are very small amounts, of the order of less than one microgram per liter in blood, and here it increases 200 times due to that redistribution that occurs in the post-mortem process.

P. In the American study they mention nine corpses with cadmium concentrations between 82 and 600 micrograms per liter of cardiac blood, levels “incompatible with life that can be easily misinterpreted as the cause of death.”

A. Indeed. What the team from the Institute of Forensic Sciences in Beijing also come to say is that in a significant percentage of cases —depending on where the sample is taken and the post-mortem interval— there are very significant amounts of cadmium.

P. You were one of the authors of the European guide Interpreting forensic genetics (Sense about Science, 2019), in which they warned that there are genetic tests that seem definitive and lead innocent people to prison, but later it turns out that they were not definitive . If you shake hands with the postman, your DNA stays on his hand. If the postman later kills someone, your DNA may show up at the crime scene. With these tests that seem definitive, such as cadmium levels 200 times higher than usual, you have to be very careful.

R. Yes, that would be my reflection, my fundamental message, in a general way. We have to be very careful in interpreting the results of an investigation. The expert has partial evidence, but is unaware of the rest of the investigation. Here there is only one person, who is the judge or the investigating judge, who really knows all the details of the investigation. There’s a bit of a CSI effect here too [la serie de televisión estadounidense sobre científicos forenses]: science is infallible and immediate. Well, there is a fundamental principle of criminal investigation, which is the presumption of innocence. Yes, even if I have a reliable DNA or toxicology test, [mi hipótesis] It is impossible, because that individual was not at the scene, I have to try to explain all the possibilities. So what I ask of everyone — from the experts, the experts, the information media — is a lot of caution in the interpretation of the evidence. Post-mortem analysis of toxicological results seems very simple, but sometimes it is not so easy. Science is neither immediate nor infallible.