Another end of abundance is possible 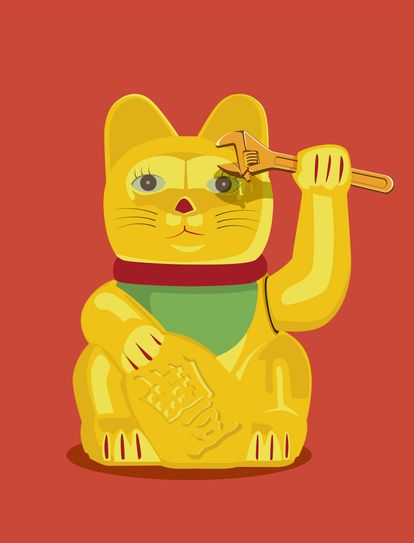 French presidents have the virtue of being able to generate great phrases that, sometimes without precise content, are an indicator of the circumstances in which we live. Thus, Sarkozy spoke, in 2009, of the need to “refound capitalism”, and now, Emmanuel Macron has defined the economic and political moment through another lucky phrase, “the end of abundance”. The president was referring, in this case, to the end of an economic cycle in which energy prices, natural resources and low interest rates were driving strong growth, the foundation of our economic and social progress. The phrase sounds devastating and warns that we must get used to living in a world where scarcity is the norm and not the exception.

This is not the first time that Western economies have faced an “end of plenty” cycle. The economic crisis of 1973 had many factors, but perhaps the most remembered is the increase in the price of oil, which multiplied by four in just a few months, taking inflation to figures that, in the case of Spain, reached 25%. in year-on-year terms at the end of 1977. Also then, the world had to face a significant rise in interest rates —which reached 19% under Volcker’s mandate—, uncovering a debt crisis that, at that time, was focused in the defaults of emerging economies, such as Mexico, in 1982. The inflationary process, which was also combined with a stagnation in growth, coincided with the awareness of the limits to growth, a concept that was popularized thanks to the report that, by 1972, it had developed the newly created Club of Rome. The economic and natural resource crisis was combined with the first confirmation of planetary limits. The glorious thirty had ended.

History wanted Macron to speak of the end of the second “age of abundance” the year in which the Club of Rome report turned 50 years old. In these 50 years, studies on the carrying capacity of our nature and on planetary limits have come a long way. The Club of Rome itself, now without its main author, Donella Meadows, continues to regularly publish updates to the original report, confirming initial intuitions. More recently, the team from the Stockholm Resilience Center has established a new calculation on the planetary limits: of the nine limits established in their system, the human being would have already exceeded five. The best known is climate change, to which must be added the integrity of ecosystems, land use, pollutants and the deterioration of biogeochemical flows.

The simple answer to this new end of abundance is, as economic and physical resources are no longer readily available, to get used to lower growth rates for a while. Simple to expose, but socially unacceptable if it is not accompanied by a better distribution of income and wealth. The way out that we found at the end of the first era of abundance was the economic policy of Reagan and Thatcher, which notably increased economic inequality, generating social gaps that we had not yet closed. The way out that we find now cannot go in the same direction, since a new round of increasing inequalities can be a political and social tinderbox that threatens our democracies. And yet, as the central bankers have certified, we are headed for a new cycle of adjustment policies. So we are compelled to face this new cycle from new pillars: a fair ecological transition and a new social contract should be the starting points of the new economic policy. The fundamental challenge we face is finding a way to protect the most vulnerable sectors from the effects of these adjustment policies that we are inevitably going to have to implement. It will be necessary to act quickly, solvency and seriousness, but also with a certain degree of audacity and risk taking. Thus, the new end of abundance should be different from that of the 1970s.

Joseph Moses Martin He is an economist and contributor to Agenda Pública.

The political embolization of the Valencian 'bous al carrer'