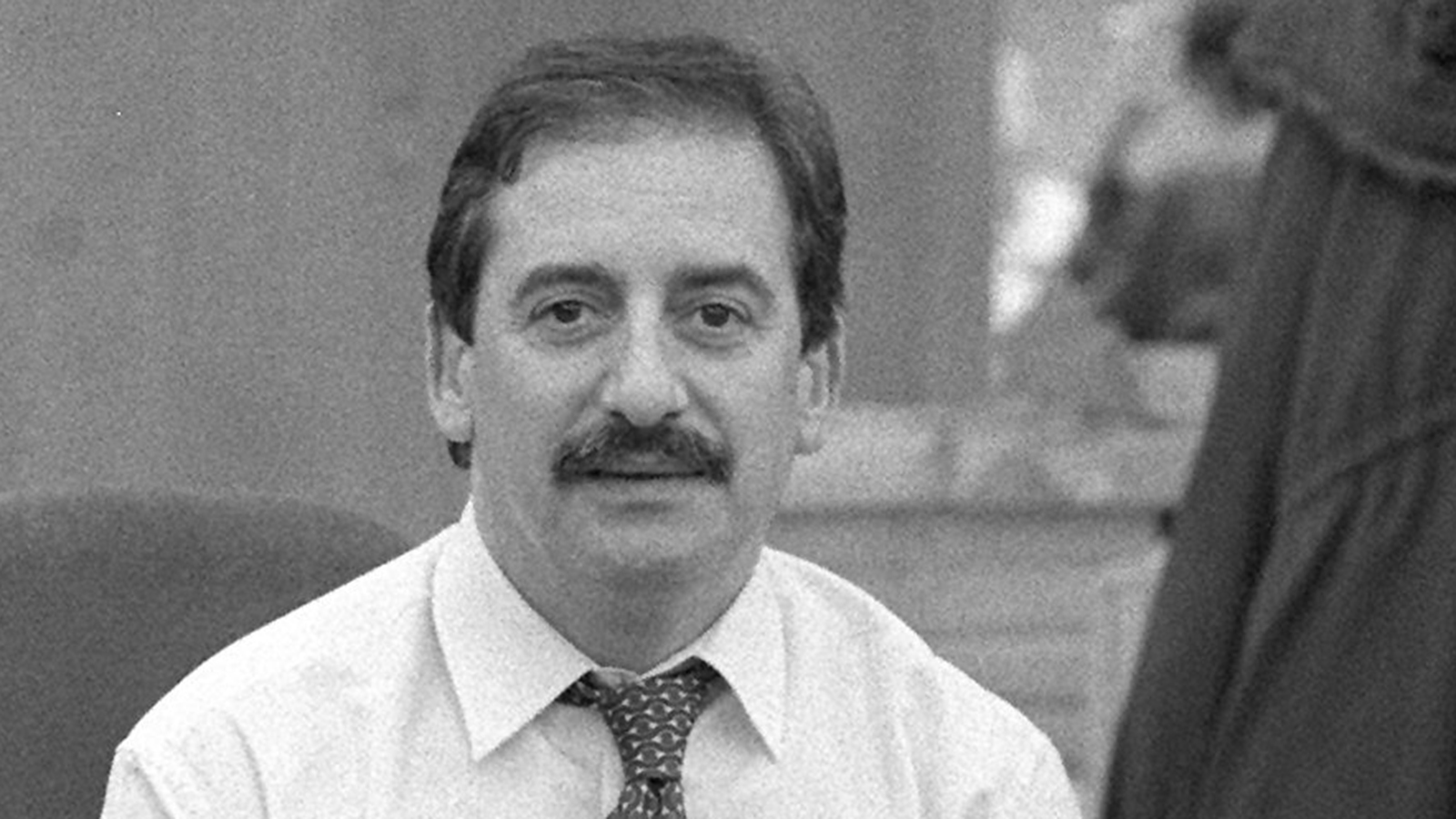 Ander Landaburu (Paris, 1944) was more than a good journalist. Beyond his brilliant professional career, he was a good man, someone for whom journalism, the task of telling what is happening, had the additional mission of helping to solve problems and illuminate the pain and concerns of the people. . It is possible that this way of being and looking was the result of his vital experience. Son of Francisco Javier de Landaburu, Vice President of the Basque Government in exile, and godson of José Antonio Agirre, Ander inherited from his father a vocation for writing and an open and conciliatory spirit that he shared with the other six siblings. of the. The years of his childhood and youth in Paris marked him with a French air in his accent and in his appearance —halfway between Asterix and Inspector Clouseau—, with a highly developed European vision.

His return from exile coincided with the final stretch of the Franco regime, and from the beginning he put his work and dedication to the task of recovering democratic freedoms and helping to consolidate a precarious transition threatened from different fronts. One of them was that of ETA, where he had traveled for a short time. Perhaps that experience later contributed to consolidate his rejection of violence and his unwavering defense of democracy. He did it from the first hour in the pages of the weekly Cambio 16, of which he was a part since its foundation. He was one of the first Basque journalists, if not the first, to introduce nationalism into the post-Franco Basque political equation, but without concessions to ETA’s terrorism, which inside and outside our borders still exhibited an anti-Francoist label.

Ander’s signature is in the chronicles of many of the events that marked that time: the events of Vitoria and Montejurra in 1976, murders and kidnappings of the branches of ETA and parapolice groups, the convulsive start of autonomy in Euskadi , the dissolution of the political-military ETA, the dirty war, the attempts to seek a negotiated solution with the ETA that continued to kill until a decade ago.

He also lived intensely the Spanish politics of those years from Madrid and later moved his gaze to Central America, where he was a direct witness of the wars and revolutions that shook that part of the world (Nicaragua, El Salvador, Honduras), where being a correspondent meant being an adventurer sometimes risking life at the same time. However, the risk or the difficulty, far from frightening him, were an incentive to get closer to the objective. He proved it again when he returned to his beloved Basque Country, where he had his roots and where he never finished leaving.

His last professional adventure was in 1997 to launch the newsroom of EL PAÍS in Euskadi with a few veterans and a group of young journalists, also at critical moments, when ETA theorized its strategy of socializing terror through the paroxysm of kale borroka and the car bombs, the consecutive and prolonged kidnappings of Ortega Lara and Cosme Delclaux, and after their release, the terrible murder of Miguel Ángel Blanco after a trap ultimatum. Then came the Ermua forum, the Lizarra truce, its rupture and the succession of ETA attacks against popular and socialist councilors and noted political and social figures, the outlawing of the organizations of the nationalist left, the PNV’s escalation of sovereignty with Arzalluz and Lehendakari Ibarretxe for a decade…

All this torrent of events had to channel Ander in circumstances of high tension. Especially when the threat of the terrorists against the non-compliant media became suffocating and bit into the Landaburu family, with repeated attacks on the family’s home in Zarautz and, finally, with the package bomb that maimed his brother Gorka, also journalist. Not even at that time, with half of the newsroom in Euskadi forced to work under escort, like himself, did he lose the courage or the desire to promote understanding, despite everything. Of course, without political concessions to violence. He was one of the protagonists of the documentary Traidores that Jon Viar directed a year ago with some of the youthful ETA militants who later became famous for their staunch defense of democracy and their rejection of terrorism: Patxo Unzueta, Jon Juaristi, Mikel Azurmendi, Jon Uriarte, Iñaki Viar, among others. He did not lose it either when in the first decade of this century he had the first warning of cancer, which he has fought without fuss.

A friend of his friends and open to strangers, a passionate conversationalist and dialoguer, an excellent imitator of Groucho Marx, hopelessly curious about any matter that deserved to be told, a lover of good literature, the quintessence of that magnificent and supportive tribe of the Landaburu, he was hard to get along with Ander. To get pissed off he had to impose his voice and it was impossible for him to maintain his anger, no matter how heated, for more than an hour.

In just four months, the bullets of the disease have taken two people who shared a time, profession, concerns and friendship: Patxo Unzueta and him. Two professionals who leave a deep mark on this newspaper and on their Basque Country. It will be difficult to get used to not hearing the “what’s up, brother?”, which with a gabacha sonority opened the call or the meeting with Ander. An unfathomable sense of loss for Mirentxu, the other half of his life, and his daughters Ainhoa, Naiare and Libe. Also for those of us who knew him and were lucky enough to enjoy his kindness and friendship. See you always, brother.