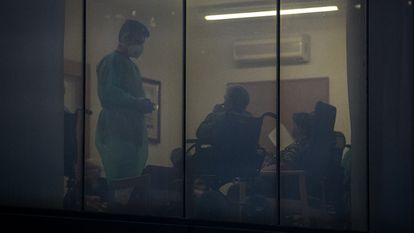 A nursing home, in a file image.Albert Garcia

The Mossos d’Esquadra have arrested an 89-year-old man as the alleged perpetrator of the death of another, 78, whom he would have assaulted last midnight in a nursing home in Barcelona. According to Mossos sources, the homicide occurred around 00:30 today in a nursing home in the Horta-Guinardó district for reasons that are being investigated.

The victim has died shortly after the attack and agents of the Mossos Criminal Investigation Division who have traveled to the residence have proceeded to arrest the alleged murderer.

The Criminal Investigation Area of ​​the Barcelona Metropolitan Police Region has taken charge of the investigation.