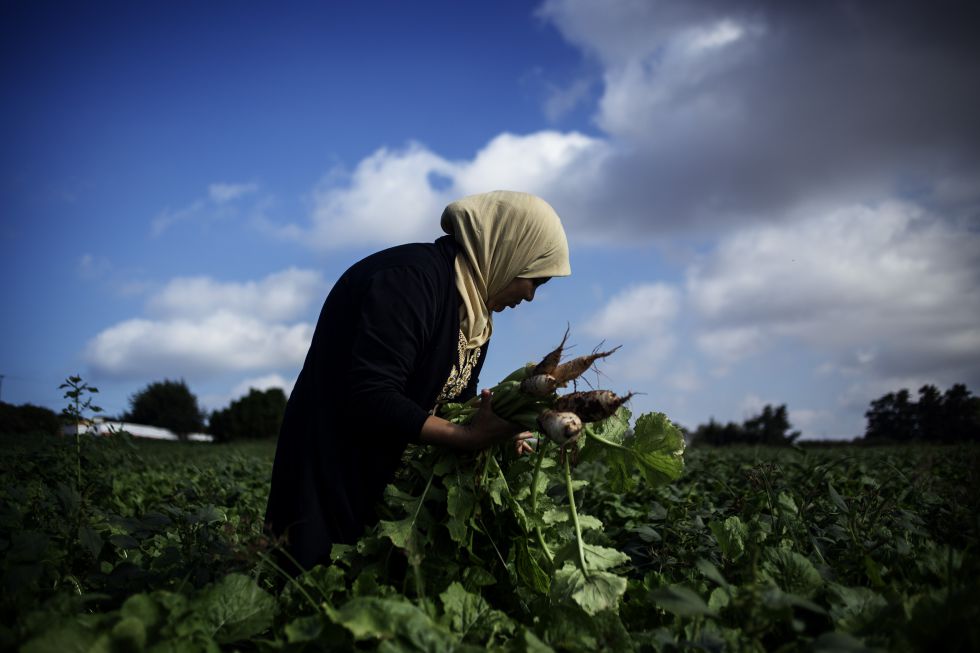 In September 2020, six women denounced the man who acted as an intermediary looking for them jobs in the field in Cartagena (Murcia) and transferring them to the farms where they earned their wages. They accused him of having raped them repeatedly. The man, in provisional prison since then, sits this week on the bench and faces sentences totaling 95 years in prison.

The accused, Minoune Zouhir, born in Morocco in 1961 and resident in Spain since 1989, chose his victims well: they are all Moroccan nationals, they were in Spain alone, they had no papers, they did not speak Spanish, they barely knew how to read or write on their own language and had no financial resources. They were the most vulnerable within a sector, that of agricultural workers, which was already precarious. According to the account of the Public Prosecutor, before and after the rapes, Zouhir threatened them that he would denounce their irregular situation so that they would be expelled from Spain or that they would not have a job again if they told what had happened or if they did not continue having sexual relations with him. .

For María José Blázquez, head of the Women’s area in the Federation of Industry of Workers’ Commissions in the Region of Murcia, this is the “most flagrant” case of sexual assaults on agricultural workers in recent years, only matched by that of another group. of Moroccan seasonal workers who denounced their foreman in Huelva in 2018.

He speaks with knowledge of the facts, since the union was key to starting the investigation against Zouhir: two of the victims went to a collaborator of that organization and told her about the abuses, and the union itself was the one that went to the Civil Guard. And it is that, although the cases of sexual harassment, touching, obscene insinuations, sexual proposals and humiliating treatment towards temporary workers are an open secret, says Blázquez, there are very few who dare to bring it to justice. “There may be a rumor, comment between colleagues. But those who suffer from it, very rarely tell about it. It is not only a painful situation for them, but also a shameful and humiliating one. They are afraid of losing their job, of retaliation. The worst of all is that, in many cases, these attitudes of superiors have been normalized, ”he laments.

Added to this is the fear of being disowned by their own families, the feeling that no one is going to believe them, the difficulty of facing a judicial process in a foreign country, without resources, without work, without support. And the unflattering background: the Huelva case was archived, although it is being appealed to the Provincial Court. In the Region of Murcia itself, last August, an agricultural businessman reached an agreement in accordance with the woman he admitted having raped, thus managing to avoid jail. This case generated a great social commotion and media and judicial uproar and motivated the Prosecutor’s Office to initiate work to defend that the statements of the victims of sexual assault in the investigation phase can be considered “preconstituted evidence” to avoid having to testify again. in the oral trial.

This has not been the case this time. The six women, between 29 and 49 years of age, have declared in the Provincial Court of Murcia behind closed doors. According to the prosecutor’s account, Zohuir took them to a farm where he had a small orchard and some animals, offering them work and, once there, he raped them. A behavior that he repeated several times with each of them. One of the civil guards who participated in the investigation and who has appeared as a witness explained that Zohuir’s arrest was precipitated when on September 26, 2020 they received notice that the man could be committing an attack on that farm. They stopped him when he was about to leave it with his car. The woman, one of the six complainants, was still inside.

In his statement before the judge, the defendant has denied all the facts. According to his version, only on two occasions had he himself hired these women: two of them to move wheat into a room, and a third, on the day of the arrest, to pull weeds. The other victims, he has acknowledged, were on that farm, but not working for him, but passing through, when he transferred them back from other farms. He stopped to feed his animals and while they picked some vegetables for their own consumption. He was never alone with them, nor did he have relations with any of them. In his opinion, one of the victims denounced him “for revenge” after having lost a job and, together with another of them, set him up so that he would be arrested. It will be the judge who determines if that statement is upheld once the oral hearing is over. The case is expected to be seen for sentencing this Thursday.

The three houses of the week: from a 15th-century castle in France for 25 million euros to a Galician house on the estuary for 3.7 million