Dell subsidiary Alienware has announced the AW3423DWF PC monitor as the sister version of the AW3423DW. Both models use the same technical basis in the form of a 34-inch QD OLED panel from Samsung in 21:9 format with 3440 × 1440 pixels and 1800R curvature.

However, the new AW3423DWF replaces the previous G-Sync Ultimate module from Nvidia with classic monitor electronics without further naming. The price drops from 1300 to 1100 US dollars. The AW3423DWF probably no longer has any fans.

For those who are interested, this changes little: The electronics of the AW3423DWF support Adaptive-Sync for dynamic refresh rates and are certified by AMD with Freesync Premium Pro. Nvidia’s GeForce graphics cards can also handle Adaptive-Sync – the Alienware monitor is just not G-Sync Compatible certified.

Meanwhile, the maximum refresh rate drops from 175 to 165 Hertz if you operate the panel via DisplayPort 1.4 and with a color range of 8 bits per channel. With 10 bit, both models have a maximum of 144 Hertz, with HDMI 2.0 100 Hertz due to the lower transmission rate.

The typical brightness is unchanged at 250 cd/m², as is the peak value of 1000 cd/m² when displaying HDR content. The AW3423DWF also thinks almost completely of the DCI-P3 color space 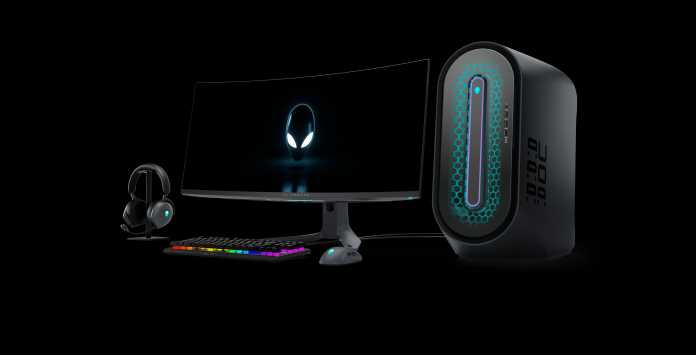 Strengths and weaknesses of QD-OLED

Optical differences are not to be expected with the QD OLED panel. The AW3423DW was already convincing in terms of contrast and color representation. However, the panel shows color fringes on all high-contrast edges for technical reasons – how strongly you perceive this differs from person to person.

Alienware will begin shipping the AW3423DWF to the first countries later this fall. A euro price has not yet been determined. Despite the weak exchange rate, Dell continues to sell the previous AW3423DW with G-Sync module in its own store for 1300 euros – albeit with long delivery times. The 1100 US dollars of the AW3423DWF currently correspond to almost 1360 euros including VAT (not included in US prices). It remains to be seen to what extent Alienware will differentiate between the two monitors in Germany.