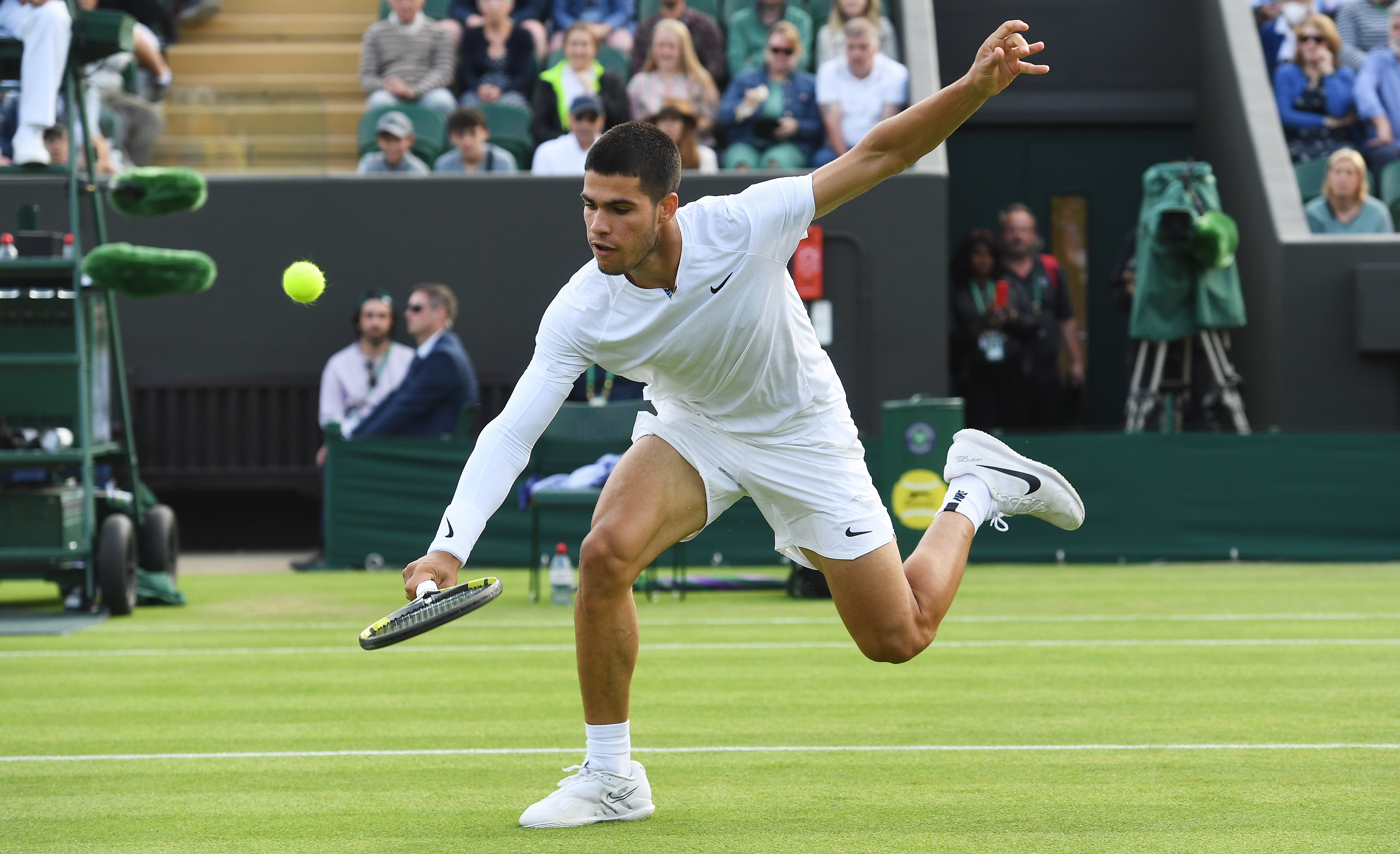 The days go by at Wimbledon, three pages less on the calendar now, and Carlos Alcaraz gets better color. After the complicated debut on Monday, resolved in five sets, the Murcian increased his performance against Tallon Griekspoor and beat the Dutchman 6-4, 7-6(0) and 6-3 (in 2h 06m). This time there was no excess of curves or squeezes, but a growing and linear performance. The boy, 19 years old and a golden future, controlled and dominated his rival from start to finish, and landed in the third round of the tournament. He will face the German Oscar Otte (36th).

“The hours on the track help you feel better and better, I’m getting used to it more and more. I want to continue enjoying myself and I’m looking forward to playing in the central ”, he pointed out after parading through Court 1, the first day, and 2 in the second appearance, in which he once again left spectacular actions. “People like those types of points that are not so common, but tennis needs variety, players of all kinds; some like me, but also others with a different style”, added the man from El Palmar.

On this occasion, Alcaraz showed that being more settled on the surface and that his adaptation has allowed him to climb a step. After overcoming the abyss in debut thanks to the service and the punch, this time he prevailed based on balance and harmony. He recorded 39 winners, a sign the forehand is starting to heat up, and made only 20 errors. Griekspoor, neat but with little sharpness in his racket, allowed him to gain sensations and enter the third scale of the great British for the first time.

It was also reached by Novak Djokovic, who gave an acceleration. The 35-year-old Serb and defending champion lost only seven games to Thanasi Kokkinakis (6-1, 6-4, 6-2) and will face his compatriot Miomir Kecmanovic on Thursday.

Meanwhile, the excess of tension took its toll on Alejandro Davidovich from Malaga. On Monday he starred in the first big bell, by eliminating Hubert Hurkacz in five sets; yesterday, however, he short-circuited the outcome against Jiri Vesely: 6-3, 5-7, 6-7 (2), 6-3 and 7-6 (7), after 3h 51m. In the tiebreaker, referee Carlos Ramos penalized him with the point that cost him the game for an outburst and throwing a ball off the track.

“What I have had is a bit of mental retardation”, the 37th in the world, Wimbledon champion during his time as a junior (2017), reproached himself; “You learn from this and I will try to make sure it doesn’t happen again in the future. I have made a mistake that I must accept. It’s not cool to finish like this, although I’m happy with the performance and I’m going to stick with it”.

The singer R. Kelly, sentenced to 30 years in prison for abuse and sex trafficking in New York