Abascal renamed the PSOE in a crowded plaza in Jerez: “Neither worker nor Spanish socialist party”

After Seville and Cordoba, Vox fills a place again, now in Cádiz. the president of Vox, Santiago Abascalthe head of the list for Cádiz, Manuel Gaviraand the Vice President of Castilla y León, Juan Garcia-Gallardo, have once again gathered thousands of people in a rally. In Jerez de la Frontera (Cadiz) and without the presence of the candidate Macarena Olona, Vox has managed to bring together new big crowd of people on the Dona Blanca Square. From there, Abascal has renamed the PSOEparty to which he has referred, and it is not the first time this campaign, as the “Neither worker nor Spanish Socialist Party”. A socialism that, the president of Vox has recalled, was expelled from Andalusia for corruption.

On the other hand, Abascal has rejected the warnings that the PP has issued in recent weeks: “If you do not vote well, you have to repeat elections” and “that he is going to give advice to Citizens, despite not having representation.” In other words, “it doesn’t matter what you vote for.” However, he has warned that “he will not consent to blackmail.” On the other hand, he has referred to the effort of the PSOE to silence the Vox message, “Because demonizing us is not enough for them”through the media, where the acts of this formation hardly appear, despite, he said, that journalists, “who often work in precarious conditions, send their chronicles.” 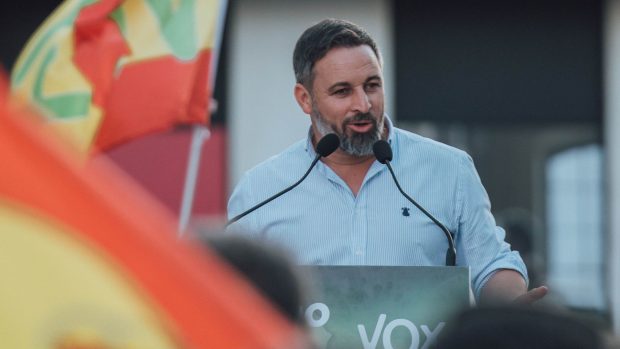 In short, the PP sends the message that “with the PSOE in anything and despite everything, with Vox nothing.” Something you have considered “a stroke to millions of Spaniards who trust Vox, to those of you who fill the seats, and to the 800,000 Andalusians who voted for us in November 2019». And he has warned that “we will not tolerate it”. He has also criticized the fact that the PP limits itself to talking about the economy. In this way, the ideological battle has always been left to the left.

For his part, the head of the list for the Andalusian Parliament for Cádiz, Manuel Gavira, has emphasized that “Vox is the party of the street, the one that is close to the people, the one that listens to the real problems of the neighbors” . For this reason, he has reminded the families that live off the campo in the province, the ranchers y farmers, «who get up early to be able to carry out their exploitation, while there are politicians, here and in Brussels, thinking about how to squeeze them more and more». “That is why we have started our campaign in Alcala de los Gazulescradle of Andalusian socialism where so many corrupt socialists came from, “he explained.

Nor has he forgotten the fishermen of the linewhom he has denounced, Gibraltar pirates “harass and cut the nets in Spanish waters”. “We have to defend the dignity of our country and recover the prosperity of the Campo de Gibraltar to get it out of the blackmail of the pirate Fabian Picardo. That is why we have to close that damn gate”, Gavira has sentenced. In relation to the Government of Juanma Moreno, the candidate has lamented as “a false change that has been limited to managing the socialist heritage.” So in Cadiz, «we continue with the same unemployment figures that Susana Díaz left us, the same temporality and the same precariousness». “It is not written anywhere that my children have to leave the land where they were born due to lack of opportunities,” she lamented.

For all these reasons, “at Vox we defend our industry, our trades, our primary sector, our prosperity, our people, our traditions and our way of living and understanding life”, he concluded.

For his part, the vice president of Castilla y León, Juan García-Gallardo, has assured that on June 19, the Vox ballot contains “meritocracy, honesty and government experience”.

In addition, women “have to know that there is a government that is committed to equal opportunities and before the law”. And he has given as an example the Government of which Vox is a part, where “the three advisers that Vox has contributed are experts in their field.”

On the other hand, the General Secretary of Vox, Javier Ortega Smithhas participated today in a public act in Guadix together with the number two of the Granada’s candidacy for the Andalusian Parliament, Ricardo López Oleaand number three on the list, Cristina Jimenezat a rally in which he stressed that “in Spain we are tired of living room environmentalists” and only Vox is on the side of our farmers and ranchers, who are the “authentic conservationists, the good people who give Andalusia its name and prestige ”. 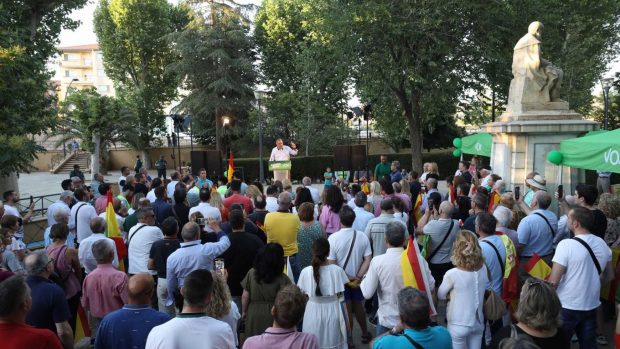 Ortega Smith addressed those attending the public event in the square Pedro Antonio de Alarcon de Guadix narrating a conversation with a producer in the area: “I have asked him what we can do for him, and he has replied that if it is possible for the laws to be made by people who know how to do it”, the laws that “with common sense” Vox will put on going.

Likewise, the secretary general has warned of the contempt for the rule of law by illegal immigrants “who enter trampling on our laws and our sovereignty”, while at the same time lamenting that there are Spanish families “who have had such a hard time buying a home and that it takes months to kick out the criminal who has occupied their house.”

“We have come to give a voice to each of the Spaniards who have spent years enduring the contempt of some and the betrayal of others. We have come to raise the flag of lowering taxes and to put an end to so many thugs who live off their pay”, Ortega Smith stressed.

enemies of the people

For his part, Ricardo López Olea, has made reference to the lies that the parties that have betrayed Spain want with their attempt to impose the 2030 agenda. “They are the enemies of the people and of the middle and working classes”, and with this type of policies “today we have to reap the bitter fruits of decades of socialist government: the second highest youth unemployment in Andalusia, uncontrolled illegal immigration and every day more of our neighbors living in poor neighborhoods and without resources”.

Likewise, Lopez Olea He has pointed out that Vox is the only party that stands up to the PP and the PSOE and their two-party system of power. “The only ones who oppose each and every one of their aberrant ideologies, are us. In Andalusia we have suffered for decades the socialist dictatorship of the beach bars, the patronage networksof the captive vote, of the parallel administrations, of the plugged in, of the money of the unemployed for whores and cocaine of some caciques and their Andalusian farmhouse”, and before them is Vox.

On the other hand, Cristina Jimenezhas insisted to all attendees that Vox is one step away from banishing the progressive policies that have condemned our land to being the caboose of the Spanish regions. “Don’t be fooled, both the PSOE and the PP embrace them in their government programs: gender violence, the indoctrination of our children in schools, radical environmentalism, energy dependence, a parallel administration of plugged in and corrupt, the historical forgetfulness that confronts the Spaniards and the oblivion of the rural world”.

To complete, Jimenezhas assured that at Vox we are prepared to reach the government of the Board: “We have the best team, we have the best candidate, Macarena Olonaand we have you so that the real change reaches Andalusia”.

The island of temptations: end of the boys’ bonfire and full girls’ bonfire, tonight

The video of the second vice president of Ximo Puig: “I c… in God and in the p… Virgin”