A woman arrested for murdering another in her house in the center of Madrid: “Come, I think I’ve killed her” 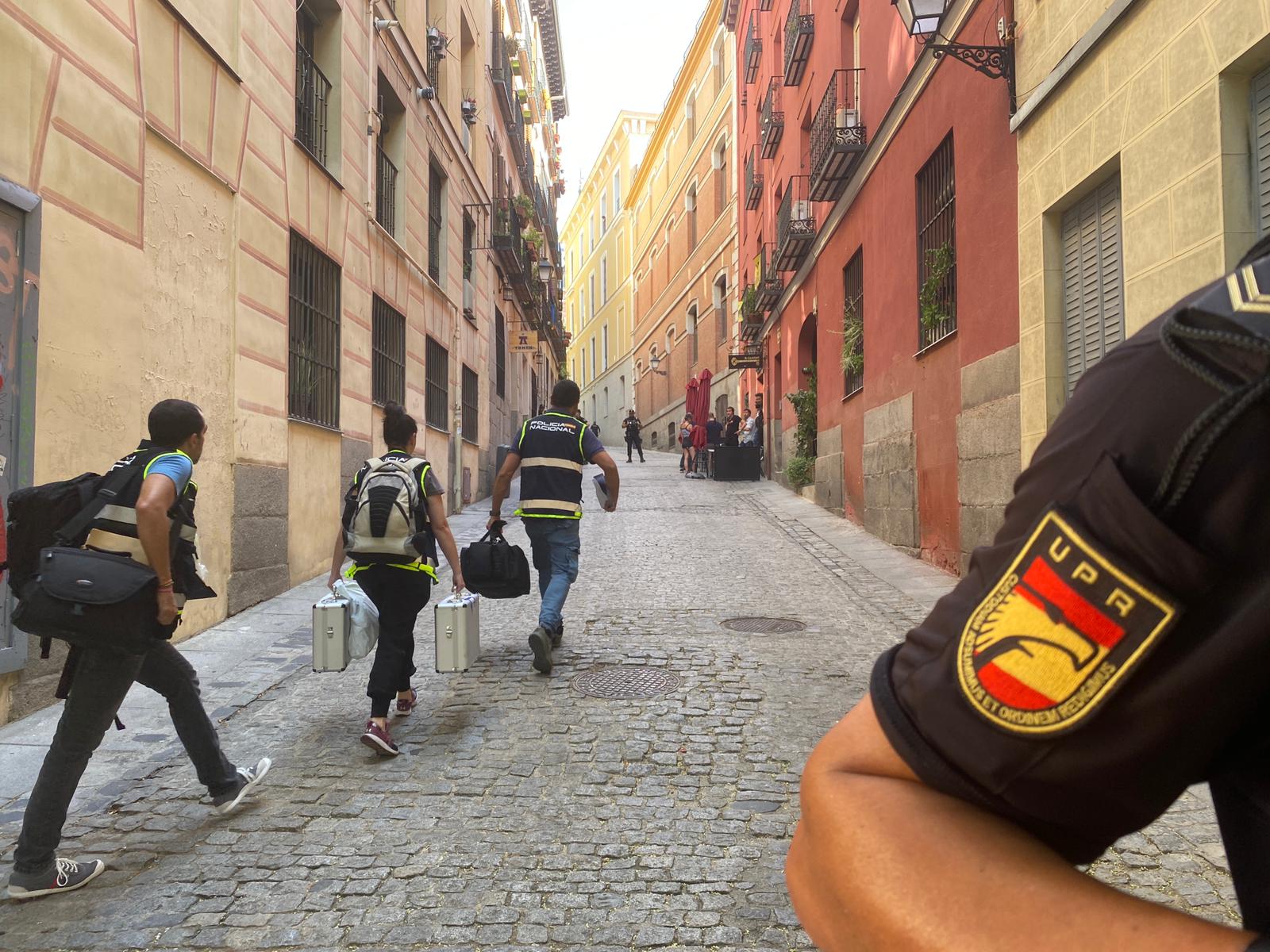 The diners at the Camoatí restaurant had just sat down on the terrace when several agents came running and on motorcycles. “Have you seen anything?” They have been asked, in a hurry. Nothing had happened there. At least from outside doors. What they were looking for was at number 6 Calle Alfonso VI, in the La Latina neighborhood of Madrid, inside a house. A neighbor has opened them and the agents have thrown the door of the house down. But on the floor of a second-floor apartment, a 31-year-old woman was already dead. The Summa toilets have not been able to do anything to save the life of the victim, who had already lost too much blood. Shortly after, a 37-year-old woman was arrested in front of the Camoatí terrace, just as she was going down the street. Several acquaintances of the women point out that they were a couple.

A few minutes before the police arrived, the alleged murderer had called a friend: “Come, I think I’ve killed her.” Instead of going, she quickly called the ER to tell the Summa that Ana, her friend and her detainee, might have hurt the other woman. “The police have been heard shouting: ‘Bring down the door,’” explains Raúl Fernández, one of the restaurant’s customers who had just arrived at that time, around five in the afternoon. Shortly after the alleged murderer appeared on the street, she was walking down the street, the agents recognized her. “It’s her!” one shouted. The policemen handcuffed her and took her to the floor. “She was calm, like gone,” adds the witness.

The victim had five stab wounds to the chest and stomach, explained an Emergency spokesman. The place has been attended by members of the Prevention and Reaction Unit (UPR) who have cordoned off the street, agents of Group VI of Homicides and the Scientific Police. Two Summa ambulances have also arrived, but by the time they received the call it was already too late for the woman. The investigators have taken samples in the house although the first indications suggest that the murderer has used a kitchen knife to stab her partner. A spokeswoman for the Superior Headquarters of Madrid has indicated that both had a record, although she has not specified for what crime.

“Every day there are riots in that house,” commented one of the neighbors leaning out the window while the police arrived at the scene of the crime, a flat from which the LGTBI flag hung on the balcony. Waiters at a nearby bar have also said they knew the women and had been involved in some fights or arguments in the past. Another resident in the area has indicated that he had seen them that same morning early in the morning leaving a bar walking the dog. “They were quite well known in the neighborhood, they were always very well dressed and they were always arguing, it was normal to see them in bars. Sometimes they could be heard from the balcony”, commented another neighbor who had just left his house and met the police. “They had fights, but nobody expected this to happen,” they commented at the bar.

An hour and a half after the arrival of the police, the alleged murderer has left handcuffed and has been taken away in the police car. A few minutes later, an agent came out with the couple’s white chihuahua in his arms. Police sources have explained that they will contact relatives to find out if someone can take care of the animal.

The police investigation will now have to investigate what has happened in that house where the neighbors heard so many screams.