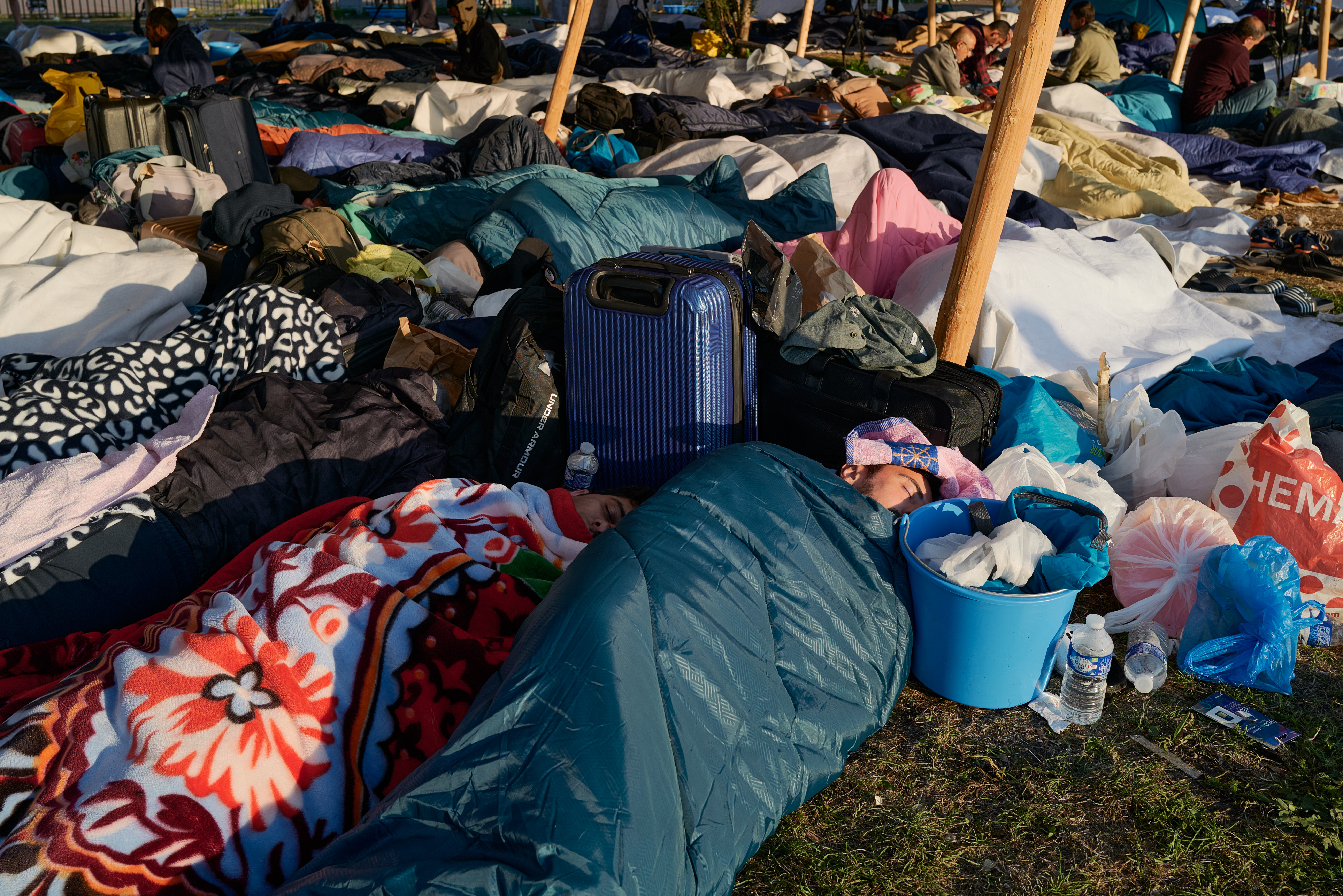 The Dutch Congress has asked the Government for explanations on Thursday for the death of a three-month-old baby in the gym of the national center that manages asylum requests. The lack of reception places to refer applicants from that center, located in the town of Ter Apel, in the north of the country, has led to overcrowding inside and outside its facilities. As a result, some 700 refugees have had to sleep rough for several nights. The death of the child has been confirmed by Eric van den Burg, Secretary of State for Justice, and an investigation has been opened. For its part, Doctors Without Borders, which has sent a team to the site of the first operation of this kind carried out in the Netherlands, assures that two men have had to be rushed to hospital. The City Council of Groningen, the municipality to which Ter Apel belongs, does not want people sleeping outdoors starting this Friday.

One of the patients is diabetic and has been without insulin for days. The other has heart problems, according to spokesmen for Doctors Without Borders. At the moment, the Health and Minors Inspection service is investigating the causes of the baby’s death, as explained in a note published by the Ministry of Justice. It says the following: “For now, we know little about what happened. Unfortunately, there was no medical help at hand.” The inspectors must find out if it was a medical problem and also if support was offered before the death. In addition, they will examine the conditions of the gym, and of the external spaces in Ter Apel. The humanitarian organization provides basic health and psychological assistance outside the center, and has confirmed the presence of skin infections and wounds among the people concentrated there. The latter is attributed to the lack of hygiene; there are not enough bathrooms and the ones that exist are not clean either.

The images of hundreds of people sleeping in sacks or in tents next to the downtown buildings have surprised and embarrassed Dutch society in equal parts, which until now witnessed a tug-of-war between the central government and local powers to be able to temporarily house people. They all pointed to each other, but the lack of reception places, together with the refusal of some 250 municipalities to accept asylum seekers, has caused a plug that the death of the baby has made unbearable.

After meeting with the rest of the Cabinet, the Minister of Justice, Dilan Yesilgöz, has declared that she is looking for ways to help “together with several municipalities”. “The problem of receiving asylum seekers can only be solved by having more places available,” she defended.

Fall of giants on Janus Peak