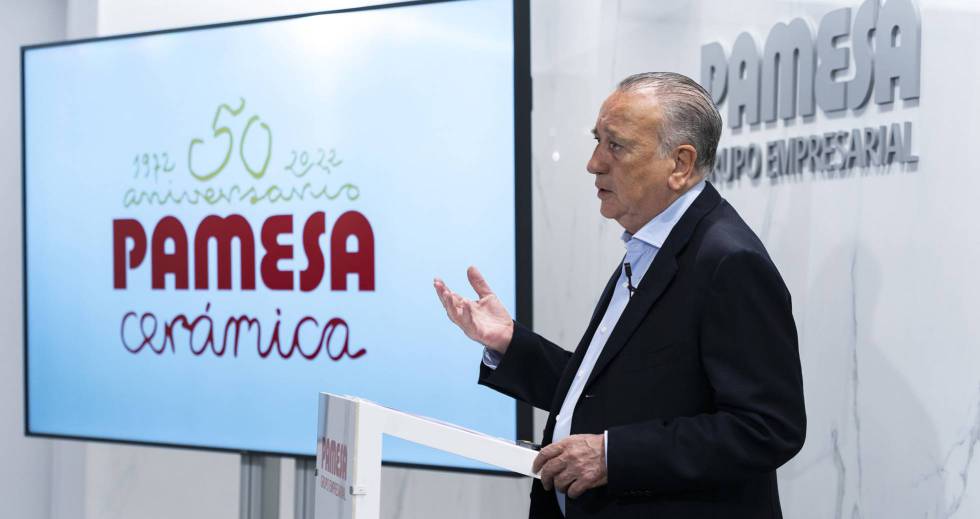 Azuliber, one of the main producers of atomized clay, belonging to the Pamesa group, has announced the total cessation of its production as a result of “the current unsustainable situation, caused by high gas prices”, to which is added regulatory uncertainty .

This has been announced by the Pamesa group in a statement, where it reports that this company will apply an ERTE that will affect its 117 workers for productive and organizational reasons, along with the stoppage of its high-efficiency cogeneration plants.

For its part, the Ferroatlántica factory, located in Cantabria, has also stopped all its furnaces due to the high cost of energy and does not know when it will be able to resume its activity, sources from the works council have assured Efe.

“With these energy prices practically nothing can be done”, assured the president of the works council, Francisco González.

From Pamesa they affirm that after three letters sent to the Government and the Generalitat (on August 11, 19 and 26) warning of the situation “without reply or actions that could help” the sector, they are forced to make decisions that never they would have wished

They highlight that in the last year the cost of atomizing a ton (Tn) of clay, a raw material used for the production of ceramic tiles in Castellón, has increased by 1,047%, a “totally unaffordable” price for the sector.

That is why, they affirm in the statement, that they have no choice but to undertake organizational restructuring measures consisting of applying an ERTE at the Azuliber atomized production plant located in the municipality of L’Alcora (Castellón).

It is a plant with 117 workers and a monthly production of more than 100,000 tons of atomized clay. The factory, acquired by Pamesa in September 2021, also has a high-efficiency cogeneration plant with an installed capacity of 31.96 MW.

From the group, they assure that the costs of CO2 emissions are also at historical maximums, since the price has experienced an increase of 33% in the last year (going from 60 to 80/Tn), and 200% if it is compared with August 2020, when the price was 26/Tn).

Azuliber has been working since 1972 seeking energy efficiency, respecting the environment and creating jobs, say the same sources, who point out that the current situation leads them to take this measure, as they see “no institutional interest in solving this problem “.

At Ferroatlántica, after the Russian invasion of Ukraine in March, they were already forced to stop all their furnaces for the same reason, as they expected the price of electricity to drop. Five months later the situation repeats itself at Ferroatlántica, where they believe it will be a “black” autumn and winter.

The factory has been in Cantabria for 107 years and has 150 workers on its staff. It is part of the Ferroglobe group, a multinational specialized in ferroalloys and other metal products that was born from the integration of Ferroatlántica and Globe Specialty Metals.

The president of the Generalitat Valenciana, Ximo Puig, has called on the central government to promote or approve as soon as possible support measures for high energy efficiency cogeneration with excess electricity production discharged into the Electric System to avoid the closure of these plants.

In a letter sent last week to the Minister of Ecological Transition, Teresa Ribera, to which Efe has had access, Puig warns that the volatility of electricity prices and the increase in the price of gas, added to the previous situation that the sector was already supporting, led to the temporary closure of the cogeneration plants located in the Community.

The president recalls that “there is currently no viable alternative”, and insists that the closure of cogeneration “threatens the viability of the business activity it serves”, among which the ceramic sector of the Valencian Community stands out.

Carreño adds and continues: he is already in the third round of the US Open